Statement from artist Michael A. Cummings: "To be born in a free society and not to be born free is to be born into a lie. To be told by co-citizens and co-Christians that you have no value, no history, have never done anything that is worthy of human respect destroys you because in the beginning you believe it."

This art quilt #3 was created after reading James Baldwin's statement above. I was so moved by his observations that I decided to pay homage to this great American. Being African American myself, I felt his pain and disappointment. I embarked on a journey to translate his words into a quilt. I started with an idea to make one quilt, however, my imagination expanded, and I moved to additional quilts. There are four quilts in this series each with variations. Each quilt has symbols of icons that are prevalent in American society. I included the American flag, Confederate flag, and Christian cross. I used a red x on all four faces. X symbolizes rejection, exclusion, invisibility, not correct, wrong color and segregation from freedom to vote or live where you choose. I also placed the title of Langston Hughes poem in the Quilt "I, Too, Am America." This poem also brings into focus what Baldwin was referring to in his statement. Quilt #2 in this series was shown on a PBS program in December 2019 called Crafts in America. Quilt #1 in this series is now in the Schomburg Center for Research in Black Culture's Art Collection, New York."
Set Alert for Similar Items 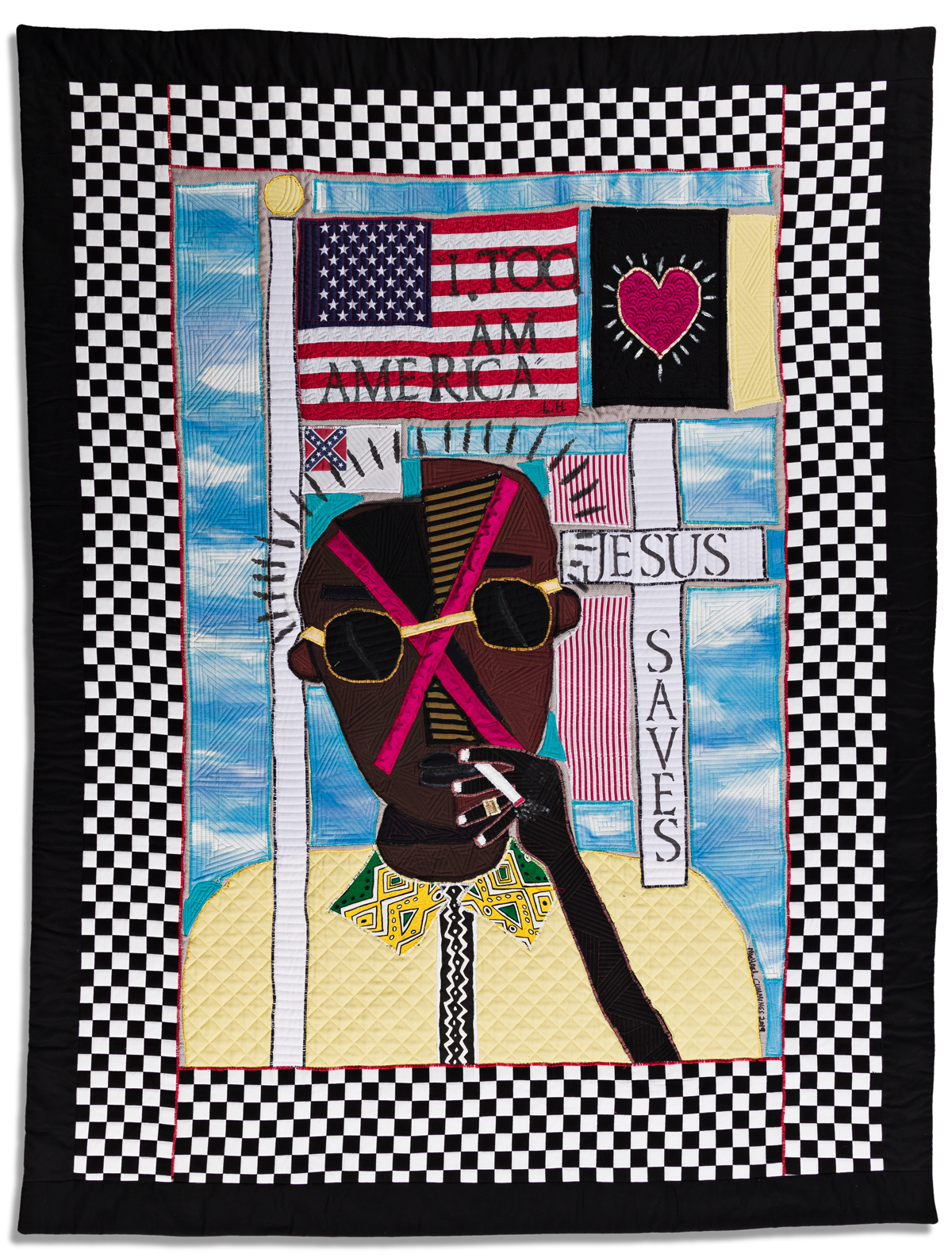