The related quilt Slave Ship Henrietta Marie is in the collection of the International Quilt Museum, University of Nebraska, Lincoln, NE.

The ship Henrietta Marie carried captive Africans to the Carribean, where they were eventually sold into slavery. On a return trip to England, the ship sank off the coast of Florida - captured Africans are not believed to have been on board at the time. The wreckage was found in 1972, with more than 1,000 objects recovered. The National Association of Black Scuba Divers later placed a memorial plaque on the site with the epitaph, "In memory and recognition of the courage, pain and suffering of enslaved African people. Speak her name and gently touch the souls of our ancestors."

Escaping Henrietta Marie is only the second of Michael Cummings' celebrated art quilts to come to auction.Michael Cummings is widely regarded as one of the nation's leading African-American quilters. A Los Angeles native, he moved to New York City in 1970 and became friends with Romare Bearden. He experimented with collage in various media, and by 1975, had moved strictly to fabric. Today, he lives and works in Harlem. Other quilts by Michael Cummings are in the permanent collections of the American Craft Museum, New York, the Brooklyn Museum, the Studio Museum in Harlem, the Schomburg Center for Research in Black Culture, the California African-American Museum, Atlanta Life Insurance, Renwick Gallery, the Smithsonian Institution, and the Museum of Art and Design, New York. Cummings has also been commissioned by the Art in Embassies, Absolut Vodka, the City of Knoxville, the National Underground Railroad Freedom Center, the PerCent for Art, NYC Dept of Cultural Affairs and HBO.
Set Alert for Similar Items 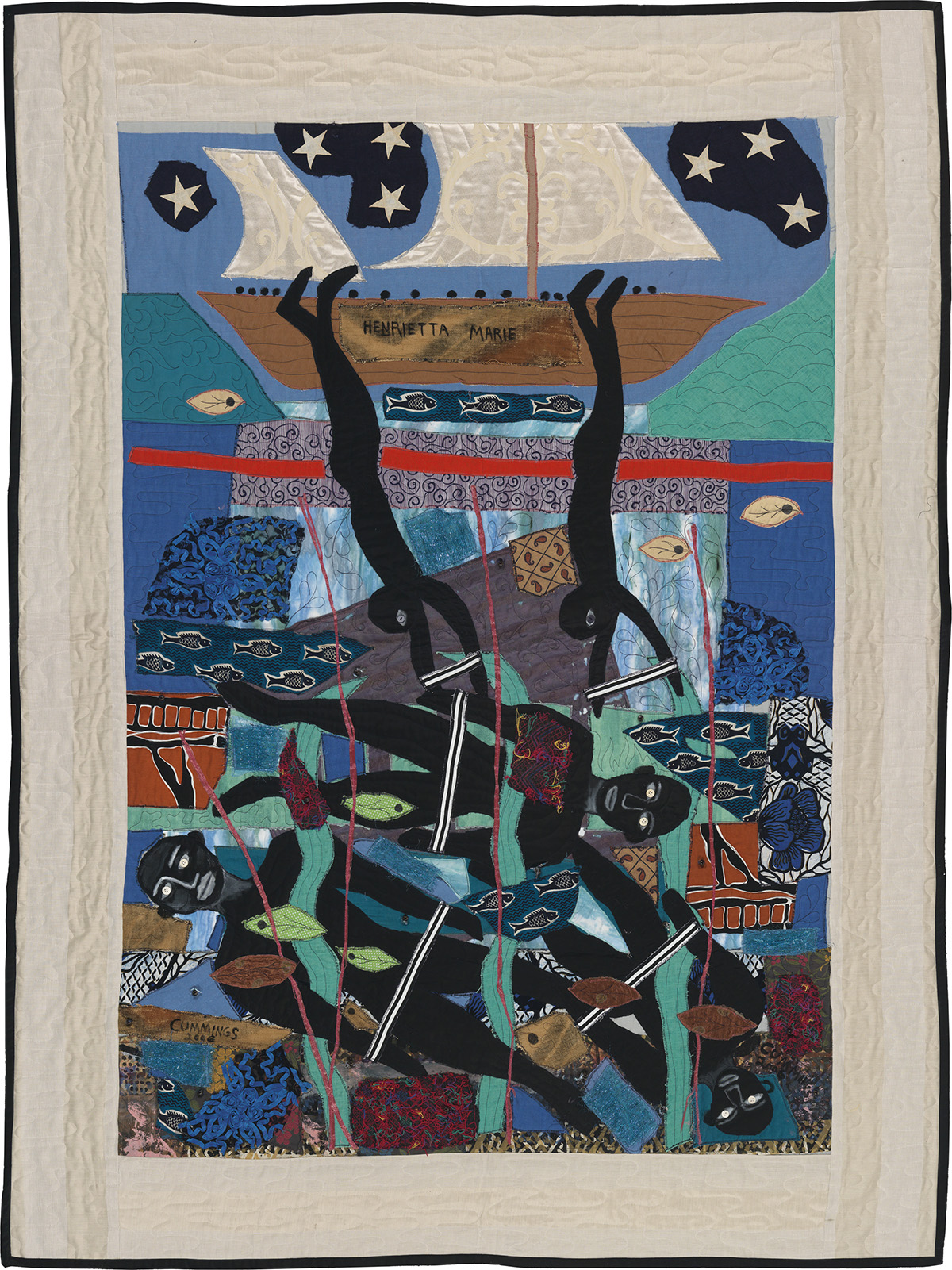