People have been playing golf amongst the "bents, sandhills and windlestrae" at Leven Links in Scotland, since 1846, making it one of the oldest courses in the world. The unique terrain, with its natural slopes, valleys, and parallel dune ridges, provides the ideal setting for links golf. An Editor of Golf Monthly once described the older parts of Leven Links as 'being one of the best stands of bents and fescues in Scotland – the place in summer to put away the solid ball, leave the wedge in the locker room and hone your chip and run approaches because this is where the real game is played."

The course was originally designed with 9 holes and was extended to 18 holes eastward over the Mile Dyke toward the sandhills of Lundin Links in 1868. Players and their families maintained the course themselves until a green keeper was employed in 1876.

Here, Michael Brown depicts a player preparing to take a difficult shot from a fairway bunker while a caddy and fellow players look on. Brown, a keen golfer and founding member of Mortonhall Golf Club in Edinburgh, was acquainted with fellow member, Dr. J. Turnbull Smith, who was the manager of the Life Association of Scotland. Brown produced annual golf-themed advertising calendars for the organization from 1895 to 1916. His paintings captured important tournaments of the day and famous political golfing personalities.
Set Alert for Similar Items 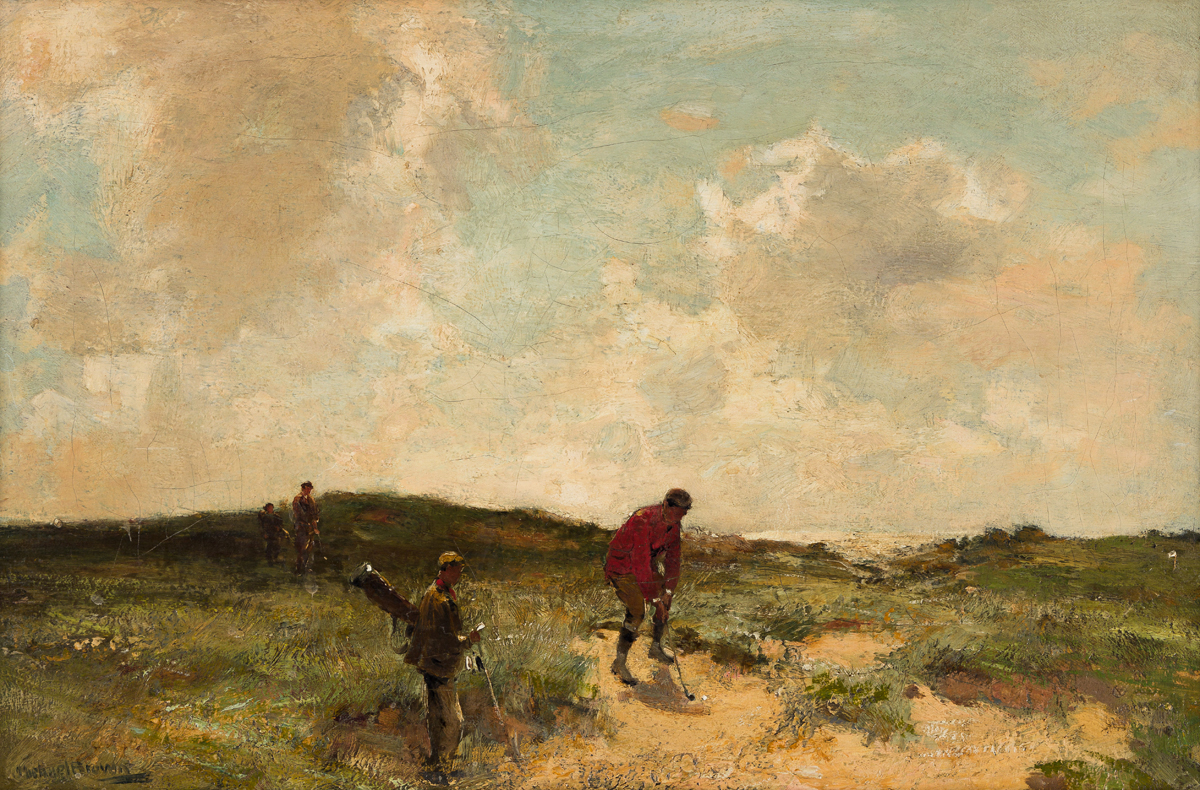 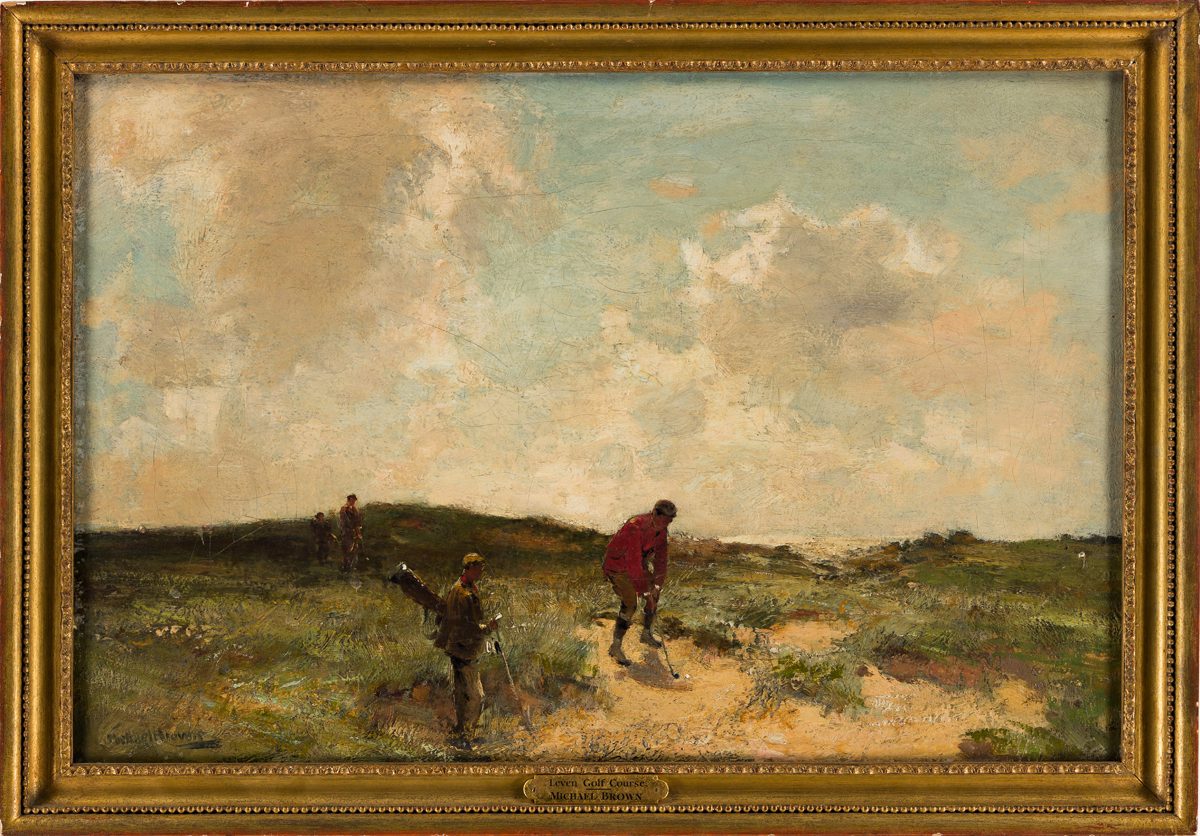