Avery (1885-1965) was sometimes thought of as the American Matisse. His work never fully resembled that of his contemporaries, the Cubists or Surrealists, but his palette did. His distinct modernism that eschewed both abstraction and realism is rather more closely related to the Color Field Abstract Expressionists (Mark Rothko, Adolph Gottlieb, Hans Hoffman and Barnet Newman), whose development he likely influenced, through the use of boldly juxtaposed colors in a flat planar style. Many of the subjects within his work, and his prints in particular which first appear in 1933, are of close friends and family. The domesticity of the quiet home and its inhabitants, such as his wife Sally in the present print, very much appealed to Avery.

Avery experimented with drypoint during the early 1930s, foregoing the use of color for which he is more commonly known, to explore the energy of the line through printmaking. His first drypoint scratches were on zinc and copper plates acquired from the refuse scraps of a photoengraver; this accounts for the irregularly-sized plates in his early prints. He proofed the plates roughly and sometimes set them aside until years later when they were printed in numbered editions. Stanley W. Hayter's Atelier 17 printed My Wife Sally which was issued in a pair of 1947 portfolios published by the Laurel Gallery in New York (along with prints by Joan Miró, Hayter, Gabor Peterdi, Anne Ryan, Will Barnet and others). Lunn 5.
Set Alert for Similar Items 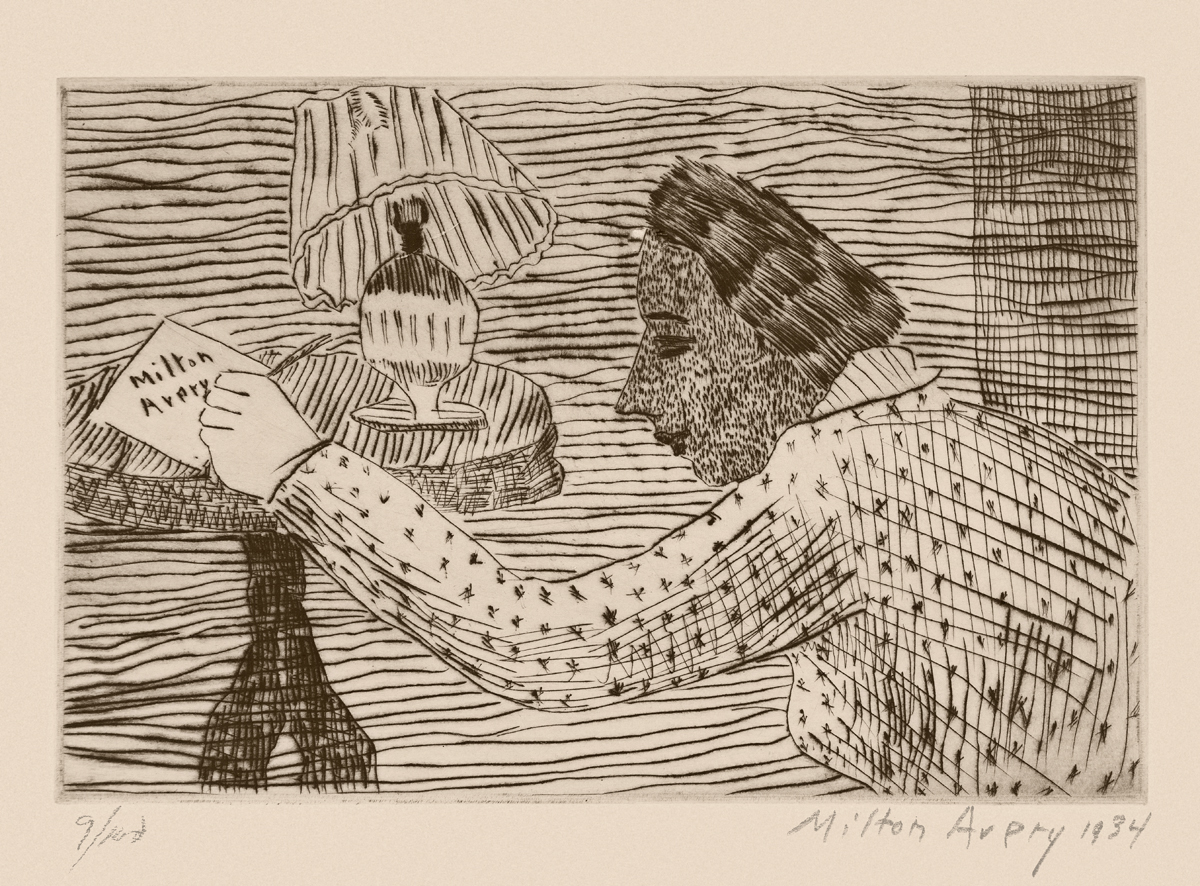