Mitch O'Connell is recognized as a leader of the "Lowbrow" art movement. Incorporating Pop Art imagery, his work is inspired by comics, pin-ups, and kitsch, resulting in an aesthetic that is grounded in vintage, yet with a cool, contemporary edge. His work has been published in leading magazines and newspapers, such as Rolling Stone, The New Yorker, Newsweek, Time, The New York Times, and The Village Voice. Advertising campaigns for major companies from McDonalds to Coca-Cola have featured his illustrations and he has designed album covers and posters for bands like The Ramones, Weezer, and No Doubt. His popular tattoo designs, which grace the walls of tattoo parlors and the skin of their clientele, have been compiled and published into two volumes.
Set Alert for Similar Items 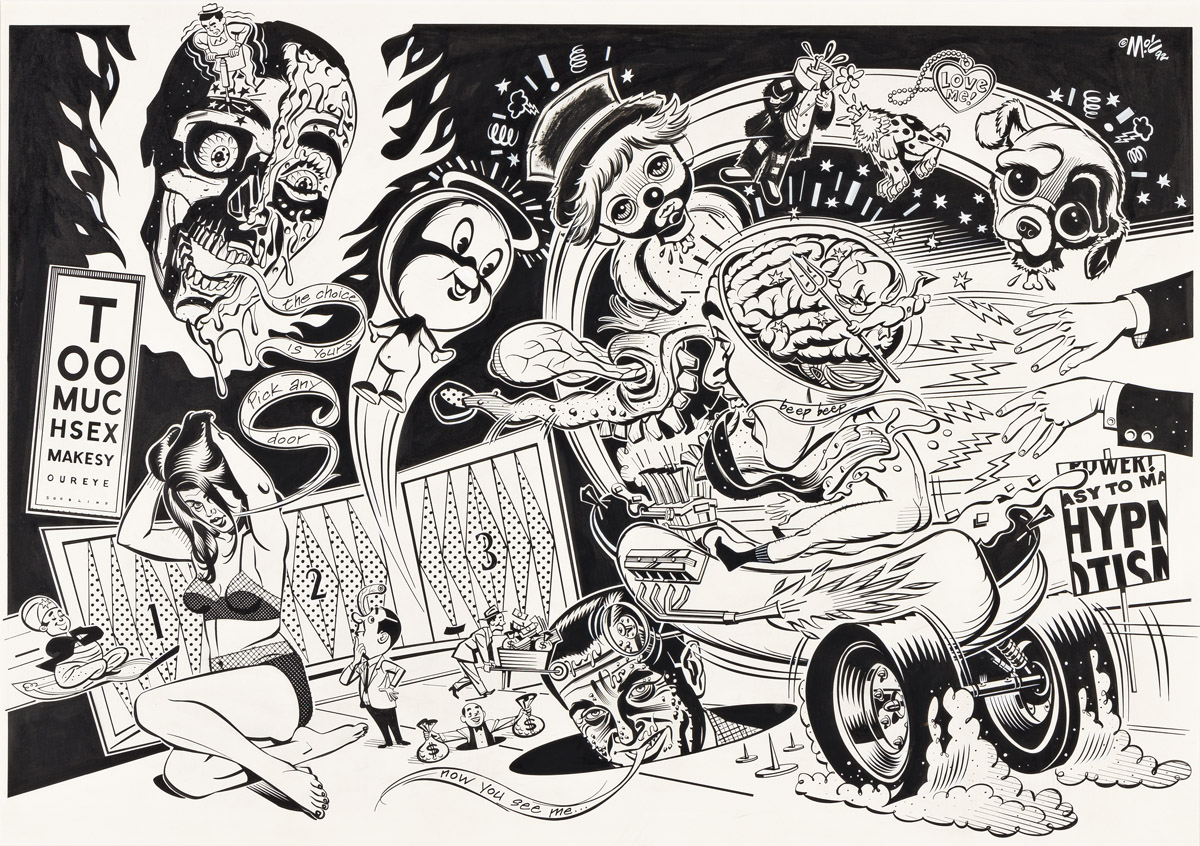