[Cologne: Printer of the Flores Sancti Augustini (Johann Schilling), about 1473].

Editio princeps, folio, a-k10 (final leaf k10 blank and present) 100 of 100 leaves; text printed in rounded gothic type in two columns throughout, larger initials added in red and blue, three-line initials in red throughout, along with capital strokes, contents clean; title leaf damaged with loss to three words, repaired, the missing text supplied in pen facsimile, ornate six-line initial in red and blue below incipit (printed in red) on first leaf of text with marginal flourishes in left margin of first line; the printer is tentatively identified as Johann Veldener by S. Corsten, in Journal of the Printing Historical Society 11 (1976/77) pp. 1-18, but as Schilling by Needham (Corsten Festschrift) pp. 121 ff.; bound in 18th century full calf with paste paper boards, front board detached; with George Parker Winship's receipt from 1917 inserted, along with a galley leaf from the Catalogue of an Exhibition Illustrating the Varied Interests of Book Buyers 1450-1600 published by the Club of Odd Volumes in Boston in 1922, with a few handwritten corrections likely in Winship's hand, with text referring to this particular book; 11 x 8 in.

According to Winship's scholarship, when William Caxton was interested in learning more about printing, he visited a printer in Cologne in the fall of 1471. Years later, Caxton's foreman reported that the budding British printer had called upon the printer of this very book. 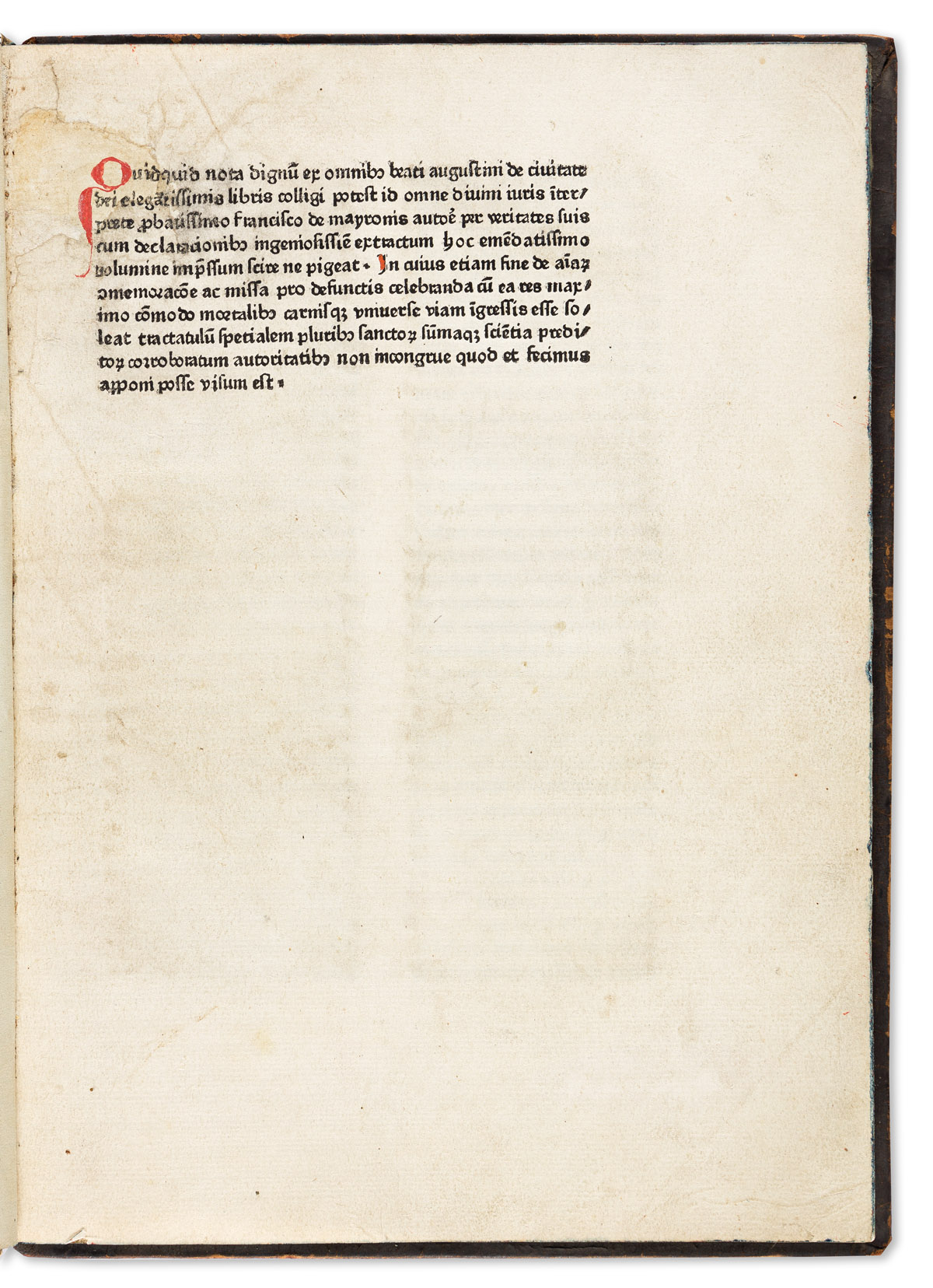