This ledger contains early documentation of vaccination in America, presumably for smallpox--a practice that began with Edward Jenner in England in 1796, and was introduced in the United States the following year. Many dozens of children are listed as vaccinated or inoculated from April 1803 through mid-1804. Other services include dispensing medicine and phlebotomy (bloodletting). One man was charged for "extracting small gravel out of his finger" (page 31) and another for removal of an encysted tumor (page 46). Jacob Bower was charged for "vaccinating his black boy" (page 51) and "Christopher Sloom, negro" was charged for an emetic (page 17). Perhaps the most famous customer was "John Pott, iron master, district furnace" (page 56), who would soon found the city of Pottsville, PA. The doctor also occasionally charged for land surveying (see pages 40 and 43). Most bills were paid in cash, with others settled in barter or farm goods. Interspersed with the medical accounts are occasional farm ledger entries dated 1841 to 1844, possibly by an Abel Thomas.

The doctor's name and home town are not given, but many of the patients are listed with their towns of residence and professions; of those, the bulk are from Kutztown, PA, and the remainder from nearby towns. The only doctor known to be active in Kutztown in this period was Ephraim Becker (died 1814). See "Reading and Berks County, Pennsylvania, a History," page 389. David Hottenstein practiced medicine in neighboring Maxatawny; he is mentioned as assisting our physician with the setting of a dislocated shoulder in the very first entry on page 1, and accompanying him on a visit three days later. Doctor John Christian Baum of Reading (1766-1821) is also mentioned on pages 1, 3 and 36 as a more experienced physician who apparently consulted.
Set Alert for Similar Items 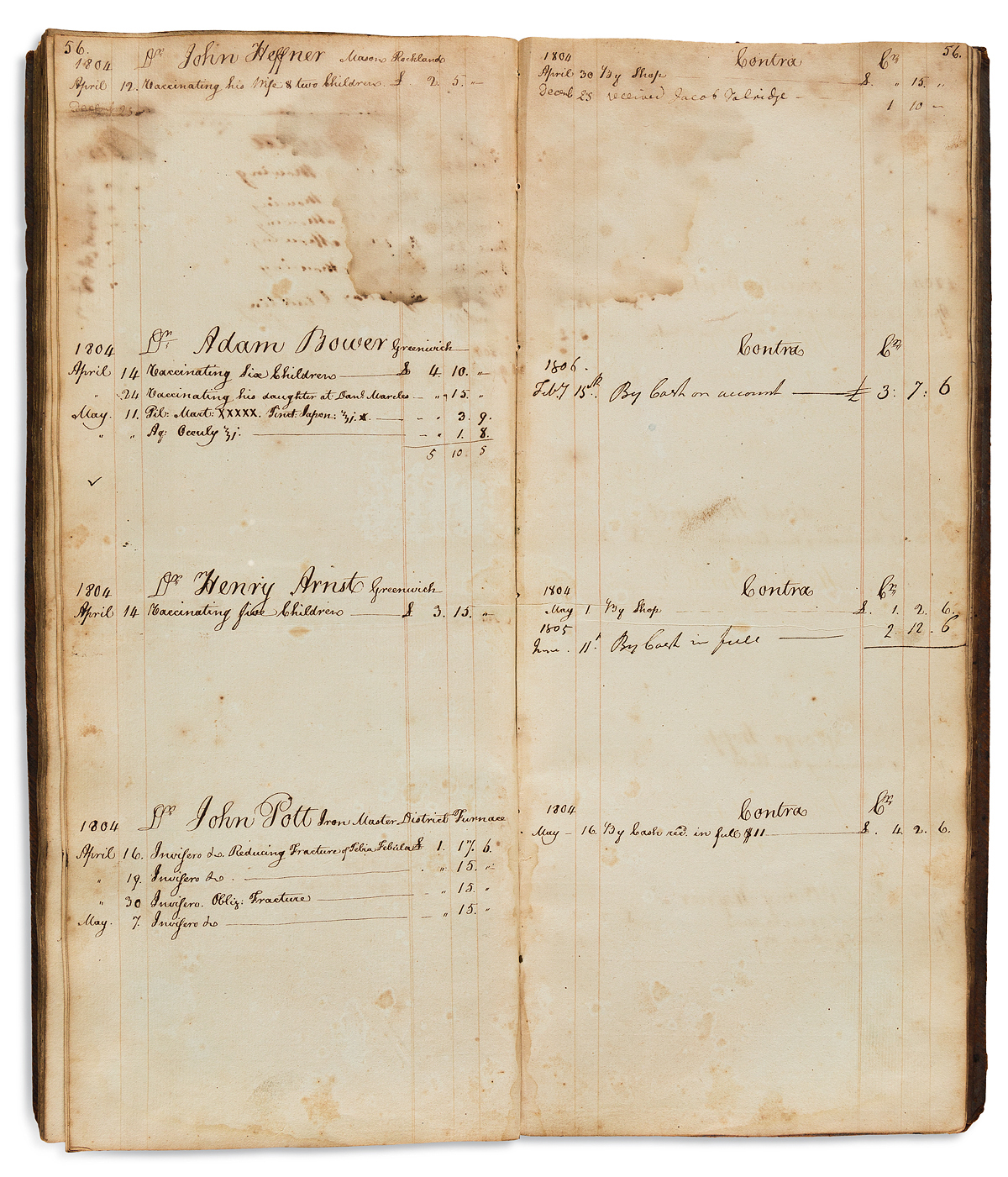