Moïse's is the first book of poetry by an American Jewish author, and the first book of any kind by an American Jewish woman. Some poems take on historical or patriotic themes, such as "Lines on the Loss of the Ship Boston," "To Persecuted Foreigners," and "To the Memory of Mary, the Mother of Washington." She also includes "On the Death of My Preceptor, Isaac Harby, Esq.," a tribute to the Reform Judaism pioneer from Charleston who died in 1828.

Harby and Abraham Moïse, the poet's brother, worked closely together in the Reform movement. Penina Moïse wrote more than 200 hymns for the Union Hymnal (1842), the first Reform liturgy used in the U.S. "[Moïse's hymns] reflect the aspirations of a generation of Jews who were born in the United States after the American Revolution and were inspired to revitalize their faith in the spirit of the Second Great Awakening." 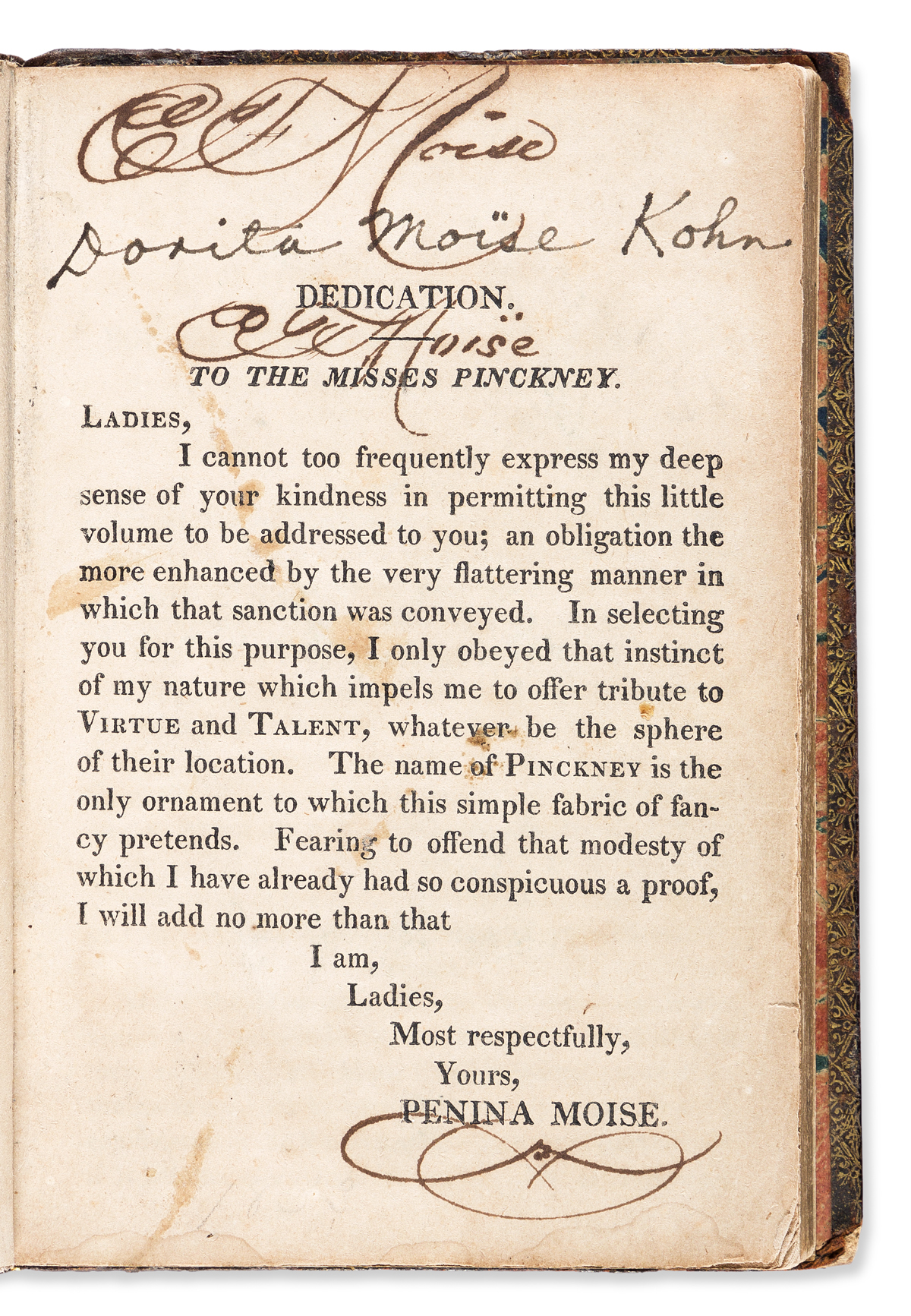