Yes, We Will is a scarce, large work on paper by Nelson Stevens from his important period of work with the Chicago-based art collective AfriCOBRA. Born in Brooklyn, New York, Stevens received his BFA in painting from Ohio University in Athens, OH in 1962, and his MFA in 1969 from Kent State University in Kent, OH. After brief teaching stints in Cleveland, Ohio, Stevens was hired as Assistant Professor of Art at Northern Illinois University where he taught from 1969 to 1971. It was at this time that Stevens was invited to join the newly formed art collective AfriCOBRA - the group was founded by Chicago artists Jeff Donaldson, Jae Jarrell, Wadsworth Jarrell, Barbara Jones-Hogu, and Gerald Williams. Stevens exhibited in every AfriCOBRA art exhibition beginning with AfriCOBRA I at the Studio Museum. He then was a Professor of Art at the University of Massachusetts from 1972 to 2003. Today artworks by Nelson Stevens are in many museum collections including the Art Institute of Chicago, the Brooklyn Museum, the National Museum of African American History and Culture, the Smithsonian Institution and the Tate Modern. His artwork was also featured in the recent important traveling museum exhibtion Soul of a Nation: Art in the Age of Black Power organized by the Tate Modern.

The University of Maryland Art Gallery has requested the loan of this work for an upcoming Nelson Stevens retrospective exhibition (dates pending after the exhibition was postponed in 2020).
Set Alert for Similar Items 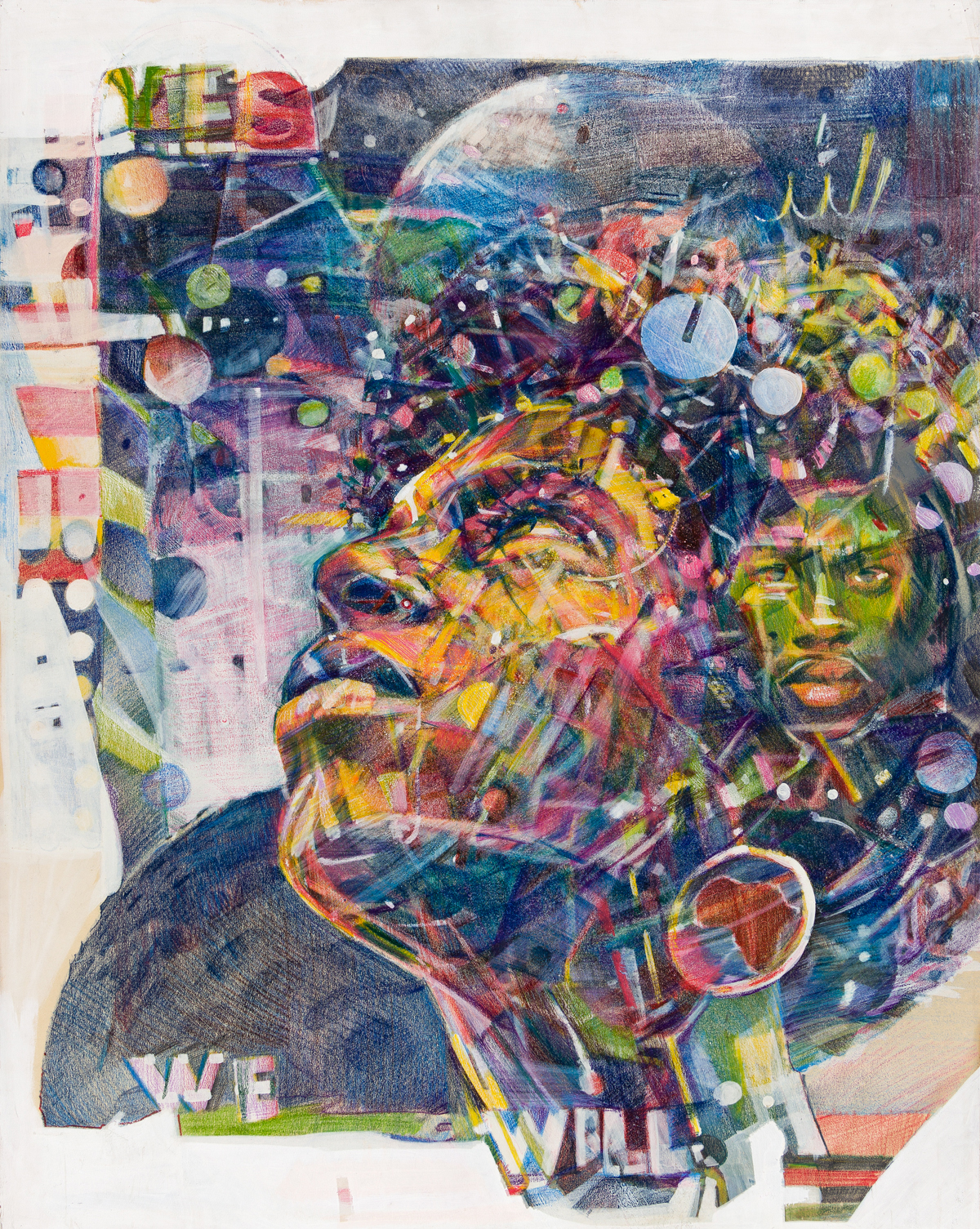