Wyeth (1882-1945), who became one of America's foremost illustrators during the early 1900s, experienced the horrors and devastation of World War I, like many Americans, through newspaper images and newsreels. He also met a veteran of the American Army, a machine-gunner named George L. Linder (1889-1960), soon after Linder returned home as a wounded veteran to West Chester, PA, following the Battle of Château-Thierry in July 1918. Linder's recollection of the battle certainly influenced Wyeth; he mentioned their introduction in a letter that same year, and painted a large canvas, The Americans at Château-Thierry, 1918-19, which illustrated the horrors and ferocity of the battle, now in a private collection, Pennsylvania.
Set Alert for Similar Items 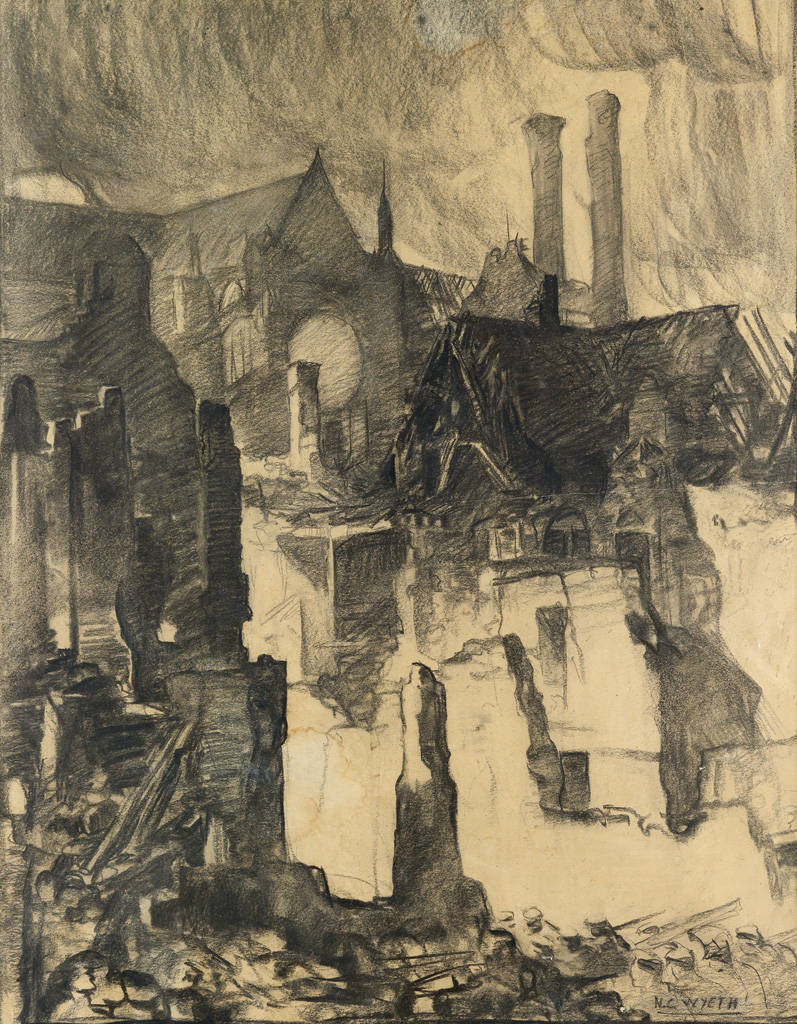