Engaging the known and unknown histories of New York City, Nona Faustine examines site-specific historic locations of the transatlantic slave trade that today bare no markings or the city's role in it. Like a Pregnant Corpse The Ship Expelled Her Into The Patriarchy places Faustine at a 17th-century landing spot for slave ships on the Brooklyn coast of the Atlantic ocean. Splayed across the jagged rocks, her body acts as a memorial for the lives lost and a reminder of the trauma that occurred and was lost at that site.

Nona Faustine's White Shoes series portrays the history of slavery in New York through a series of self-portraits taken in the nude at locations that are related to the slave trade. Faustine's research for the series led to the rediscovery of the history of slavery in the five boroughs of New York, including slave burial grounds, slave markets, slave-owning farms, and the landing spots of slave ships. The performative aspect of her white shoes references how African Americans are forced to deal with white acceptance.

Born in Brooklyn, NY, Nona Faustine is a graduate of the School of Visual Arts in New York, NY and The International Center of Photography at Bard College MFA program (2013). Faustine's work has been exhibited at Harvard University, the Studio Museum in Harlem, the African American Museum in Philadelphia, Schomburg Center for Black Research in Harlem, the International Center of Photography and Saint John's Divine Cathedral, among other institutions. Her work is in the collections of the David C. Driskell Center at the University of Maryland, the Studio Museum in Harlem, the Brooklyn Museum, and the Carnegie Museum in Pittsburgh, Pennsylvania. In January 2020, she was part of the inaugural class of Kehinde Wiley's Black Rock Senegal Residency in Dakar, Senegal.
Set Alert for Similar Items 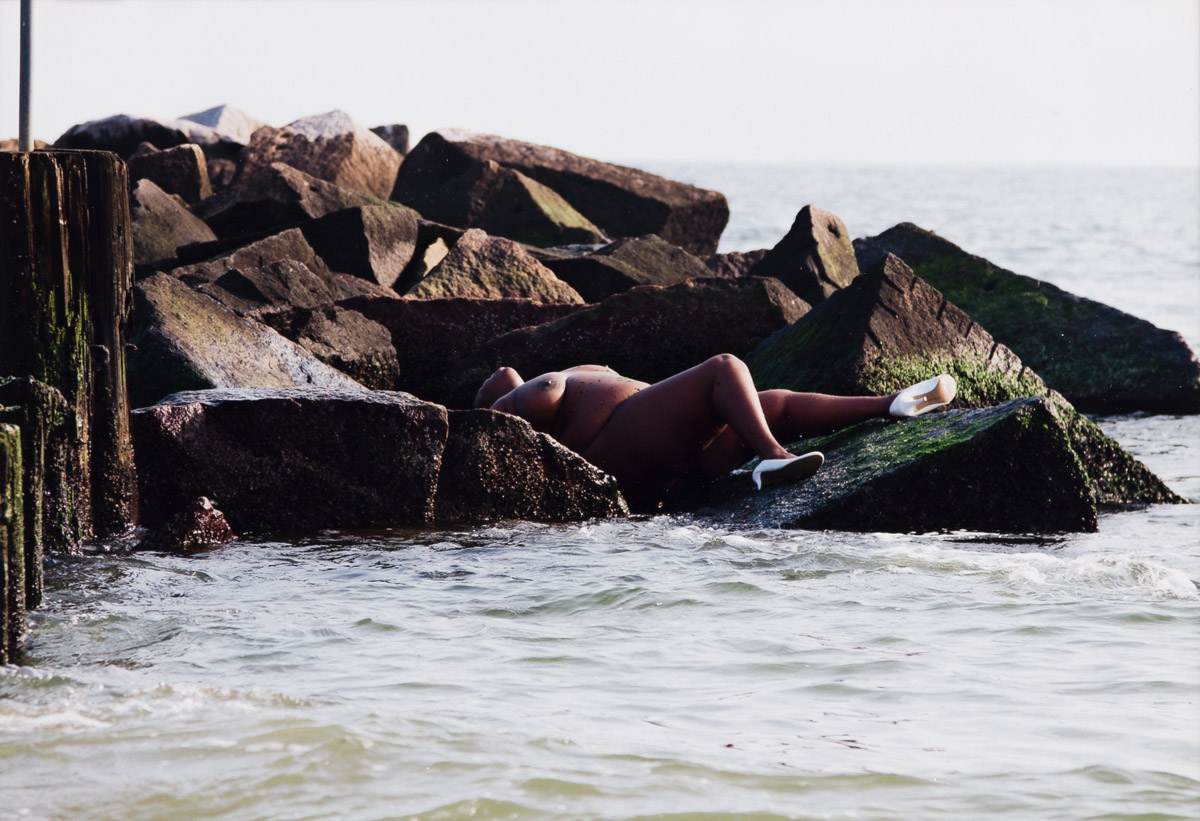