Block Island is an impressive and significant Norman Lewis' 1970s painting. This shimmering canvas predates Norman Lewis'sSeachange series of 1975-79, his last major series, anticipating Lewis' late career exploration of the abstract forms found in the sea, particularly at night. Lewis found inspiration from a wide range of nautical memories and experiences, including his parents' St. Kitts heritage, his father working as a longshoreman in Brooklyn and Lewis's own experiences working as a seaman on South American freighters in the early 1930s. Lewis often visited Block Island, found between the coasts of Rhode Island and Long Island, New York to fish in the summer.

Norman Lewis clearly revisited this canvas as it bears a pair of signatures and dates of 1973 and 1975. The latter dates the haze of purple or magenta which now defines most of the white linear drawing of the figures and boats in the composition. More high key and saturated colors appear in Lewis's large scale canvases after a visit with his wife Ouida to Jack Whitten's residence in Crete in the summer of 1973. The development of the Seachange series with more abstract compositions of vibrating, concentric circles took off in 1975. That year he was awarded a John Simon Guggenheim Foundation fellowship, and the following year in the fall of 1976, Lewis had his first retrospective, with 63 artworks included in Norman Lewis: A Retrospective, at The Graduate School and University Center of City College, New York. Fine pp. 181, 245-46 and 267.
Set Alert for Similar Items 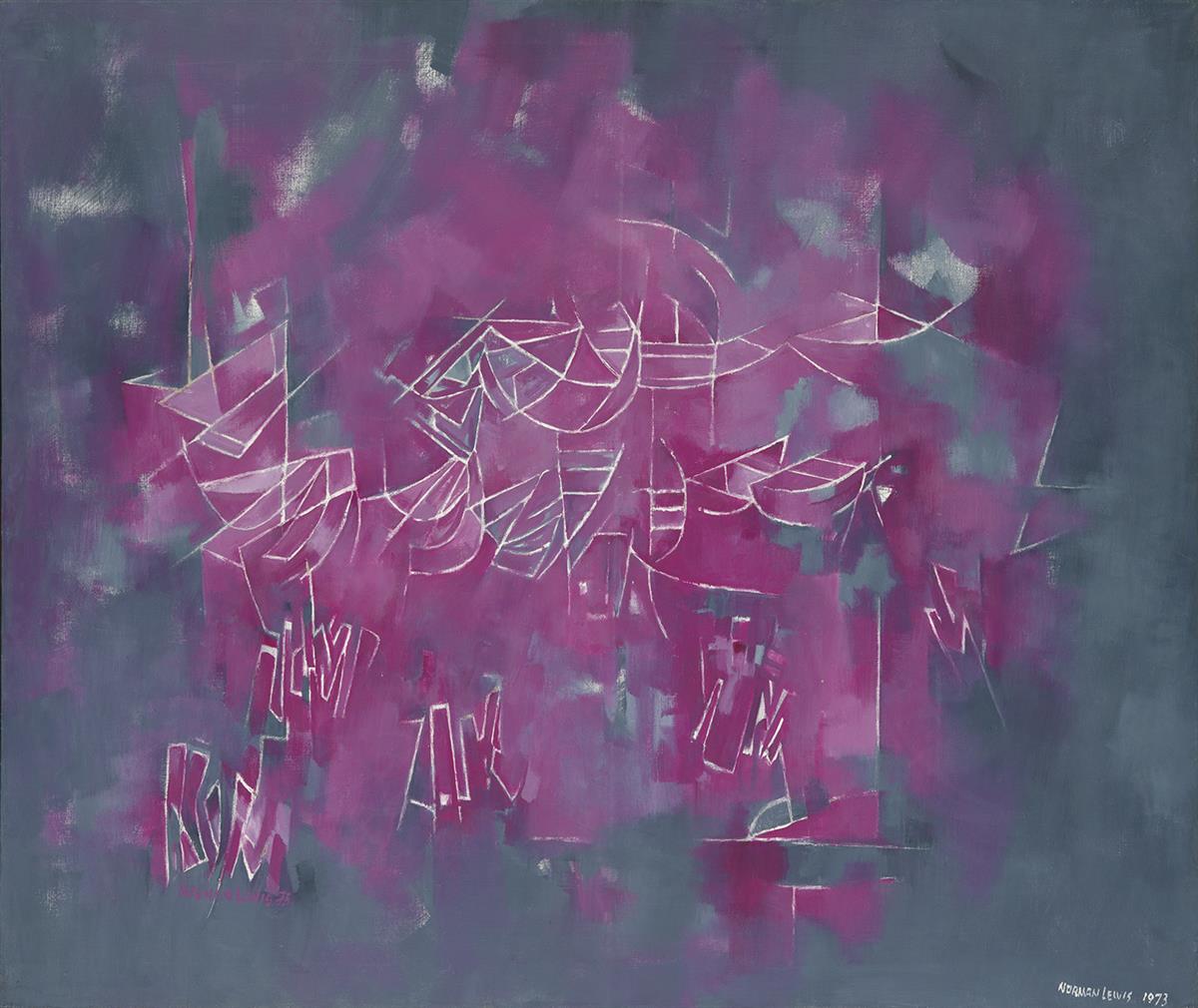