Norman Lewis drew this beautiful drawing of a French Sudanese sculpture of a head of a mule upon visiting a 1935 exhibition of African art at the Museum of Modern Art in New York. A photograph of this sculpture is on the cover of the catalogue for the MoMA exhibition African Negro Art, curated by James Johnson Sweeney, in addition to its illustration inside the catalogue. The cover text also describes how the show was intended to show the African roots of modernism: "The artistic importance of African Negro art was discovered thirty years ago by modern painters in Paris and Dresden. Students, collectors and art museums have followed the artists' pioneer enthusiasm." Lewis's detailed and colorful pastel drawings of several sculptures, presumably drawn on the spot, demonstrated how much the exhibition inspired the young artist.

The exhibition clearly resonated with Lewis and other African American artists who had come up during the Harlem Renaissance and were influenced by philosopher Alain Locke's exhortation to find artistic models in African art. In 1935, Lewis also joined the 306 group of writers and artists in Harlem meeting in the studios of Henry Bannarn and Charles Alston, and was a founding member for the Harlem Artist Guild with Alston, Augusta Savage, Arthur Schomburg and Elba Lightfoot. The MoMA exhibition, which was on view from March 18 to May 19, attracted other artist visitors including Alston, Romare Bearden and Gwendoline and Jacob Lawrence. 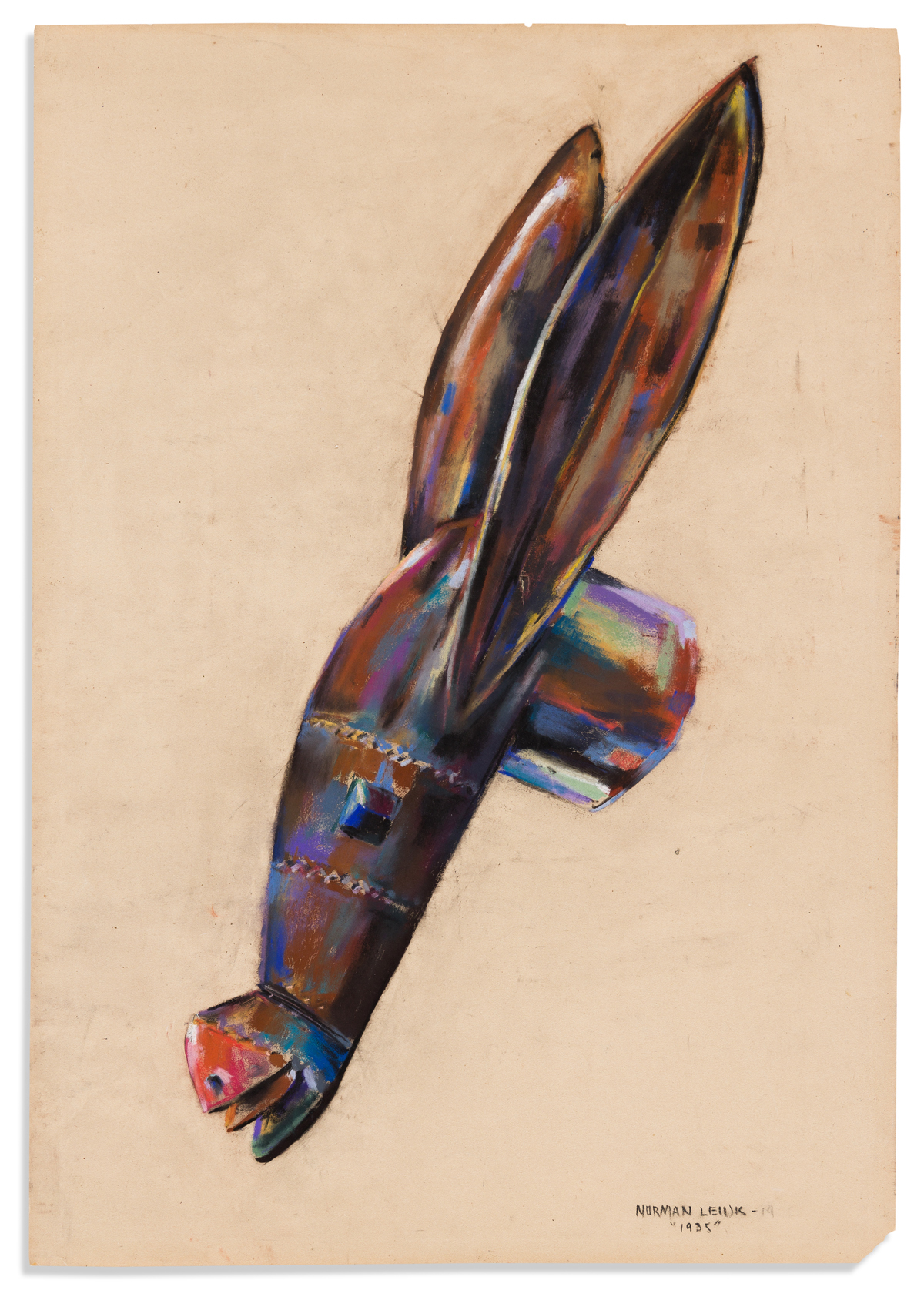