Norman Lewis drew this beautiful drawing after visiting the 1935 landmark exhibition African Negro Art at the Museum of Modern Art in New York. African Negro Art, curated by James Johnson Sweeney, was intended to show modernism's roots in African Art. A photograph of the sculpture by Walker Evans, who was commissioned to document the large exhibition of over six hundred works, is included in the catalogue (fig. 319). The exhibiton had a profound effect on Lewis - he created a wonderful series of detailed and colorful pastel drawings of the sculptures he had seen.

This drawing is of an ancestral sculpture, a carved wood figure of a woman made by the Bangwa, a people indigenous to western Cameroon. Now best known as the Bangwa Queen, it is one of the most famous and important African sculptures. The sculpture was taken from the Bangwa by a German colonial agent before Germany had colonised the area. After being in the collection of the Museum für VölkerkundeIt in Berlin, it was sold privately to an art dealer in 1926 who then sold it to Helena Rubenstein in the 1930s who lent it to the MoMA exhibition. Collector Harry Franklin then acquired the sculpture from Rubenstein in 1966, and then his daughter sold the work for a record price at Sotheby's in 1990, where it was acquired by the Dapper Foundation in Paris. Man Ray took several photographs of the Bangwa Queen figure in 1934, including Surrealist images of it posed alongside a nude model.

The exhibition African Negro Art clearly resonated with Lewis and other African American artists of the Harlem Renaissance and were influenced by philosopher Alain Locke's exhortation to find artistic models in African art. In 1935, Lewis also joined the 306 group of writers and artists in Harlem who met in the studios of Henry Bannarn and Charles Alston, and was a founding member for the Harlem Artist Guild with Alston, Augusta Savage, Arthur Schomburg and Elba Lightfoot. The MoMA exhibition, which was on view from March 18 to May 19, attracted many artist visitors including Alston, Romare Bearden, and Gwendoline and Jacob Lawrence.

Other known examples of these extraordinary 1935 drawings include Baule Mask, Ivory Coast Baule Mask, Bobin (Boobin, Loom, Baule, Carved Bobbin (Guru) and Dan Mask, four of which were included in Procession, The Art of Norman Lewis, his 2015 retrospective curated by Ruth Fine, and Untitled (Head of a Mule, French Sudan), sold at Swann Galleries on December 10, 2020. Fine pp. 24-25, 248.
Set Alert for Similar Items 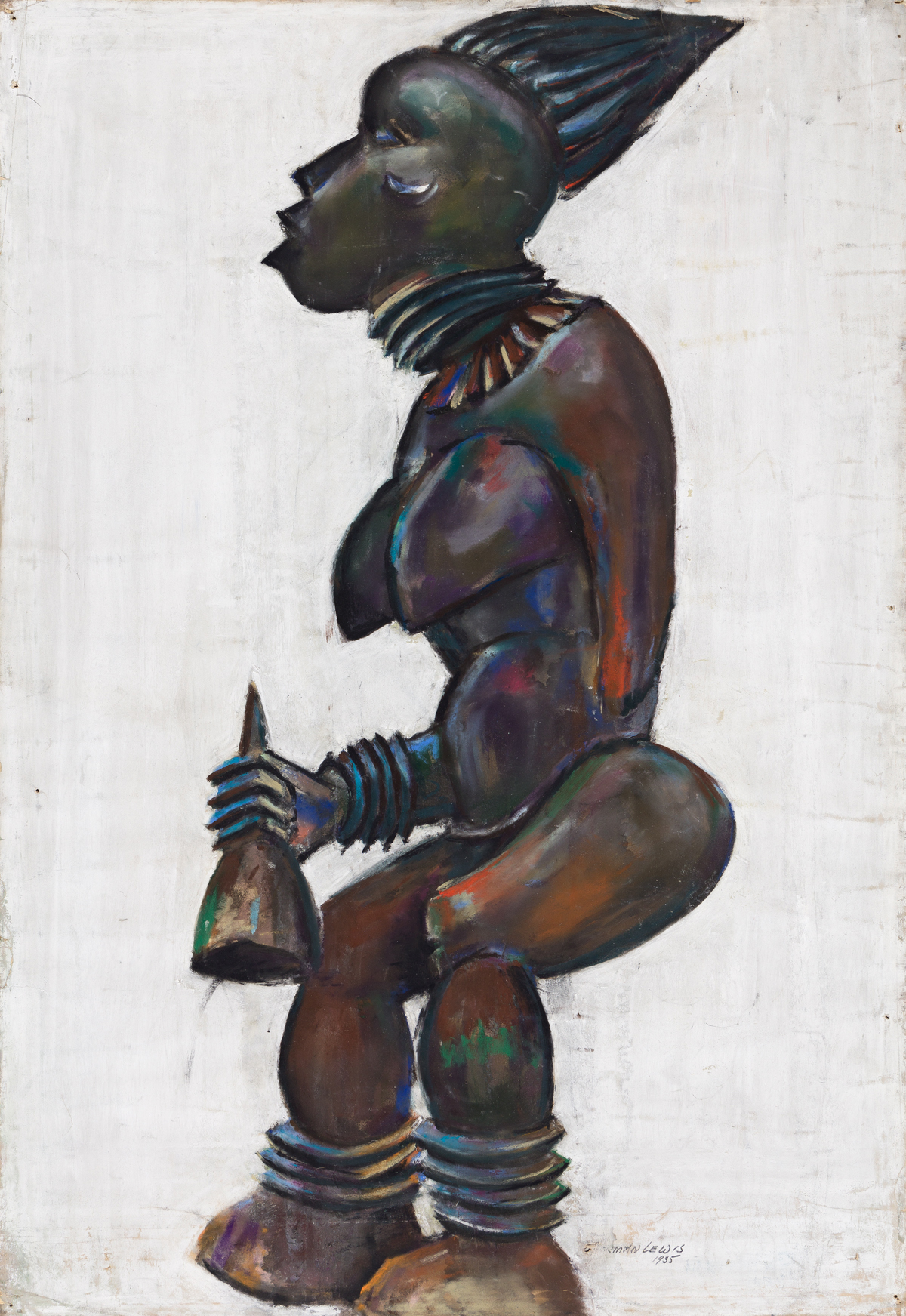