This plaster bust is the first sculpture by Oliver LaGrone, sculptor, poet, educator, and humanitarian, to come to auction. LaGrone is known for his figurative sculpure of historical African American figures, and was the first African American student at the Cranbook Academy of Art. The Oliver LaGrone Scholarship for high school students in Harrisburg and the LaGrone Cultural Arts Center at Penn State Harrisburg are named after the artist.

Born on December 9, 1906, in McAlester, Oklahoma Territory, to Lula Evelyn Cochran and William Lee LaGrone. His father was a minister at the African Methodist Episcopal Zion Church, and an avid writer who encouraged LaGrone in his studies. LaGrone first attended Howard University in Washington, D.C., where he studied English and economics, planning on becoming a lawyer. With the strain of the Great Depresssion, he left school in the summer of 1929 to help his family move to Albuquerque, New Mexico. In 1934 he attended the University of New Mexico where he worked as a teaching assistant to architect-sculptor, William Emmet Burk, Jr. Oliver graduated in 1938 with a Bachelor's Degree in sociology and fine arts. He also was among the many young artists employed by the Federal Works Progress Administration (WPA). In 1937, he created his sculpture Mercy for the Carrie Tingley Children's Hospital.

By 1941, LaGrone moved his young family to Detroit, and in the fall, at his wife's encouragement, he began studying with sculptor Carl Milles at Cranbrook Academy of Art. In March 1942, he won a McGregor Fund scholarship for advanced study in sculpture. LaGrone was the first African-American student to attend Cranbrook. In the Cranbook archives are several photographs of Lagrone in his sculpture studio, including one dated 1942 of him working with this bust.

LaGrone went on to work as an art educator for over thirty years. Unable to serve in the military due to previous injuires, he worked as a director of art education for the United Auto Workers Union throught the 1940s. He participated in the renaissance of Black artists in Detroit, and began to wrote poetry, published them in the collection, Footfalls (1949). LaGrone returned to school, attending Wayne State University from 1956-1960 and received the equivalent of a Master of Arts in Special Education. Oliver worked in Detroit Public schools teaching arts and crafts and special education. In 1970, LaGrone was invited to lecture in art education and Afro-American history at Pennsylvania State University. In 1972, he was appointed Special Assistant to the Vice President of undergraduate education, and in 1975, became artist-in-residence for all 21 branches of the university system. LaGrone retired in 1976. The LaGrone Cultural Arts Center in the Olmsted Building at Penn State Harrisburg features several of the artist's sculptures and a small version of University as Family is in the campus's Rowland Sculpture Garden and his bust of Paul Robeson graces the black student offices of the PSU student union at State College, Pennsylvania. His sculptures are in the collections of University of New Mexico Hospitals, Albuquerque, the Albuquerque Museum, the LaGrone Cultural Arts Center, three campuses of Pennsylvania State University, Pennsylvania State Museum, and the Schomburg Center for Research in Black Culture, New York. Biographical notes courtesy of Cranbook Academy of Art.
Set Alert for Similar Items 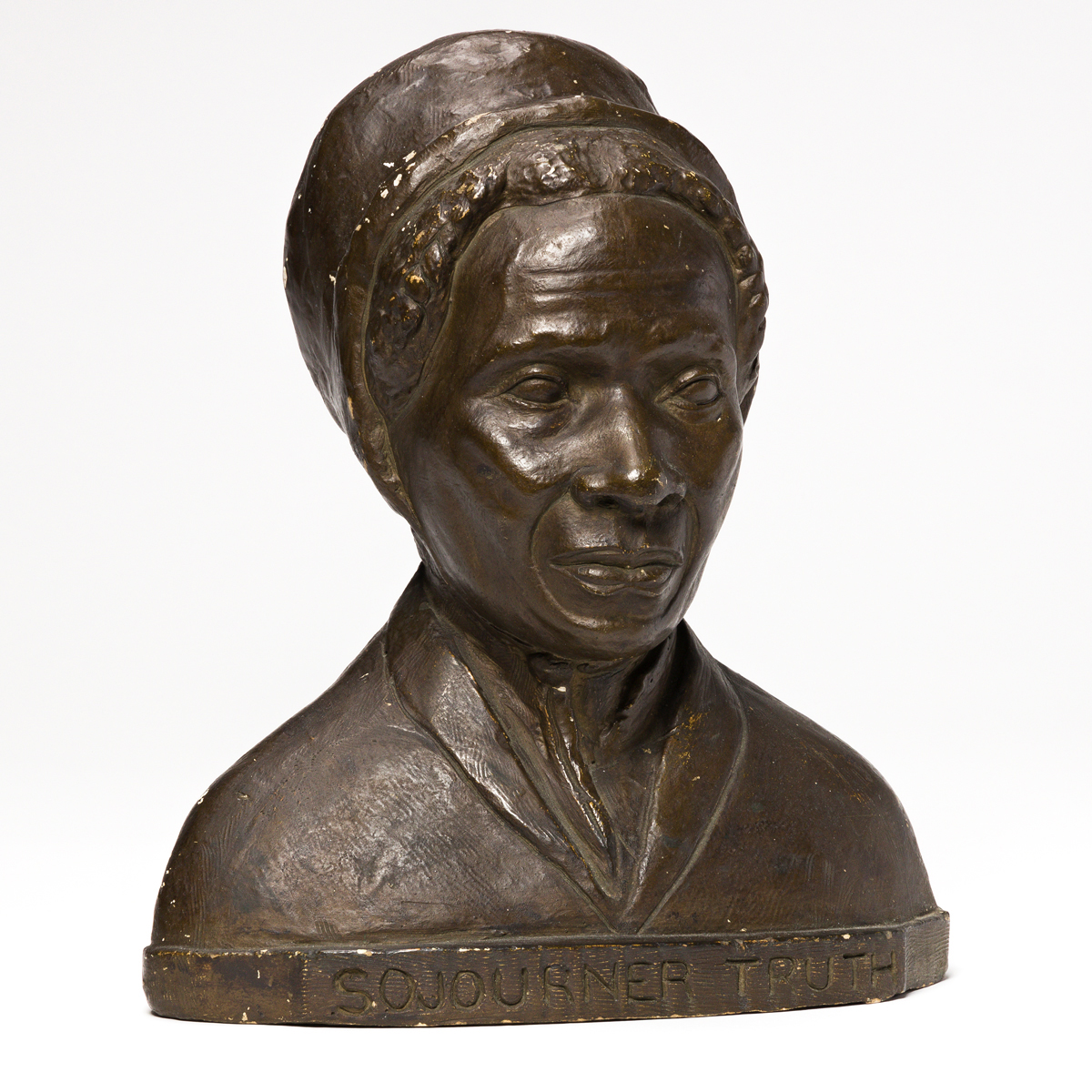