This wonderful watercolor is one of Palmer Hayden's most evocative paintings, particularly from the latter part of his career. With its image of a reclining African mother and child sleeping below the river scene, it has a dream-like quality. This aspect is described by Romare Bearden and Harry Henderson in their A History of African-American Artists: "Hayden was often inspired by dreams. This watercolor is a dream about black life on the Nile in the time of the pharaohs. Like much of his work, it expresses his slyly ironic sense of humor." Due to its inclusion in their book and in the 1976 landmark national exhibition Two Centuries of Black American Art organized by David C. Driskell, The Blue Nile is one of Hayden's best known paintings today - it also inspired a painting by Robert Colescott. Bearden/Henderson pl. xxvi.
Set Alert for Similar Items 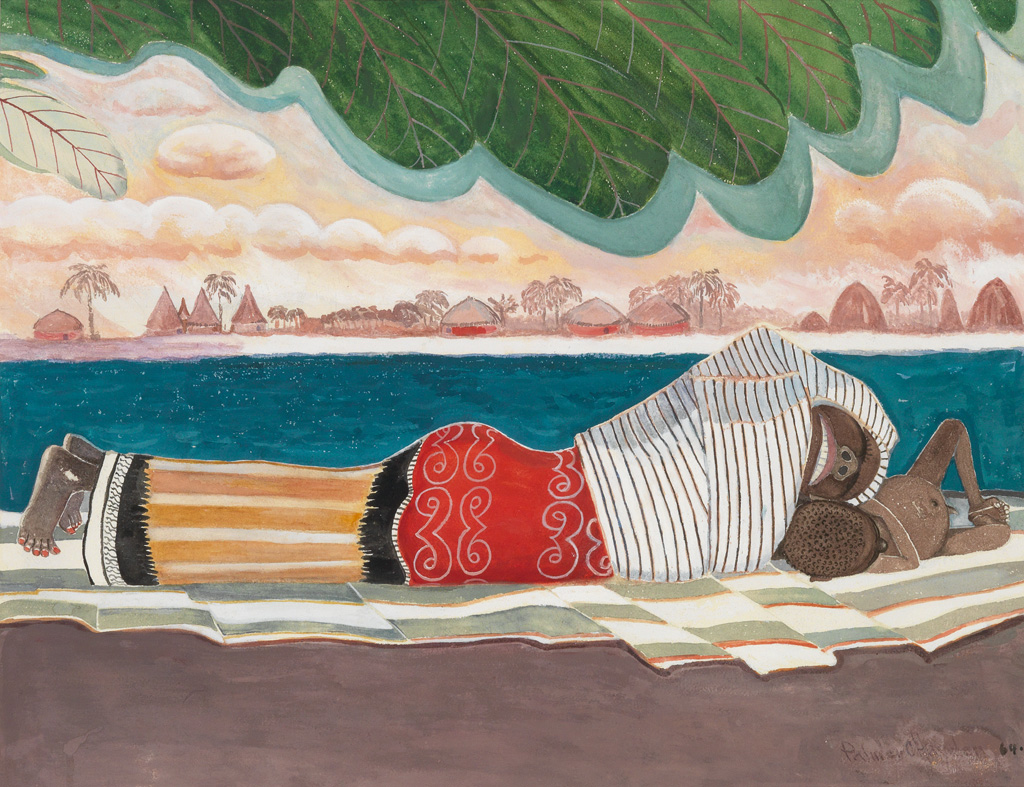