Cadmus loosely based the composition of this work on the Peter Paul Rubens oil on canvas of the same subject, circa 1635-1640, now in the collection of the Metropolitan Museum of Art, New York. Though Cadmus set the scene in a classical landscape, his Adonis is rushing to play tennis, clutching the racket in his right hand and two ballis in his left, while fending off his clinging Venus and a bawling baby, a microcosm of 1930s suburban life under the guise of a subject from antiquity. 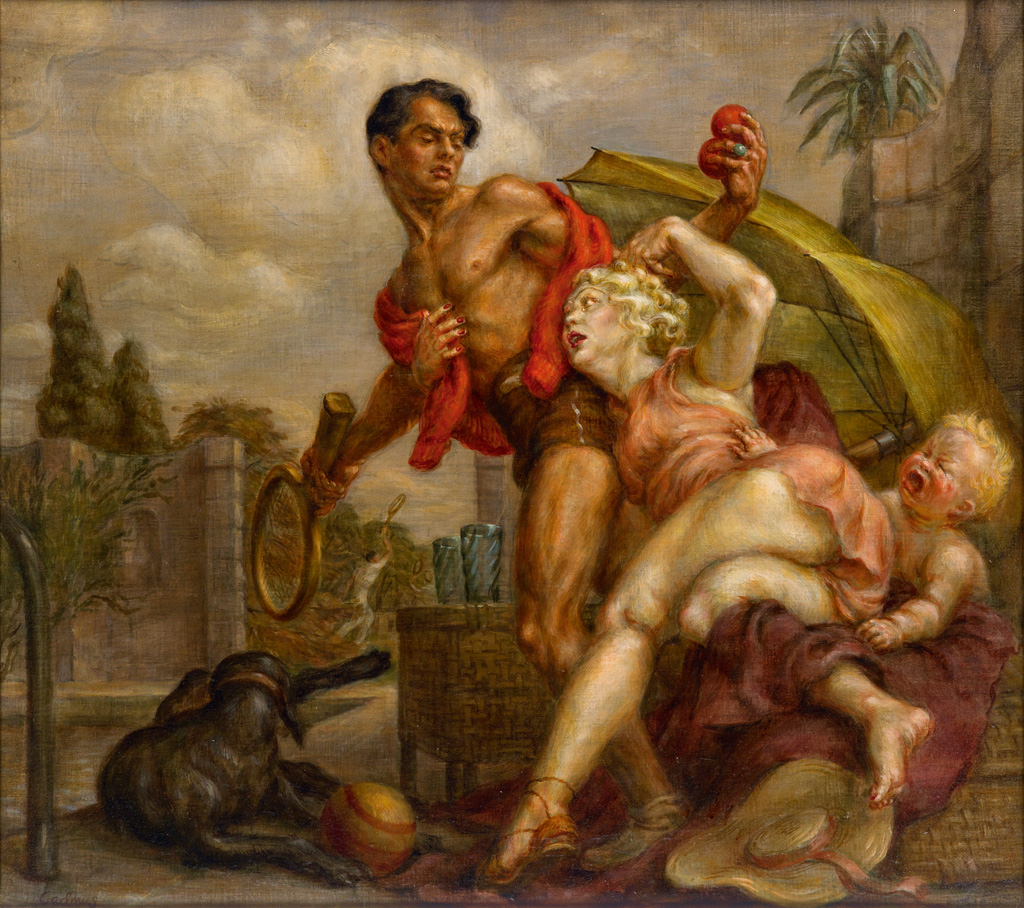