Born Philip Goldstein to Russian emigré parents in Montreal, Guston (1913-1980) attended the Los Angeles Manual Arts High School, where he became friends with Jackson Pollock. Guston pursued a career in the arts that led him to the Otis Art Institute and a lifelong friendship with the artist Reuben Kadish. Guston and Kadish toured Mexico in 1935, meeting Diego Rivera, and by 1936 had arrived in New York to work under the Federal Art Project, WPA. His first solo show at the Midtown Gallery in New York in 1947 was followed by travels to Italy.

When he returned to New York in the 1950s, he renewed his friendship with Pollock, as well as Adolph Gottlieb and Willem de Kooning, and began painting in a looser, more expressionist style. Guston's lithographs from the 1960s reflect the imagery of his painting and drawings from this time; drawn with bold, gestural strokes not unlike Pollock's Black Paintings from the early 1950s.

By the mid-1960s Guston had moved away from Abstract Expressionism toward more figural, representational art (called the Cartoon Paintings). Much of this later work is reminiscen of still lifes, landscapes and figural groups. In some cases there are references to the fight for racial and social justices that stirred during the 1960s/1970s. Despite this later departure to representational art, Guston still held onto an interest in abstraction that had permeated his earlier career, demonstrated by the abstract patterns that make up the rug and floorboards in the current work. Semff 45.
Set Alert for Similar Items 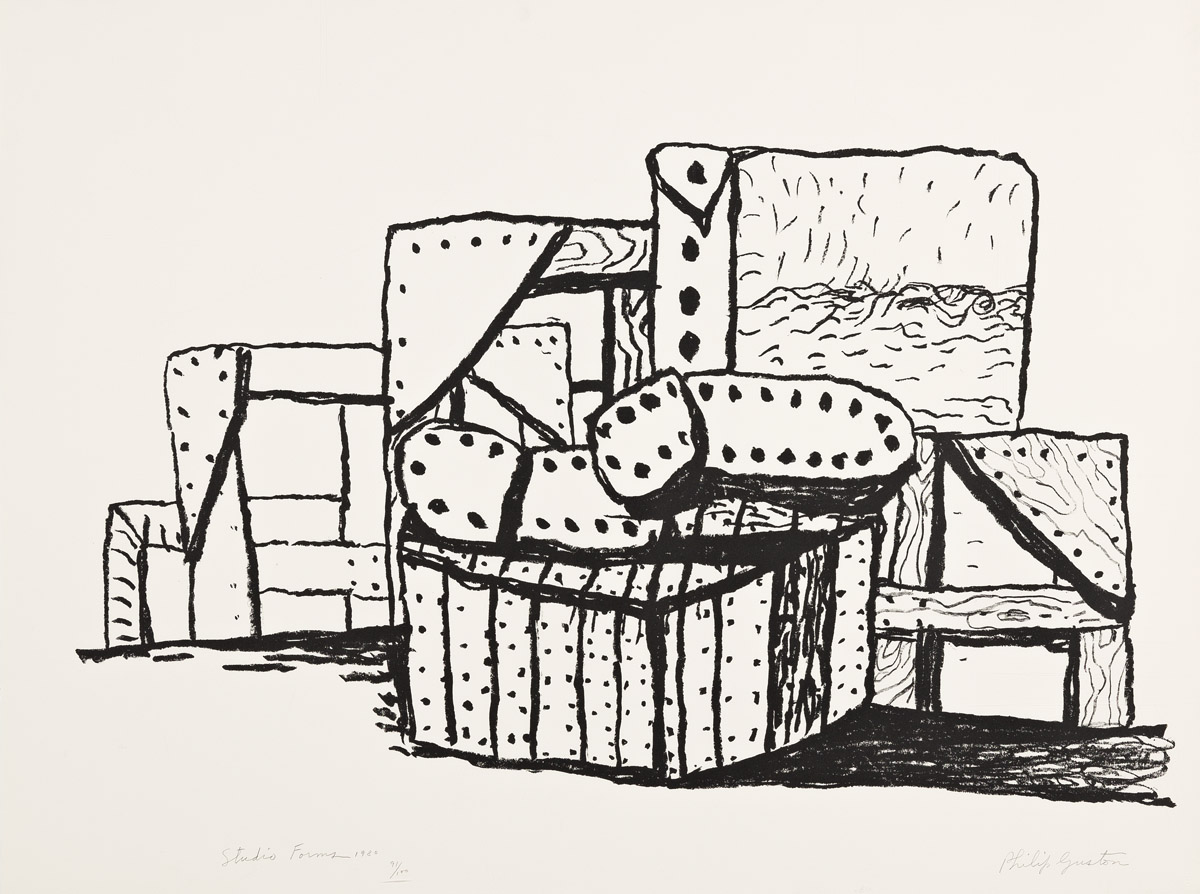