Renoir (1841-1919) was, along with Degas, Monet, and Pissarro, a founder of the Société Anonyme Coopérative des Artistes, Peintres, Sculpteurs, Graveurs and a key organizer of the 1870s Impressionist exhibitions. He is best known for his renditions of the sensuous and monumental bathing nudes that he produced from the 1880s onward, many of which were inspired by the works of Titian, Rubens, and 18th-century French painters such as Boucher and Fragonard.

Like many of his contemporaries, Renoir embraced printmaking as a medium that allowed for more freedom of expression and experimentation. Ambroise Vollard, the eminent Parisian dealer and publisher, and Auguste Clot, the famed lithography printer, were both extremely instrumental in Renoir's foray into printmaking. They greatly encouraged and facilitated his practice of the medium. Vollard met Renoir during the height of Renoir's career and saw the opportunity for lithography to help disseminate the artist's ever popular work, and Clot worked closely with Renoir to masterfully capture the delicate quality of his pastels in color lithography.

Renoir began producing lithographs and etchings in the late 1880s and created an oeuvre over the following two decades consisting of 25 etchings and 29 lithographs, many of them commissioned for various albums or books. His most famous prints reproduce popular compositions he had established in earlier paintings. The current lot is based on an 1893 oil and pastel painting which represents the artist Berthe Morisot's daughter pinning a flower to her cousin's hat. The same subject was reproduced in a series of etchings by Renoir in 1894 (see lot 46). Delteil 30.
Set Alert for Similar Items 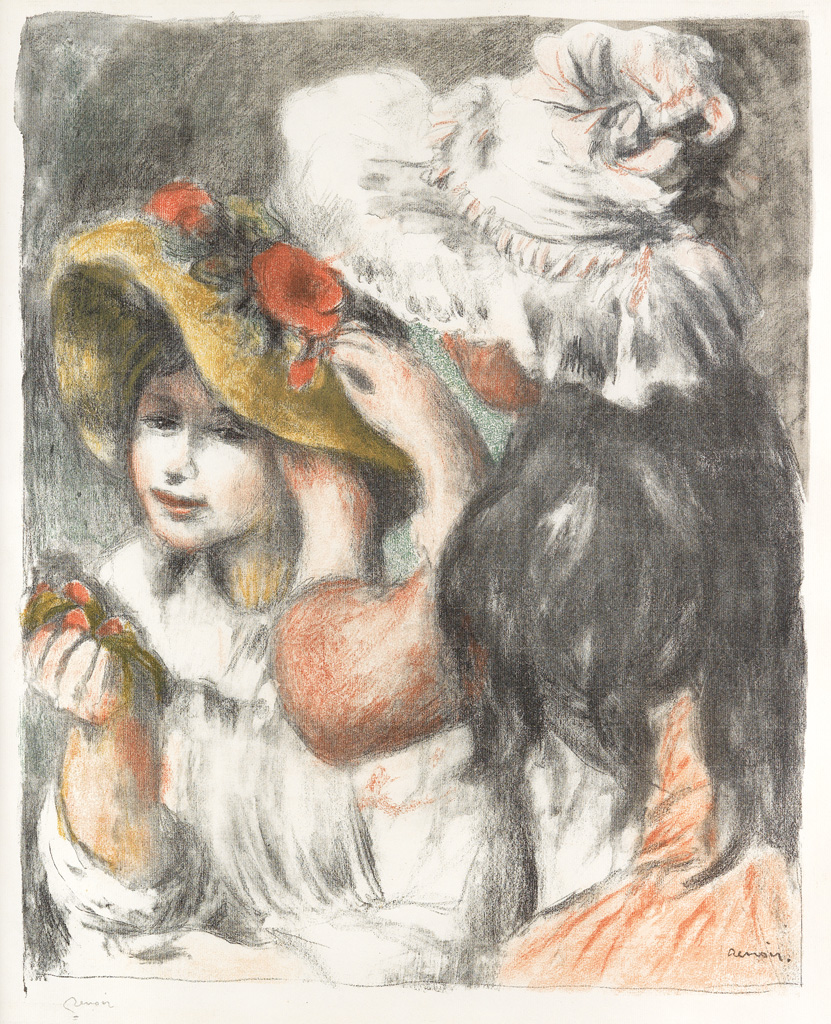