Lookin' In, Lookin' Out.is a monumental and significant painting by Purvis Young and was included in the artist's first retrospective, a thirty year survey of his painting at the Boca Raton Museum of Art.Lookin' In, Lookin' Out is an expressive and dynamic composition, including several of the large heads of the "good people" or "angels" as Young idenified them, painted on a large found piece of plywood.

Purvis Young is known internationally for his highly expressive collages and paintings. In his unique and self-taught manner, he painted his experiences and those of the people around him living in the poverty of Overtown, an African-American neighborhood of Miami, Florida. He often incorporated found objects, including scrap metal, book pages, and discarded envelopes into his work. Young was the subject of a large scale exhibition, Purvis Young, including 100 paintings at the Rubell Collection in Miami, December 3, 2018 – June 22, 2019. His art works were also featured in the exhibition History Refused to Die; Highlights from the Soul Grown Deep Foundation Gift, the Metropolitan Museum of Art, New York, May 22 - September 23, 2018. His artworks are now included in many institutional collections, including the Smithsonian American Museum of Art, the National Museum of African-American History and Culture, the Metropolitan Museum of Art, LACMA, the High Museum of Art and the Virginia Museum of Fine Art.
Set Alert for Similar Items 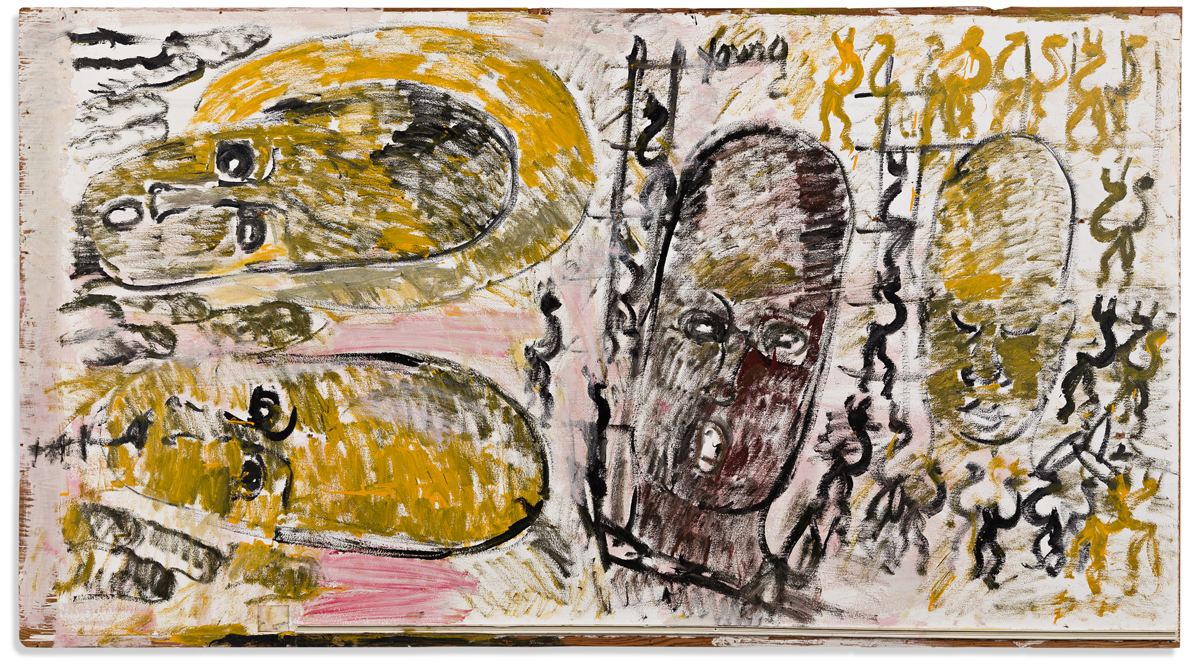