Crawford (1906-1978) is known for his depictions of industry in a Precisonist style. He was born in Ontario, near Niagara Falls, and moved to Buffalo, New York in 1910. He studied at the Otis Art Institute in Los Angeles, The Pennsylvania Academy of Art, the Barnes Foundation (where he came into contact with masterpieces by Paul Cézanne and Henri Matisse) and the Hugh Breckenridge School. Over the course of his career, working in both country (Chadds Ford and Exton, Pennsylvania) and urban settings, notably New York and New Orleans, Crawford developed into one of the foremost American Precisionists, along with Stuart Davis (1892-1964), Charles Sheeler (1883-1965) and Louis Lozowick (1892-1973, see lot 143).

Precisionism evolved from its roots in European Cubism with its sharp edges and flattened forms, but American Precisionists focused primarily on depicting industrial subjects. Crawford's work emphasized American symbols of industry such as skyscrapers, bridges, silos and machinery, creating dynamic, modern and innovative compositions out of flattened forms. He also experimented with photography and graphic media such as screenprints.
Set Alert for Similar Items 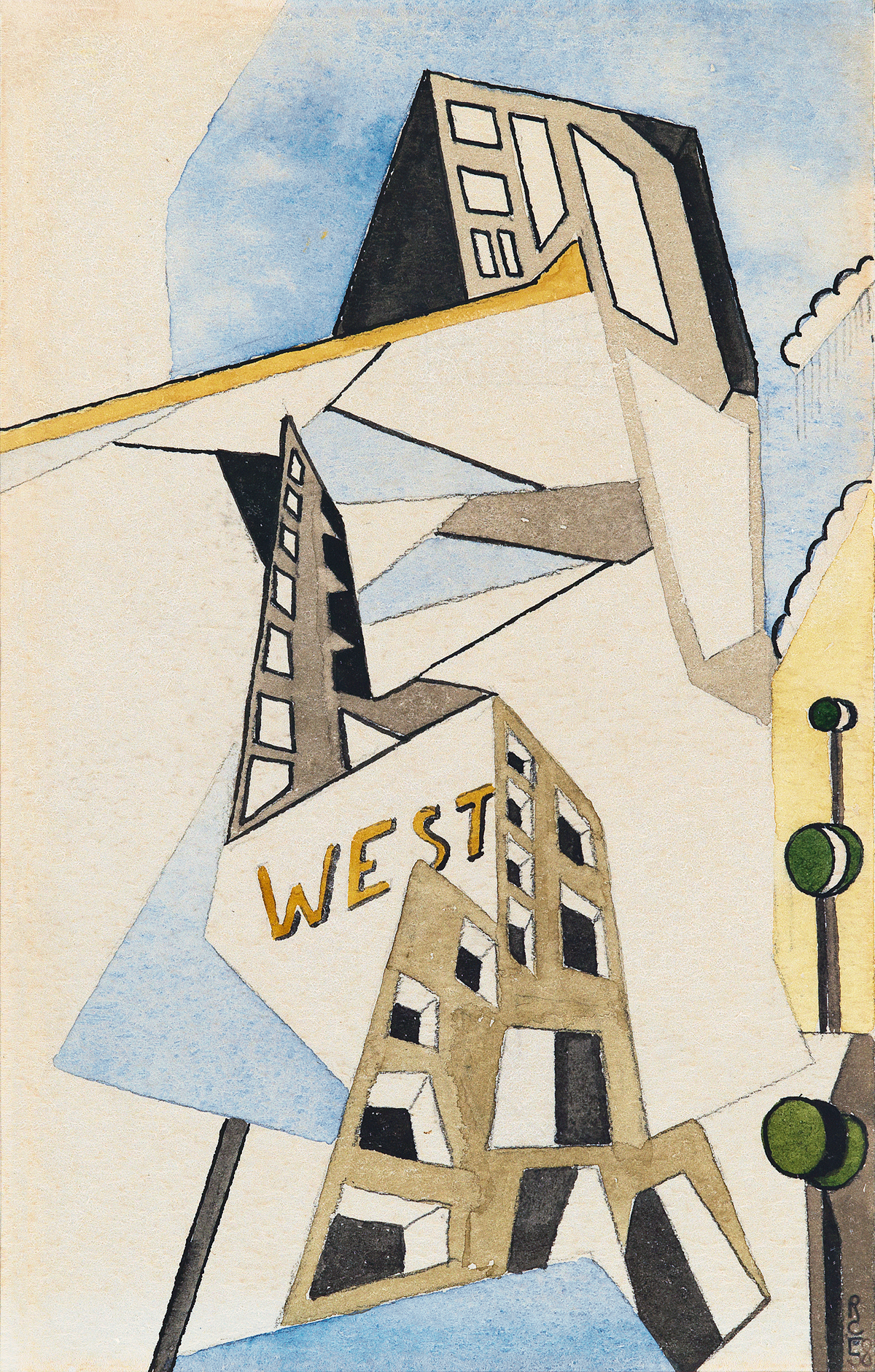