Provenance: William Benton Collection of Reginald Marsh, Storrs, Connecticut, with the blue ink stamp, lower right on the signed side of the sheet; private collection, Chicago.

Born in Paris, the second son in a well-to-do family, Marsh attended Yale University and then moved to New York where, during the early 1920s, he worked as an illustrator and took classes at the Art Students League. Marsh was equally influenced by his art teachers in New York, notably John Sloan (1871-1951), as well as American Regionalists like Thomas Hart Benton (1889-1975) and Old Masters such as Rubens, Titian and Tintoretto. He wholly rejected the modern artistic movements gaining strength in America at the time—Cubism, Surrealism, Abstraction. Instead he pursued a style that is best summed up as social realism: depictions of everyday life in New York, Coney Island beach scenes, vaudeville and burlesque women, the jobless on the streets of New York and the railroad yards and freight trains in New York and New Jersey.

Marsh participated in the federal art programs under the WPA, painting two murals in Washington, DC, and, funded by the Treasury Relief Art Project, completed a series of frescoes in the New York Customs House, now the National Museum of the American Indian, that depict eight New York Harbor scenes and eight portraits of great navigators. It is one of the most celebrated mural installations created under the New Deal in New York City.
Set Alert for Similar Items 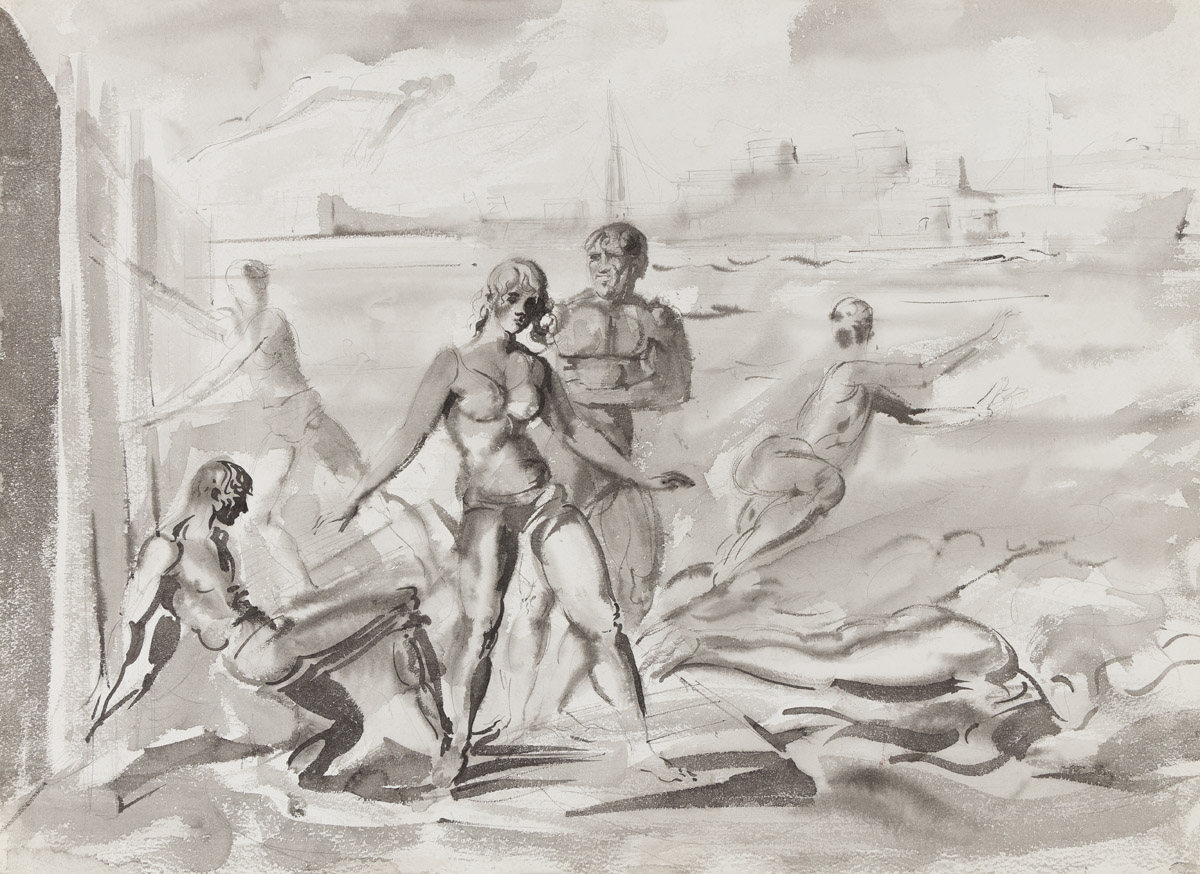 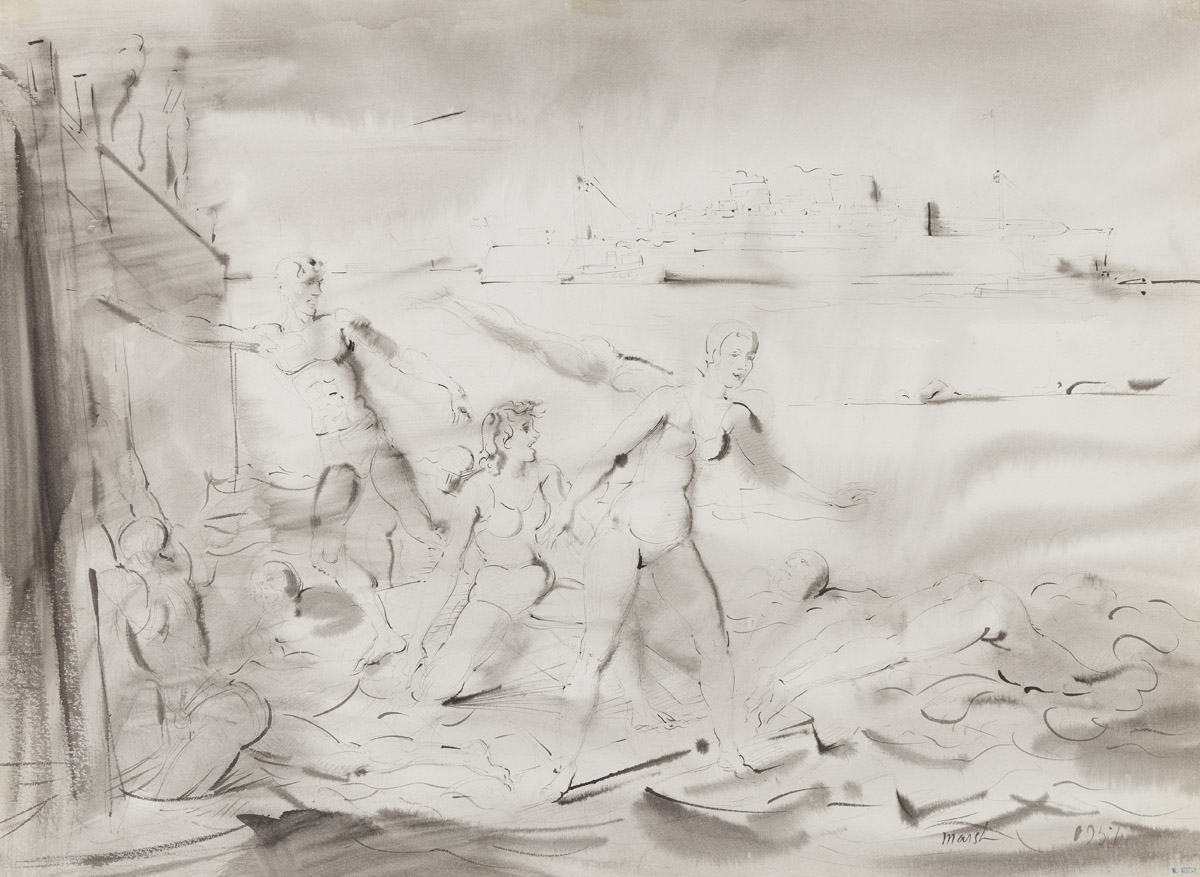