This poignant scene from the artist's Migrant Series is only the second oil painting by Rex Goreleigh to come to auction. Goreleigh is best known for these scenes depicting the rural life in New Jersey of migrant workers, incorporating a political and social awareness with his painterly approach.

Born in Pennsylvania, Rex Goreleigh's family moved to Washington, DC, where he graduated from Dunbar High School. Throughout the 1930s, he was associated with many WPA programs and taught art across the country. Goreleigh first worked with WPA muralist Ben Shahn in 1934. After a two-year hiatus studying art in Paris, he returned to New York and taught art at the Utopia House under the Federal Arts Project, and later at the Harlem branch of the YMCA. Goreleigh and Norman Lewis also taught under the Federal Art Project in Greensboro, NC, where he remained and married a local librarian. The couple moved to Chicago in 1940, and he worked as an art coordinator for the Schreiner-Bennet advertising agency. From 1944 to 1947, Goreleigh directed the Chicago South Side Community Art Center, succeeding its first director Margaret Burroughs.

Goreleigh eventually moved to Princeton, NJ in the late 1940s, and directed the Princeton Group Arts from 1947 to 1953, a community arts center that provided lesson and organized concerts, lectures, and exhibits. In 1955, he opened his "Studio-on-the-Canal" on Canal Road where he worked for 23 years - and where his friend the artist Hughie Lee-Smith also taught painting classes. Goreleigh's paintings and prints are included in the collections of the New Jersey State Museum, the Paul R. Jones Collection, University of Delaware, and the Harriet and Harmon Kelley Collection of African-American Art, San Antonio.
Set Alert for Similar Items 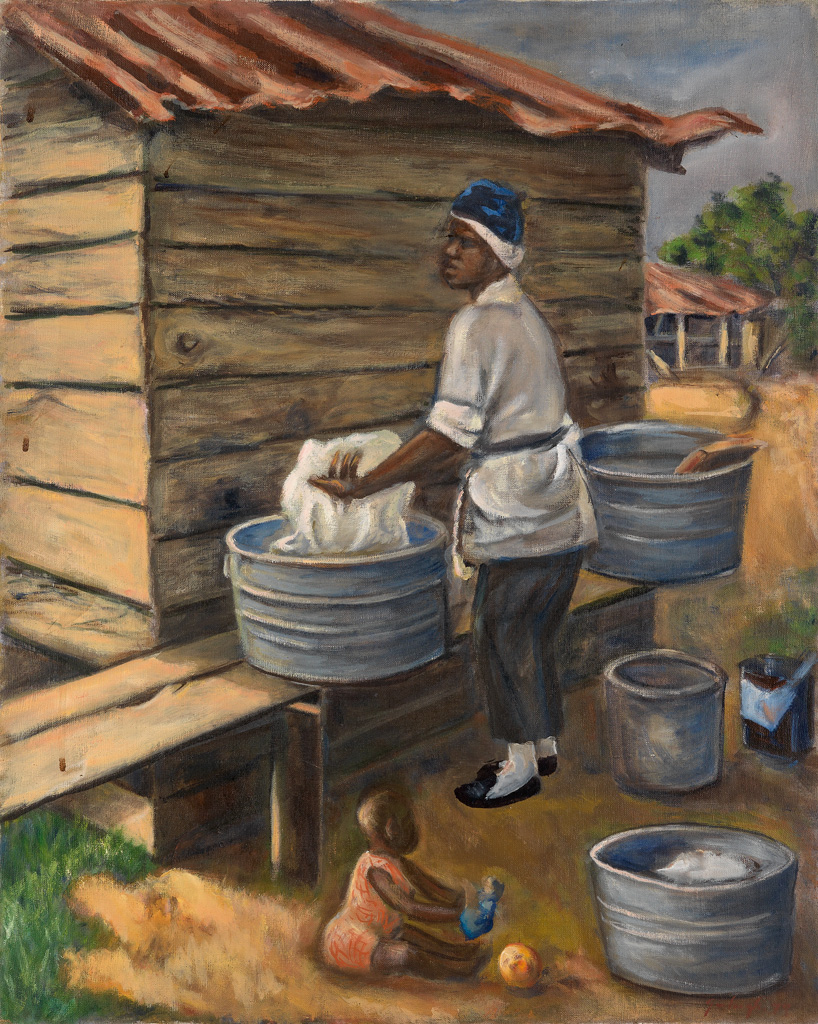