The owner's mother was gifted this work by Peter Pollack, the director of the Southside Community Art Center in 1940. While cleaning out their building's basement, she found this sculpture abandoned in the basement at 3831 S Michigan Avenue. Previously, the home was built in 1892 for George A. Seaverns, Jr. and his family. In the early 20th century, as wealthy white families moved away, the grand house was eventually converted into apartments in the now African-American neighborhood.

Exhibited: An Exhibition of Portraits and Sculpture by Richmond Barthé, The Woman's City Club, Chicago, June 67 - 21, 1930. This exhibition of 38 works included 24 sculpture, 6 portraits in pastel and 8 conte crayon studies, including Jubilee Singer, Deviled Crab Man, Blackberry Woman, Black Narcissus West Indian Venus and Breakaway, reflected the broadening of his repertoire from portraiture to include popular black American types.Exhibition of the Work of Negro Artists, the Harmon Foundation, New York, February 16 -28, 1931. Boy with a Broom was one of five artworks by Barthé in his second showing at the Harmon Foundation; The Wisconsin Union, University of Wisconsin, April 7 - May 1, 1931. It included 17 artworks; one sold for $50; Women's City Club, 22 Park Ave, New York, June 7- 21, 1931. It included Boy With a Broom along with several others from the earlier Harmon Foundation exhibition.

Boy with a Broom is an exciting discovery - an extremely scarce example of a large plaster sculpture surviving from Richmond Barthé's early career. Most of the early plaster works from Barthé's first two Harmon Foundation exhibitions, like West Indian Girl, 1929 are only known today from reproductions. In 1928, Barthé also made a series of historical African-American figures in busts known including Henry Ossawa Tanner and Touissant L'Ouverture; from this series, Paul Laurence Dunbar and Booker T. Washington are now in the collection of the Virginia Museum of Fine Arts. This charming, life-size portrait was likely made in New York as Barthé arrived in Harlem in February of 1929 and did not return to Chicago until the summer of 1930. While Barthé was the toast of the town in Harlem, he was also preparing for his first solo exhibition sponsored by the Woman's City Club of Chicago planned for June of 1930. He brought back to Chicago 26 sculptures, six oil paintings and eight drawings, including Boy with a Broom. It was such a success that soon after Barthé had successfully applied for a Rosenwald Foundation scholarship to return to New York. 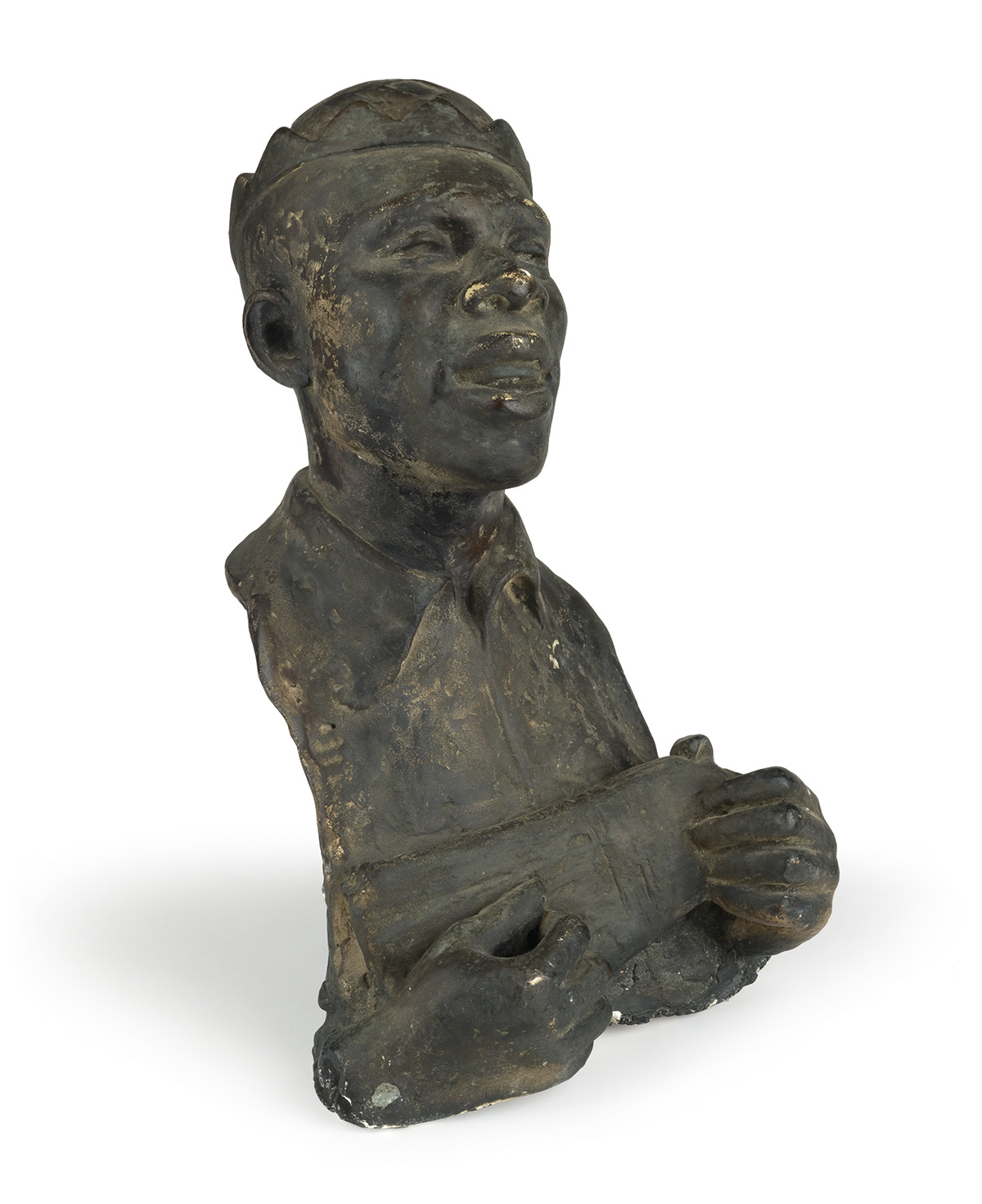