Grander in scale than its actual size, Feral Benga was one ot the artist's major achievements in his life-long body of work, a natural and sensual repesentation of the male nude, made at the height of his career. The sculpture was first shown at the 1937 Dance International exhibition at Rockefeller Center, and was later featured and illustrated in Alain Locke's seminal survey, The Negro in Art.The figure is also important as a groundbreaking evocation of both male and homosexual sexuality in early 20th century American Art. This is the second time that this 1986 cast of this bronze sculpture, the artist's most celebrated figure, has come to auction--there are only two bronzes known to exist from the 1930s casting. Vendryes pp. 66-69.
Set Alert for Similar Items 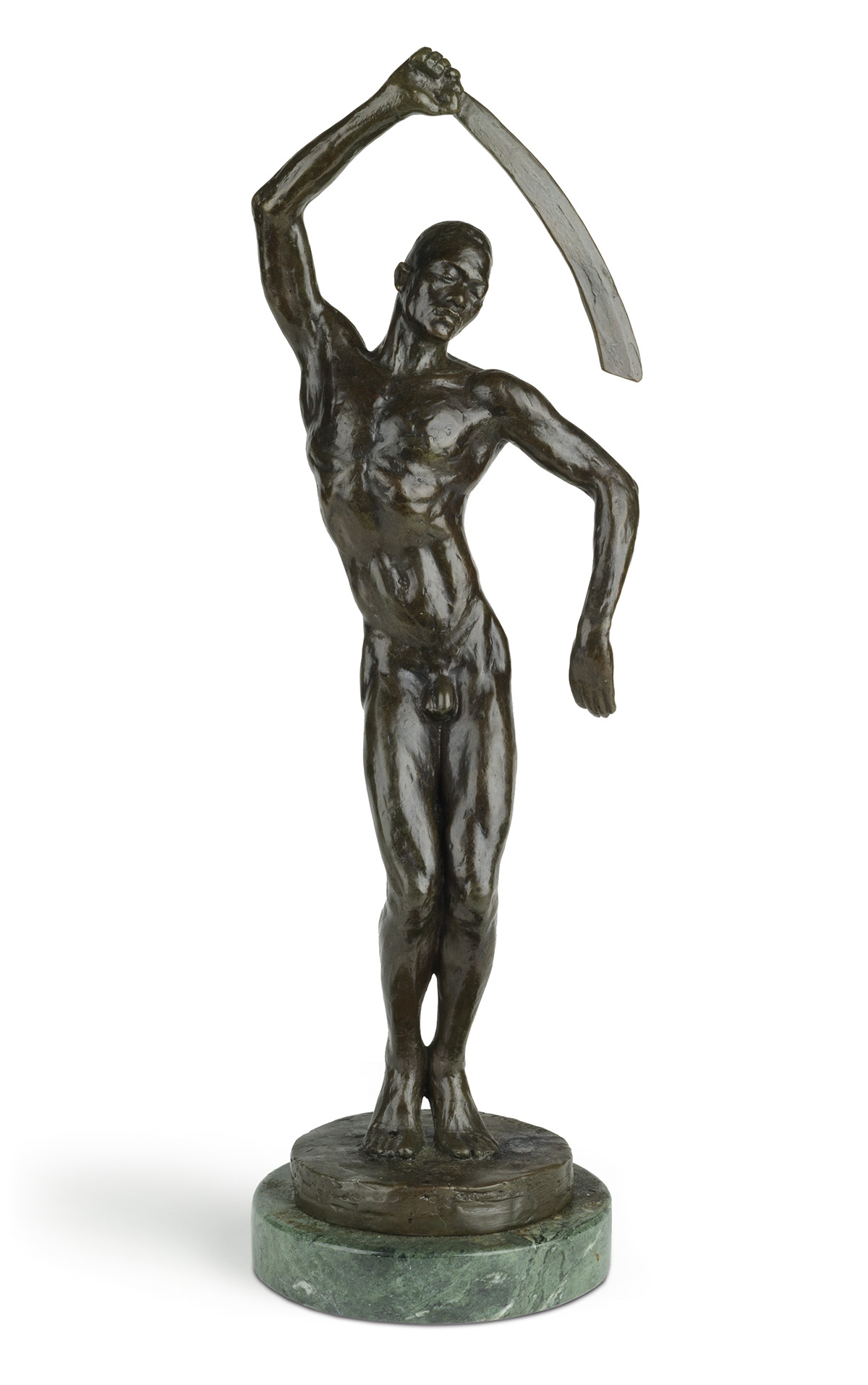 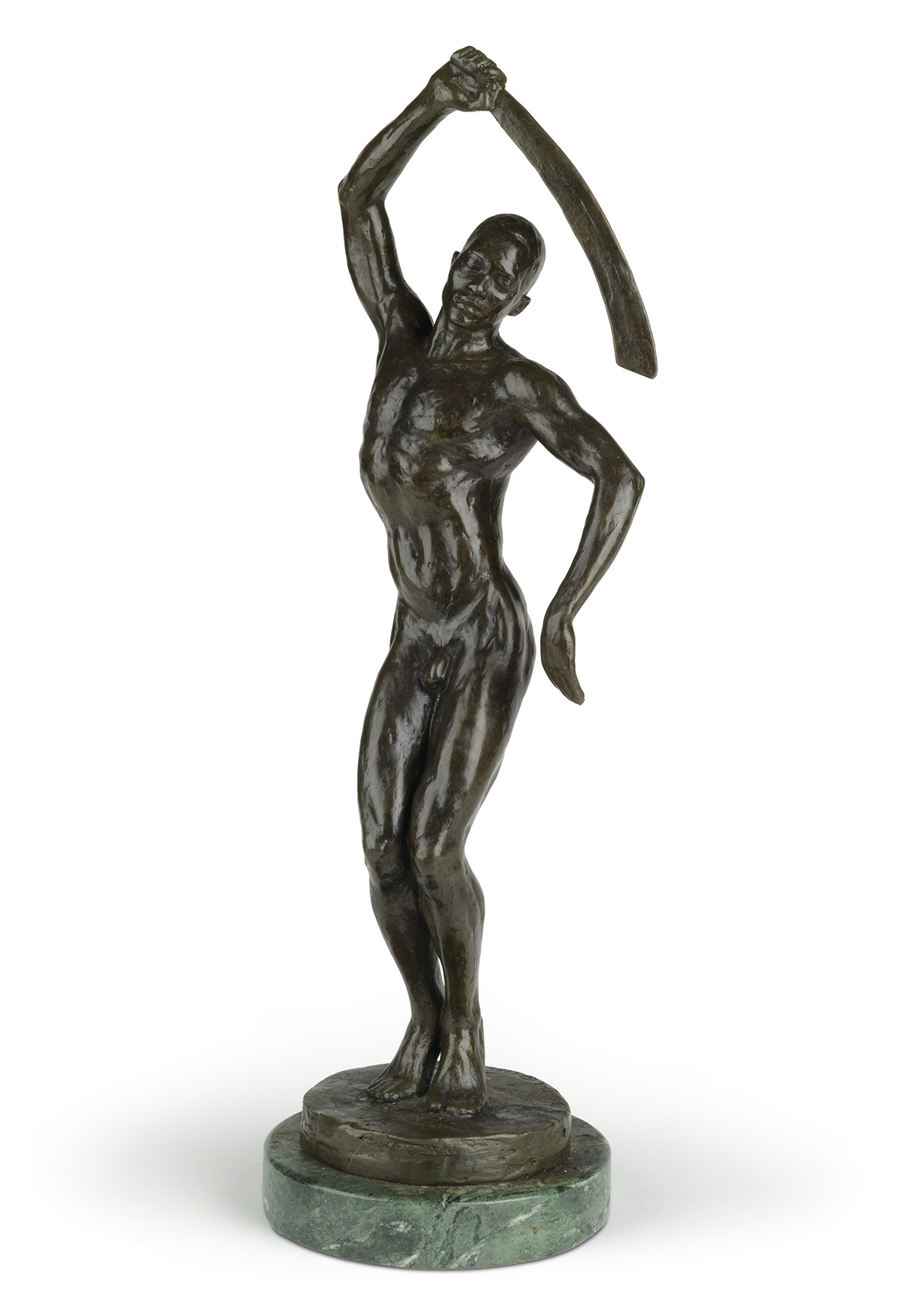