Exhibited: Two Centuries of Black American Art, Los Angeles County Museum of Art, September 30 - November 21, 1976, (traveled through 1977, to the High Museum of Art, Atlanta, the Museum of Fine Arts, Dallas, and the Brooklyn Museum of Art).

The Awakening of Africa represents Richmond Barthé's many great achievements in figure sculpture including his masterful sense of anatomy and movement, and his pursuit of a male nude ideal. Barthé made this large and significant bronze figure in Jamaica where he lived from 1949 to 1969. As Margaret Vendyres notes, this powerful, rising figure has a greater presence than its physical size of less than three feet. Its title reflects both the artist's early interest in Alain Locke's philosophy of The New Negro, the turning to Africa for cultural models, and in the contemporary political and social movements for independence in Africa and the Caribbean in the late 1950s. According to Samella Lewis, Barthé had originally hoped this bronze would be included in the World Festival of Negro Arts in Dakar, Senegal in 1965. This cast was then featured in the landmark exhibition Two Centuries of Black American Art at the Los Angeles County Art Museum in 1976 - one of four works included by the artist. Barthé had moved to Pasadena the year before, and was able to share in the widespread acclaim for the exhibition. Lewis pp. 110-111; Vendryes pp. 168-170.
Set Alert for Similar Items 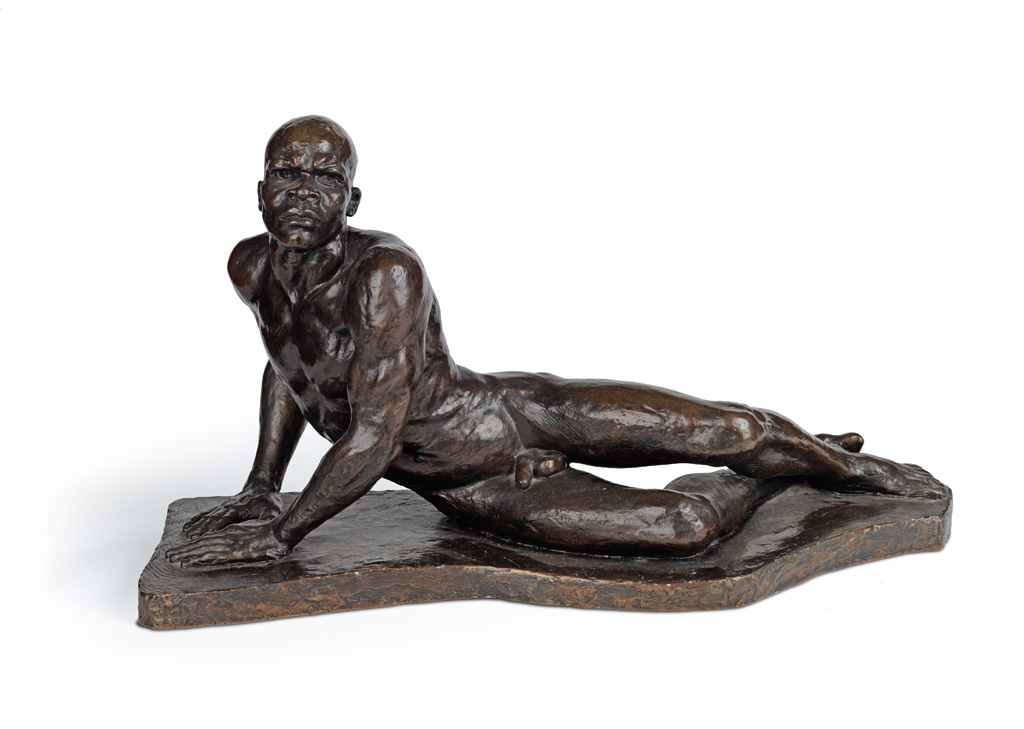