Archive of preparatory material for "Fun with Our Family."

The second book in the "New Basic Readers Program of the Sixties" series created by by Scott, Foresman and Company, 1962.
The archive comprises three main elements: Pencil roughs of the full book consisting of a cover illustration and 60 pages (in folded quadrants) of handwritten text and sketches (all in the artist's hand) * Fifteen envelopes, one for each story in the book, containing preparatory modeling photos of the artist's family, typed revision notes from the publisher, sketches and re-worked pages * Two mimeographed proof sketchbooks contaning Childress' copious edits, a few text revisions, and some reworked illustrations laid into the pages. See condition report for breakdown of contents.

Provenance: The artist, by descent to daughter Nancy, who was the model for the character Sally.

Perhaps the most famous series of readers for young children, the "Dick and Jane readers," was the brainchild of Scott, Foresman editors/writers William S. Gray and Zerna Sharp. Developed in the 1930s, their popular primers, which used the "look-see" (i.e. sight-reading) method, peaked in the 1950s and taught generations of American school children the fundamentals of reading, writing, and verbal skills. When the company sought to update the series in the late 1950s and early `60s, they worked with professionals in the fields of child psychology and early childhood education to create the texts that used modern pedagogical methods and artwork that would reflect contemporary props and story plots to engage beginning readers. With an emphasis on visual stimulation and the idea that children learn to read pictures before text, SFC hired Childress to create the accompanying illustrations that children could relate to and ideally spark their joy for reading. His wholesome, joyful imagery for such advertising campaigns as Wonder Bread, Campbell's Soup, and Coca-Cola, among other traditional brands, made him the ideal illustrator for the series .
Childress was so enthused by the project and produced several stories between 1958 and 1968. He employed his entire family in the venture, having them pose for the illustrations which SFC encouraged, printing all the photos he needed for his work. These photographs, which display his commitment to honest and realistic poses and expressions, were preserved by Childress and his family and are included in this archive, organized by the titles of the stories for which they were created. The accompanying full pencil roughs lay out the chapters and contain meticulous handwritten text beneath his perfectly composed sketches.
Childress' contributions were so integral that the publishers would entrust him with textual edits that he suggested, some examples of which are marked in the proof sketchbooks.
This archive provides a wonderful and detailed look into the creative process of the illustrator who helped shape mid-century American education. See also lot 84 for illustrations by Bob Childress.
Set Alert for Similar Items 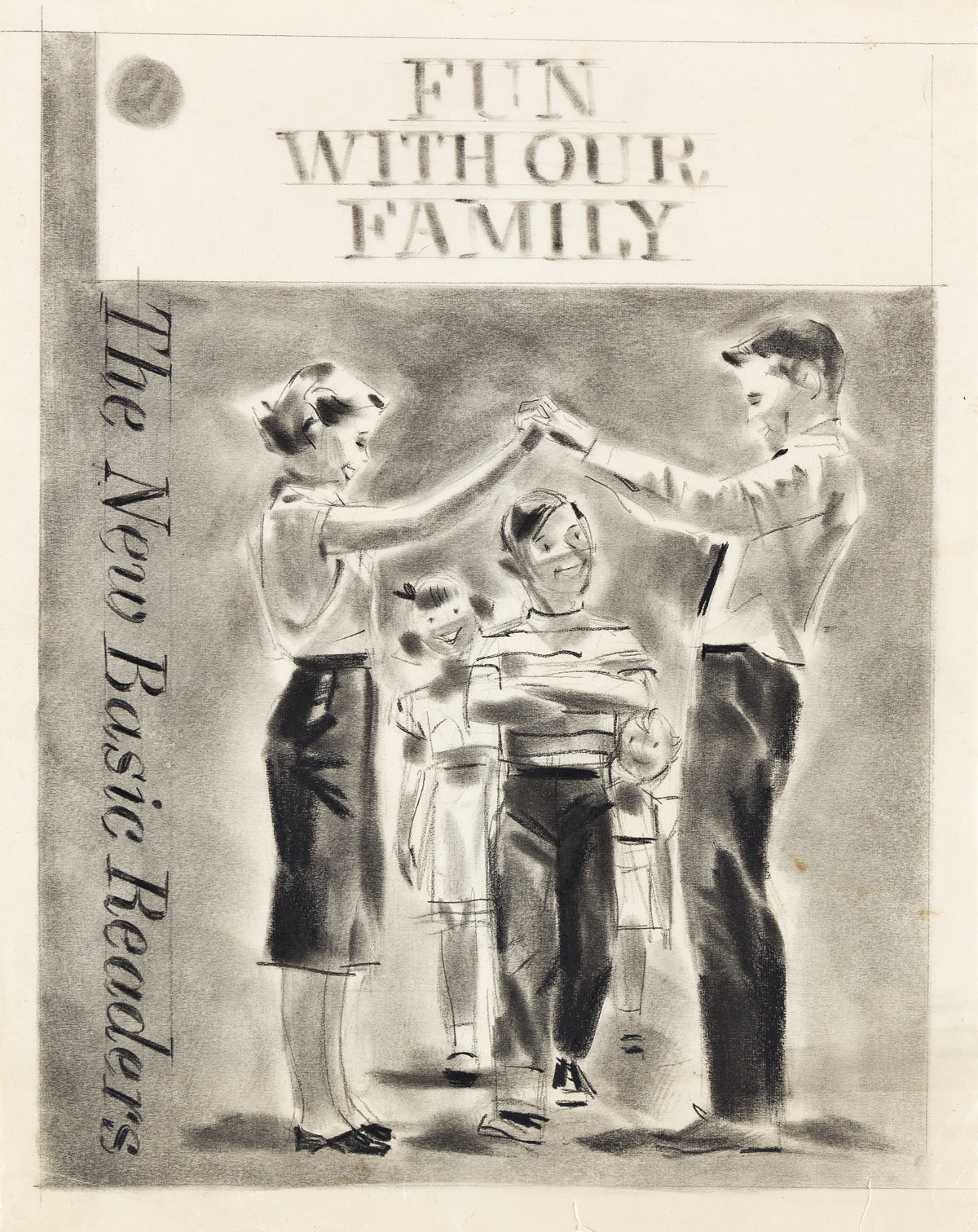 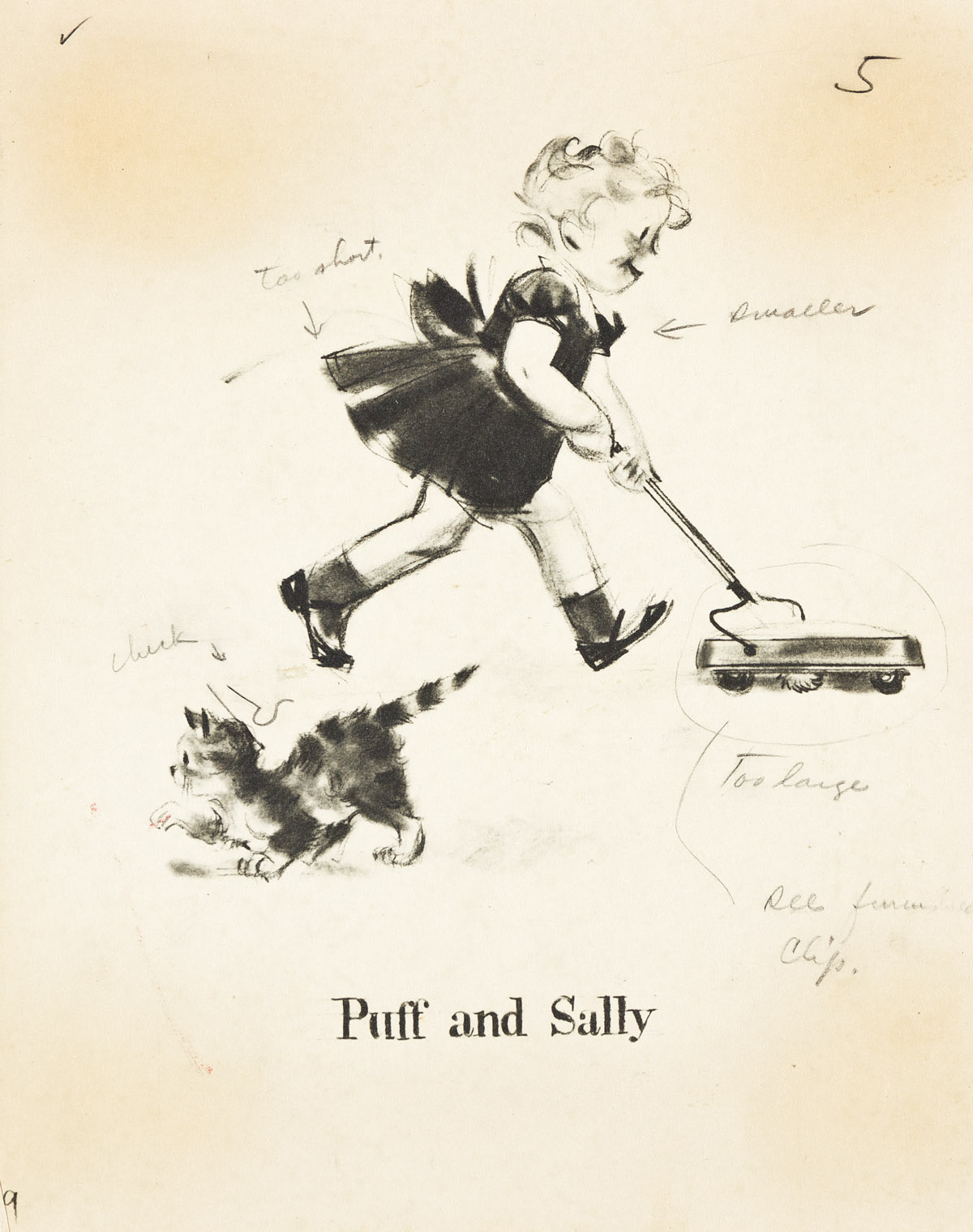