This significant Colescott painting is a richly painted canvas from his mid-career that includes a self-portrait. Here the artist is being dumped at the foot of a dump - an enormous, teeming pile of all kinds of household objects. In her retrospective essays, Lowery Sims further connects Colescott's painting to art history - how his flattened and filled landscapes echo the pictorial space of Abstract Expressionism and Color Field painting. The artist also created an alternate version with a woman standing in front of the dump, his parody of the Andrew Wyeth painting Christina's World, called Christina's Day Off (Down in the Dumps II), 1983, which is now in the collection of the Saint Louis Art Museum. In this period of more personal imagery, Colescott never shies away from confronting social issues - Mitchell Kahan describes how in Colescott's painting "unfulfilled desire and jaded consumption are twin urges revolving in the same orbit." Sims/Kahan p. 7 and 26.
Set Alert for Similar Items 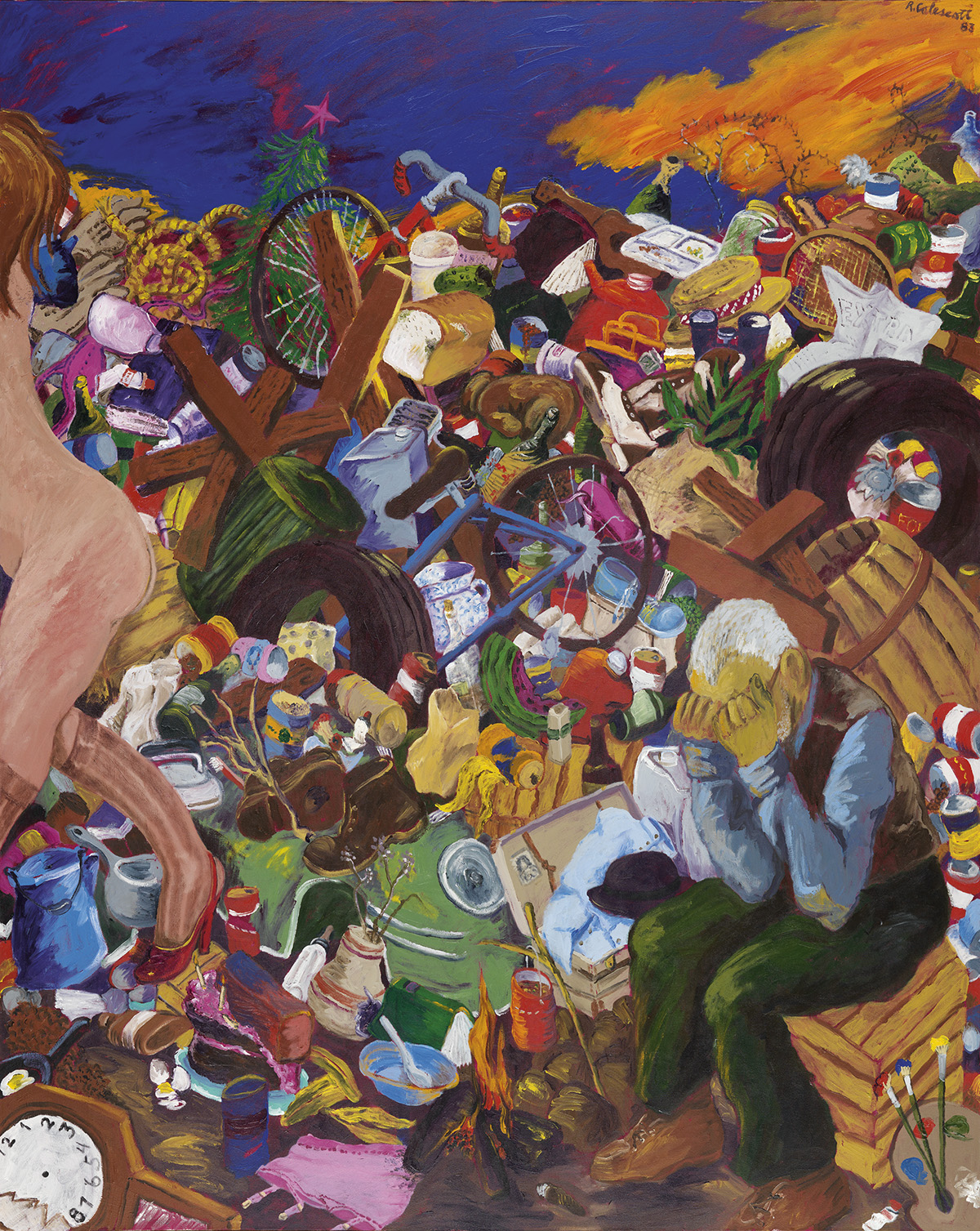