Price Realized: $ 6,000
Price Realized: $ 7,500
?Final Price Realized includes Buyer’s Premium added to Hammer Price
Estimate: $ 2,000 - $ 3,000
ROBERT DE FLERS (DATES UNKNOWN) & ALPHONSE MUCHA (1860-1939) ILSÉE / PRINCESSE DE TRIPOLI. Bound volume. 1897.
13 1/4x10 1/4 inches, 33 3/4x26 cm. H. Piazza & Cie., Paris.
Condition A. Leather bound in modern green leather, wrappers bound in.
Mucha's idea of an "art book," in which each page is richly illustrated, was influenced by the work of Eugène Grasset and Carlos Schwabe. Mucha frames each page with a graphic cord that interweaves, in a different pattern, with the borders on every page. The overall result is his "most complete statement in the Art Nouveau style . . . [and] one of the best examples of total book design" (Mucha p. 12). "Ilsée was a bibliographical rarity from the day of its publication and . . . it is Mucha's most successful book, displaying his authoritative mastery of design on every page, and at a time of distinguished book illustration and production, it is unquestionably a masterpiece" (ibid). The book was originally conceived of by H. Piazza on the basis of Edmond Rostand's successful theatrical production of Princess Lointaine, starring Sarah Bernhardt, for which Mucha had designed the costumes. Piazza set the project into motion but was unable to reach a financial agreement with Rostand. Instead he hired Robert de Flers to rewrite the mythical love story. By the time Piazza signed a contract with de Flers and completed his subscription for the book, there were only three months left for Mucha to work on the illustrations. While the fairytale story is of little literary consequence, the concept and execution of the design was extraordinary. In order to help Mucha achieve this Herculean task, Piazza moved him into a new, larger studio on the Rue du Val de Grâce, where he would have hand-printing presses on location to help him with his work. Mucha himself described the feverish pace and style of work in his new studio: "The work on Ilsée proceeded as follows: the script, which had been made for me from the proofs of the book, was divided into separate pages and I sketched the compositions for each of them in pencil on tracing paper. Then I drew the figural part on to the stone which I passed to the lithographer who completed the page following my pencil rough. As soon as the stone was finished, it went to the print shop and straight on to the press. Thus for at least six weeks my studio was converted into a lithographic workshop with all its inconveniences" (Alphonse Mucha: The Master of Art Nouveau, p. 103). Number 141 of 252. Mucha / Bridges L11, Triumph des Jugendstils 110-112, Spirit of Art Nouveau 69.
Set Alert for Similar Items 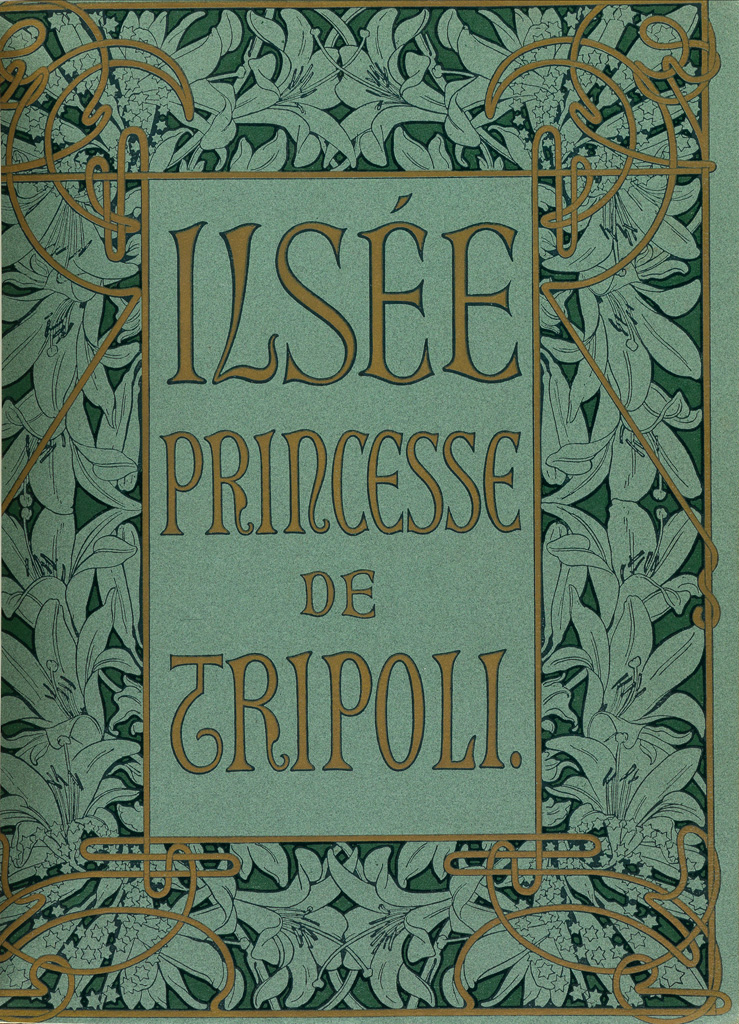