In 1968 Robert and Mary Frank donated this print to Saint Ann's School in Brooklyn Heights for inclusion in the institution's first fundraising auction. It was purchased by Louis and Helen Silverstein, who had solicited the donation and were also friends and colleagues of the Franks.

Louis Silverstein was a groundbreaking art director for the New York Times, who, over the course of his long career, would revolutionize the appearance and visual language of the newspaper (he became known as the godfather of modern newspaper design). Silverstein first encountered Frank's work in Fortune magazine, and invited the young photographer to his offices in New York. What followed was a sustained and incredibly fruitful working relationship between the two which would lead, among other things, to the publication New York Is.

In 1954, Frank applied to the John Simon Guggenheim Memorial Foundation fellowship. For the following two years, Frank would travel across the nation to document American life through photography. The imagery produced by the artist during this time is seen as some of the most iconic of its time. In his application, Frank wrote that his goal was "to photograph freely throughout the United States, using the miniature camera exclusively. The making of a broad, voluminous picture record of things American, past and present."

"I saw a lot of things other people didn't see," Frank said. "The eyes were always fine and could always find a place of interest and zoom. That's my profession, to look." In this incongruous image, we see Frank looking at a baby crawling next to a jukebox, an item that somehow seems to stand in for the infant's guardian. The off-kilter composition (dominated by the looming jukebox) speaks to Frank's expressive style, one that privileged raw truth. 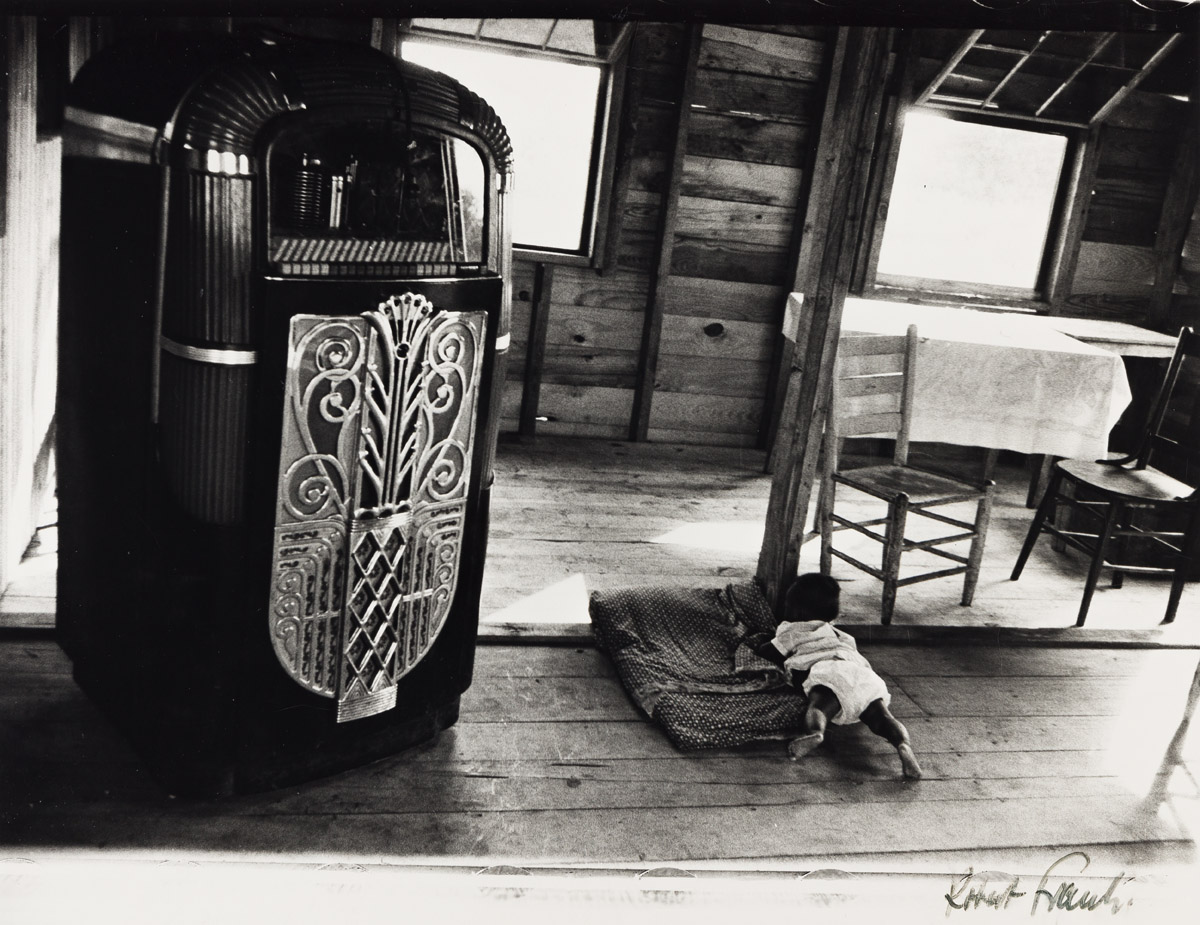