Robert Mapplethorpe met Lisa Lyon in 1980, after she became the first World Women's Body Building Champion. Shortly after Lyon retired from the sport, preferring to view herself as a performance artist. Over the following few years Lyon and Mapplethorpe would collaborate on numerous sittings, including portraits, full body studies, and fragmented body studies. In these works Lyon would take on various appearances and present variants of female identity.

In Lyon, Mapplethorpe found the ideal muse. His explorations of the human form, classicism, American culture, and erotica all found space in the series. Further, his interest in intersections and contrast, including the play between strength and fragility, light and dark, soft and hard, feminine and masculine, are fully realized themes.

Here, the tension embodied in Lyon's hands and arms, her flexed bicep, and her powerfully erect pose, are balanced by her obscured face, the delicate flower in her hat, and even in the lustrous leather corset she wears.

Mapplethorpe's collaboration with Lyon resulted in a book titled Lady: Lisa Lyon published in 1983. The image offered here was on the cover of that publication. 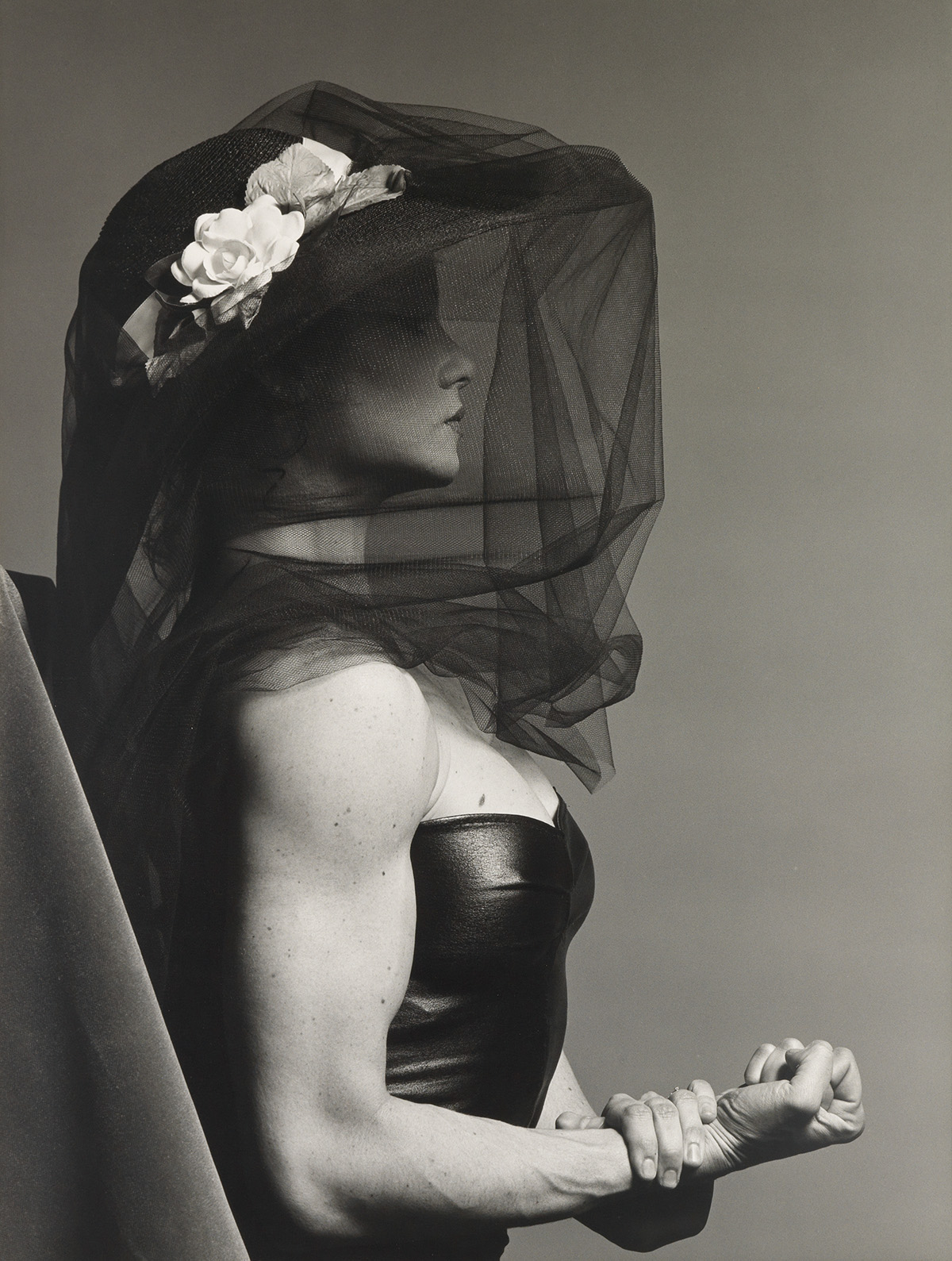