Though Motherwell (1915-1991) is known for his integral role in the New York school of Abstract Expressionism, the current lot from early in his career engages with Surrealist ideas of automatism. At the suggestion of his Columbia University professor, the important art historian Meyer Shapiro, Mothewell had worked with the Swiss Surrealist artist Kurt Seligmann, who in turn introduced him to the Chilean artist Roberto Matta. Under their guidance Motherwell began experimenting with the monoprint technique and adopted the Surrealist practice of automatism, allowing chance and the subconscious to play a role in producing artwork.

The current work was produced in Seligmann's New York studio in 1941, reflecting these influences. Automatism would continue to play a role in Motherwell's career as his oeuvre became increasingly more gestural, contributing to the success of his Abstract Expressionist work, including the lauded Elegies to the Spanish Republic series, which dominated most of his mature career.
Set Alert for Similar Items 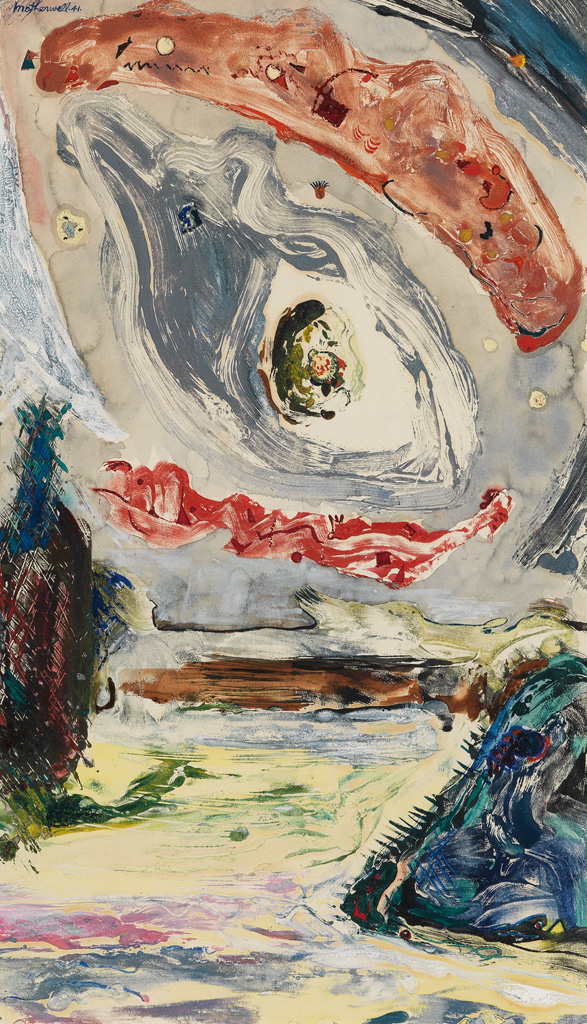