A vivid depiction of queer life in the early twentieth century, told through the coming-of-age story of Fay Etrange, the gender and sexual non-conforming protagonist. Pseudonymously written, modern scholars attribute the work to Robert McAlmon, poet and publisher of many important authors, including Hemingway, Gertrude Stein, H.D., Ezra Pound, and others.
The publisher, Samuel Roth (1893-1974), was a prolific producer and retailer of banned books on a variety of racy subjects who served time in jail for peddling obscene and banned materials. In his landmark Supreme Court case, Roth v. United States (1957), the Constitutional test for determining what constitutes obscenity was modified and redefined, laying the groundwork for subsequent easing of government control of sexual expression under the First Amendment. This edition itself may be pirated, as noted in Gertzman's Bookleggers and Smuthounds. "Four of Roth's Faro titles [including A Scarlet Pansy] were issued from 1933 throughout the rest of the decade under two imprints seemingly unauthorized by him." Although this copy bears the Faro imprint, and lists other circa 1933 Roth titles on the back panel of the dust jacket, the binding and its paper label differ from other recorded copies of the first edition, and the jacket is printed in black and white only, whereas early jackets are printed in black and red.New York: William Faro, 1933 [or later].
Set Alert for Similar Items 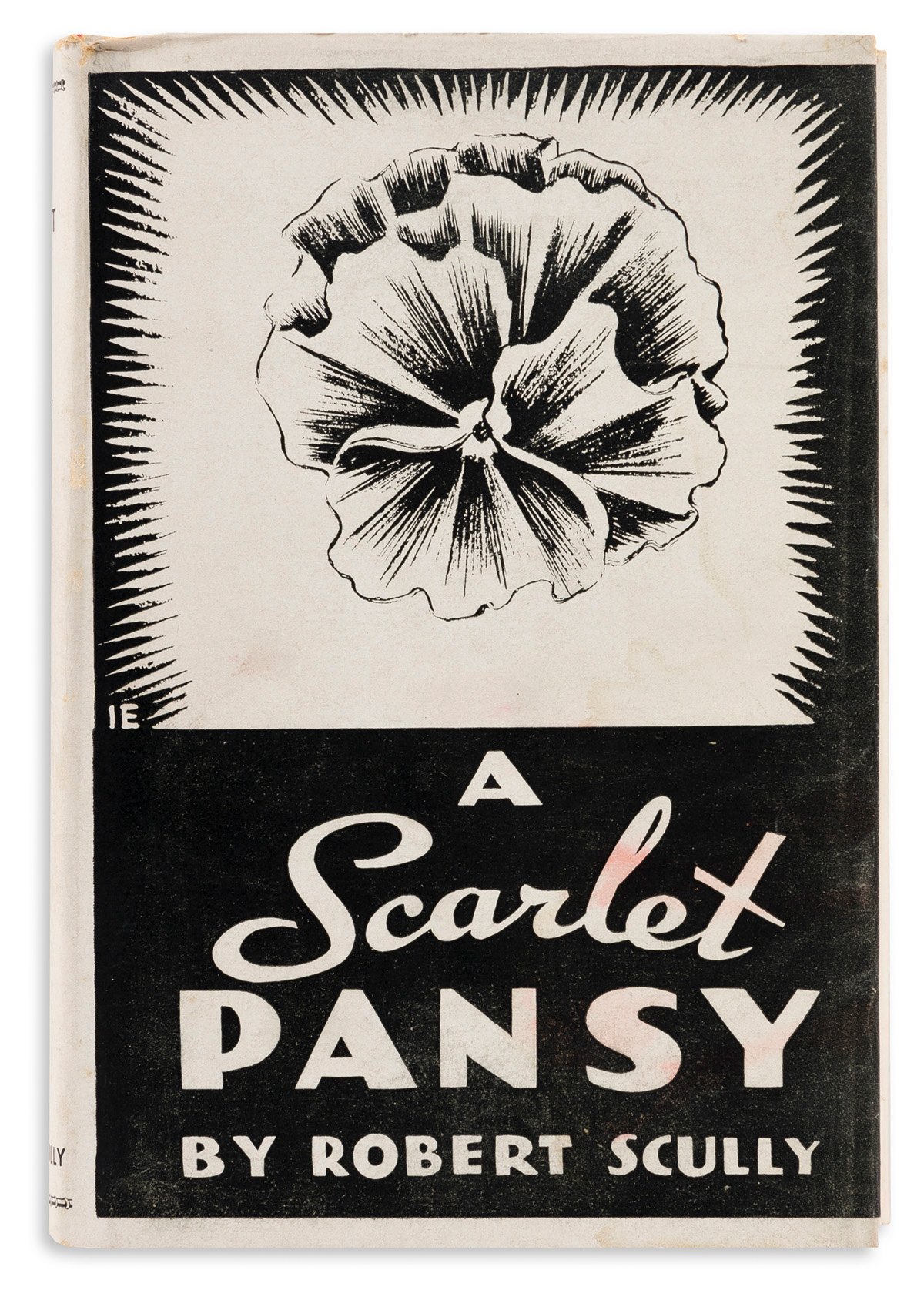