After touring Europe and North Africa with Cy Twombly (1928-2011), Rauschenberg (1925-2008) re-emerged in New York in 1953 to develop his Combine works, which blended three dimensional everyday objects with painting in collages that explored the gap between elevated fine art and daily detritus. During this time Rauschenberg met Jasper Johns (born 1930), who had recently returned to New York from the U.S. Army. Rauschenberg, who was exhibiting and working as a maintenance man at Eleanor Ward's Stable Gallery helped Johns gain footing in the art world. The two artists were professional and romantic partners for six years. In 1954, Johns helped Rauschenberg create one of his first Combines, Minutuae as a prop for a Merce Cunningham performance. It was through another Combine, Short Circuit, 1955, that Rauschenberg featured a reproduction of one of Johns' flag paintings. In 1957, Leo Castelli met Johns while visiting Rauschenberg's studio and offered to exhibit the younger artist's works. In 1958, with concurrent shows at Castelli and Cornell University, the two artists' popularity rose, however their important collabration and profound mutual impact on each other's works during these formative New York years can't be understated.

Rauschenberg's career blossomed during the 1960s, with numerous ground-breaking gallery and museum exhibitions, both in and around New York and internationally. He purchased the Beach House, his first property on Captiva Island, in 1968. However, the property did not become his permanent residence until the fall of 1970. Rauschenberg worked from his home and studio on Captiva Island throughout the 1970s, focusing on both printmaking and related original works using natural fibers found in fabric and paper. During this time he created the Hoarfrost (1974–76) and Spread (1975–82) series; the latter featured large stretches of collaged fabric on wood panels. Rauschenberg created his Jammer (1975–76) series using colorful fabrics inspired by his trip to Ahmedabad, India, a city famous for its textiles. International travel became a central part of Rauschenberg's practice after 1975 and through the 1990s and early 2000s he continued to evolve his artitic process and experiment with new materials such as steel and mirrored aluminum, transferred digital inkjet photographic images to a variety of painting supports, and biodegradable dyes and pigments. Rauschenberg is considered both a seminal American contemporary artist, whose early works such as the current watercolor and collage anticipated the Pop art movement, and a prolific creator, whose unparalleled, experimental creative streak spanned more than half a century.
Set Alert for Similar Items 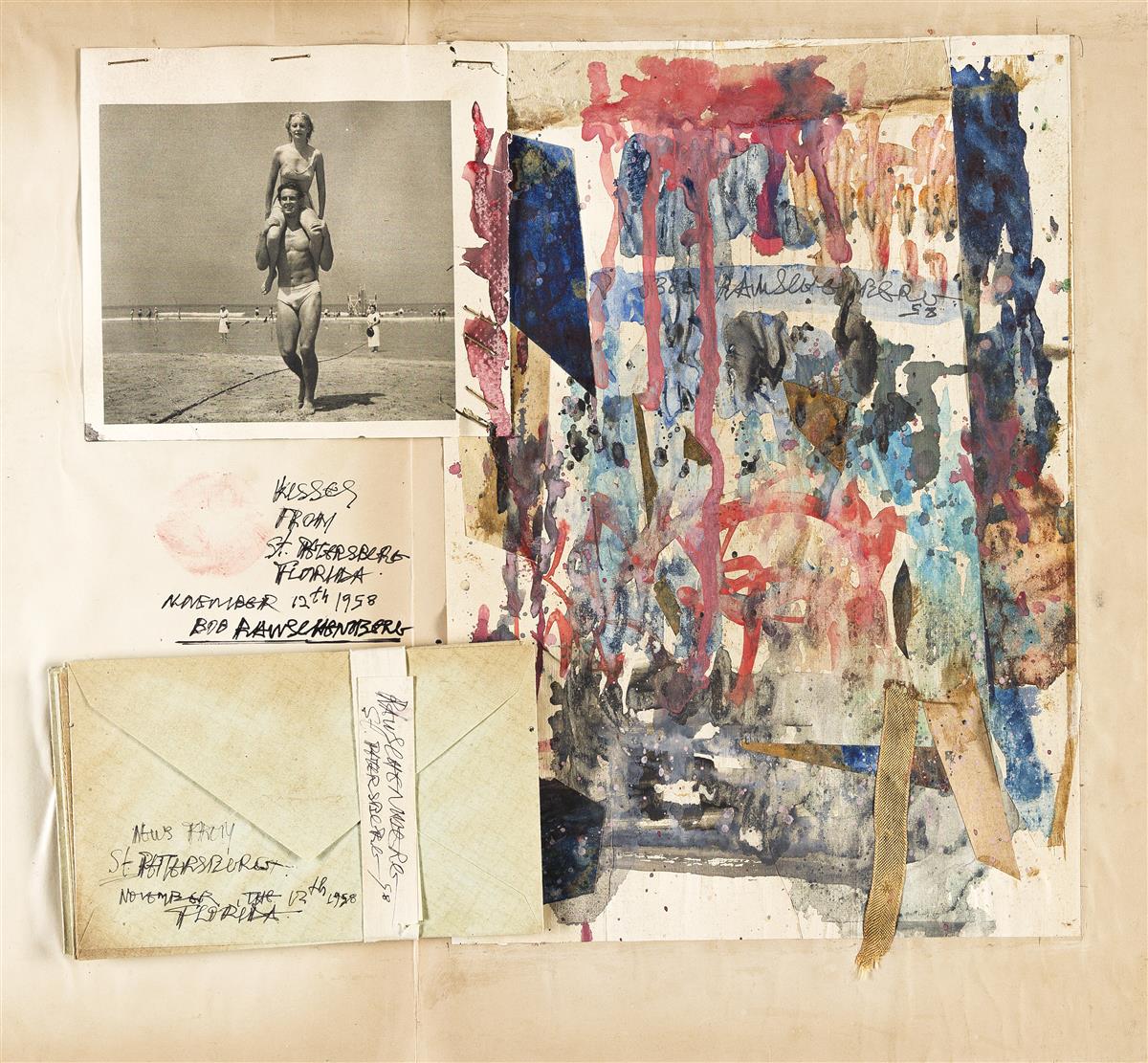