Provenance: private collection, Pennsyvlania. The painting has been in the same family for several generations. With a two page certificate of authenticity by Duncanson expert, art historian and curator Joseph D. Ketner II (1955 - 2018).

This charming Scottish scene was inspired by the tales of Doune Castle in Sir Edward Waverley's 1814 popular novel Waverly and by Duncanson's own travels in Scotland. It is also a rare painting by Duncanson to include a female figure as the subject.

Duncanson's career in the 1860s was interrupted by the Civil War and the upheaval that it brought to his life in Cincinnati. After a few years in Canada, Duncanson traveled throughout England and Scotland beginning in the summer of 1865. Upon his return to Cincinnati in the winter of 1866, Duncanson painted many sweeping, romantic landscapes of the Scottish Highlands based on his sketches and inspired by the poems and novels of Sir Walter Scott. Ketner describes how Duncanson "developed these sketches into larger, more ambitious paintings enlivened by staffage figures that alluded to literary sources" - his Pass at Levy, 1867, also creates a scene from the Waverley novels. Reflecting the popularization of Scottish legends in the late 19th Century, Duncanson's late paintings brought him commercial and critical success. Today Duncanson's landscapes are found in museum collections, including Ellen's Isle, Loch Katrine, 1871, at the Detroit Institute of Arts, Loch Long, Scotland, 1867, and Scottish Landscape, 1871, both at the Smithsonian American Museum of Art, Washington, DC. Ketner pp. 156 and 160-161.
Set Alert for Similar Items 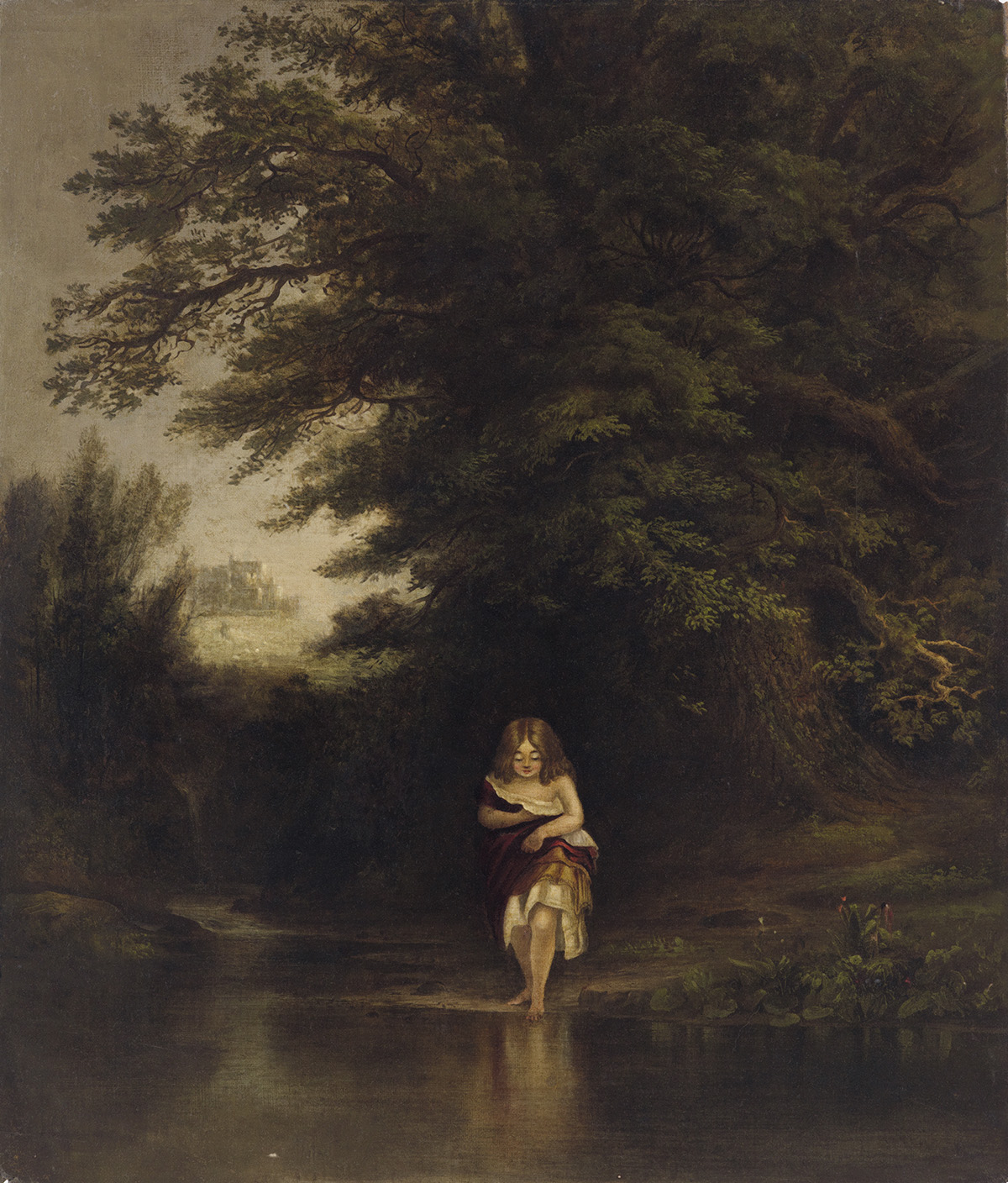