The original frontispiece drawing for Kent's famous first illustrated book. Kent created many such drawings of Rocky, along with numerous images of local scenery, and a now famous series of large-scale landscapes in oil during their father-son sojourn to Fox Island, Alaska during 1918-19. There the young artist rented a small cabin on a fox and goat farm to live in solitude and to recover from his troubled marriage and a world at war. In 1920, upon his return, Marie Sterner of Knoedler & Co. Gallery, New York, arranged a show of the Alaska drawings, including this work. There, publishing giant George Palmer Putnam was so impressed that he urged Kent to combine them with his letters and diary entries to create an illustrated narrative of his trip which Putnam published later that year as Wilderness: A Journal of Quiet Adventure in Alaska. The book was published just after the opening of a highly successful second Knoedler show featuring the Alaska paintings. The popularity of the two launched Kent's career and secured a long and successful relationship with Putnam who, on the heels of this first venture, helped him become the first "incorporated artist." The pencil sketch for this drawing is in the Houghton Library collection at Harvard.
Set Alert for Similar Items 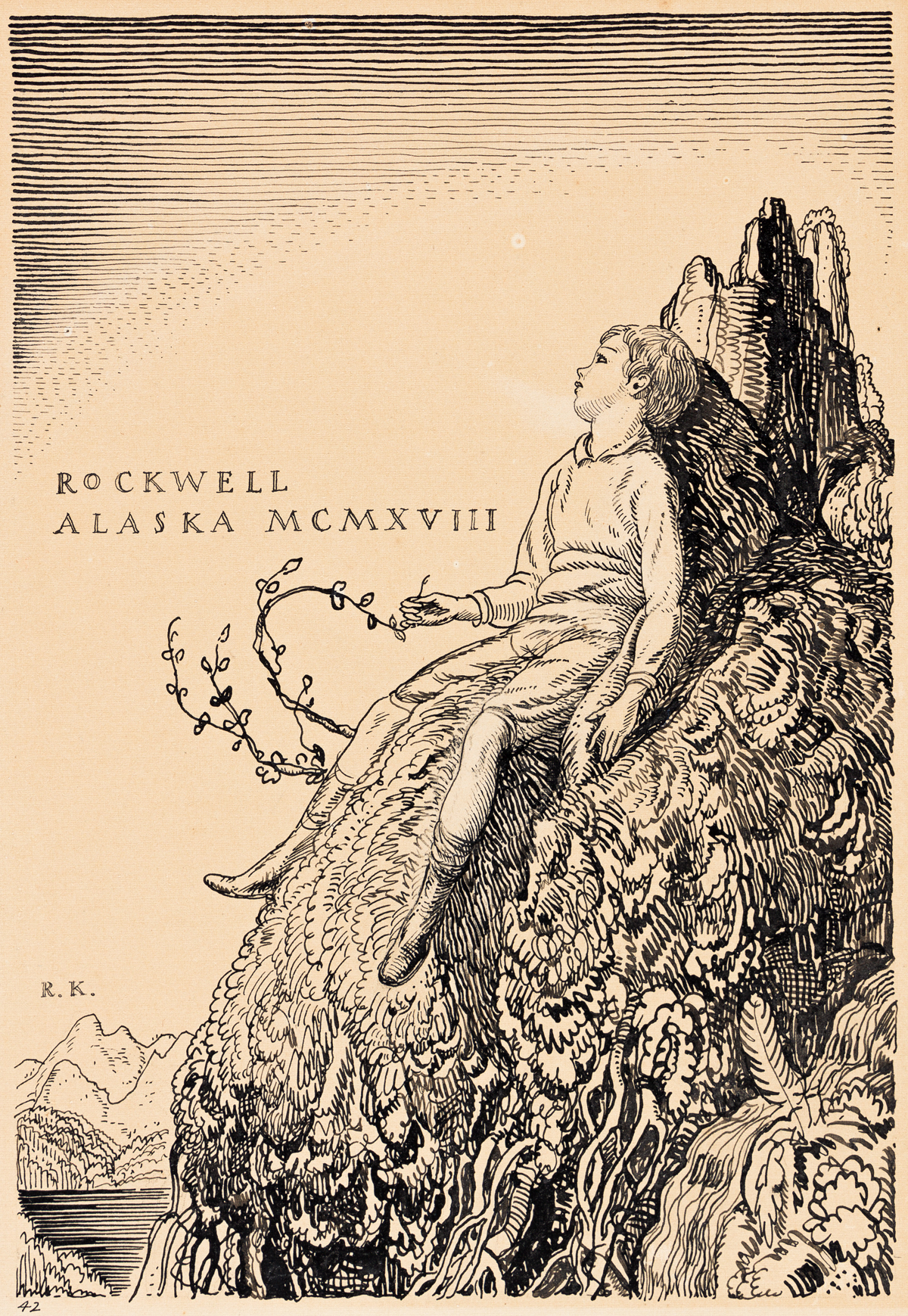