This collage is a wonderful example of Romare Bearden's seminal work in collage in the late 1960s. Early Morning is an important subject for the artist which he interpreted in various media, beginning with the photomontage projections of 1964. The central figure raises a lit candle to illuminate an interior scene with a female nude on the left and a male figure on the right - an image that recalls both Old Master compositions and memories of his youth in Mecklenburg County, North Carolina. 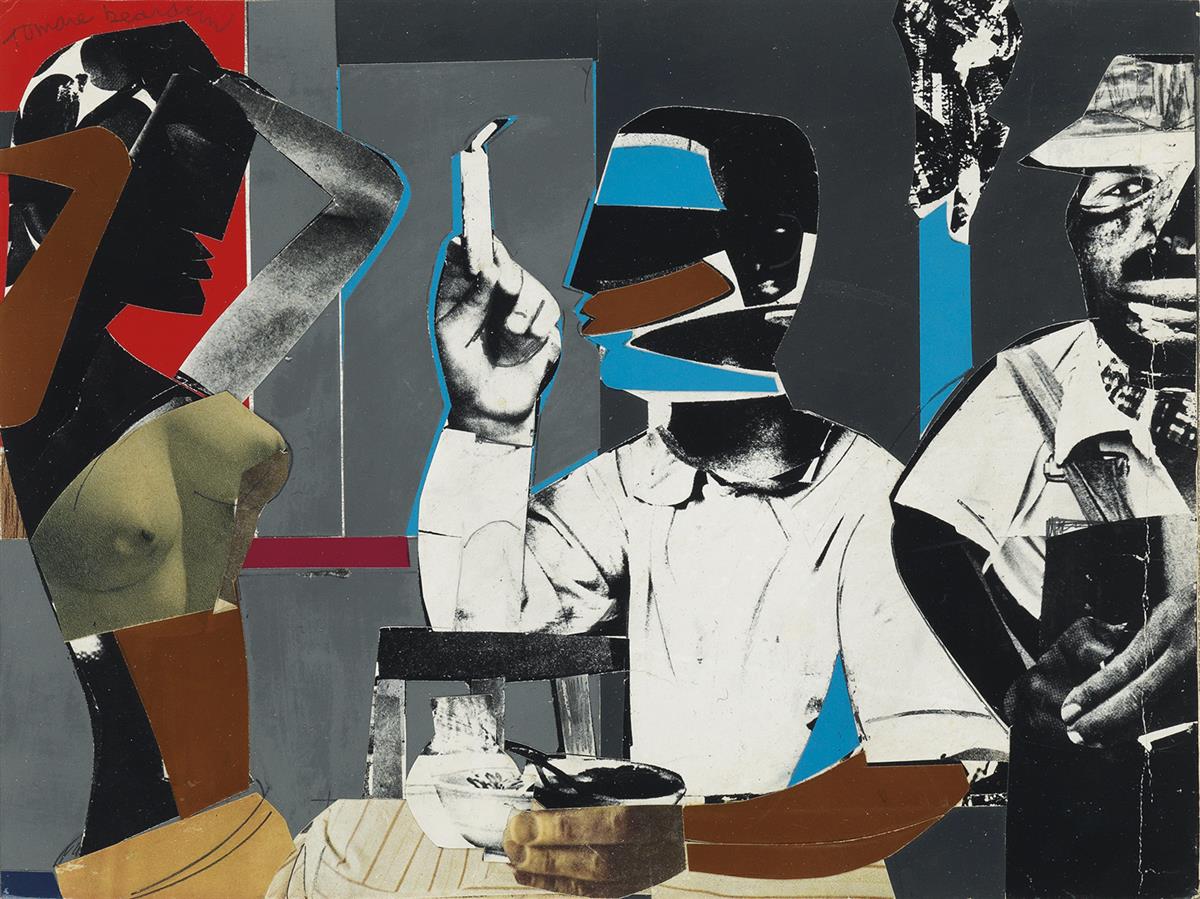