Romare Bearden's Obeah series of watercolors are an important period in the artist's late career. They represent both a culmination of his artistic freedom and expression in the medium, and his awareness of the traditions of his second home on the Caribbean island of St. Martin. The role of the Obeah is a well-known part of Afro-Caribbean communities and cultural history--typically, a woman who practices spiritual, herbal and mystical healing in her village.

Bearden described the mythological imagery of this watercolor with Professor Myron Schwartzman in his studio just before his 1984 exhibition Rituals of the Obeah:
"RB: This one is The Obeah's Choice. She has chosen this girl, but she's holding this part of her. And this girl can't go away, do you understand?
MS: I think so. And when she holds a person...
RB: She's taking some part of her; If she wants to change, go into a man or somebody else, she's got her. And that was the way I symbolized it."

The Obeah series also continues Romare Bearden's depiction of strong female figures, from his Conjur Woman to Maudell Sleet. Bearden's watercolors embrace different ideas of myth, superstition and the unknown, outside of the Western tradition, in a striking and lush expressionism. This watercolor is the third work from this series to come to auction. Schwartzman pp. 240-41.
Set Alert for Similar Items 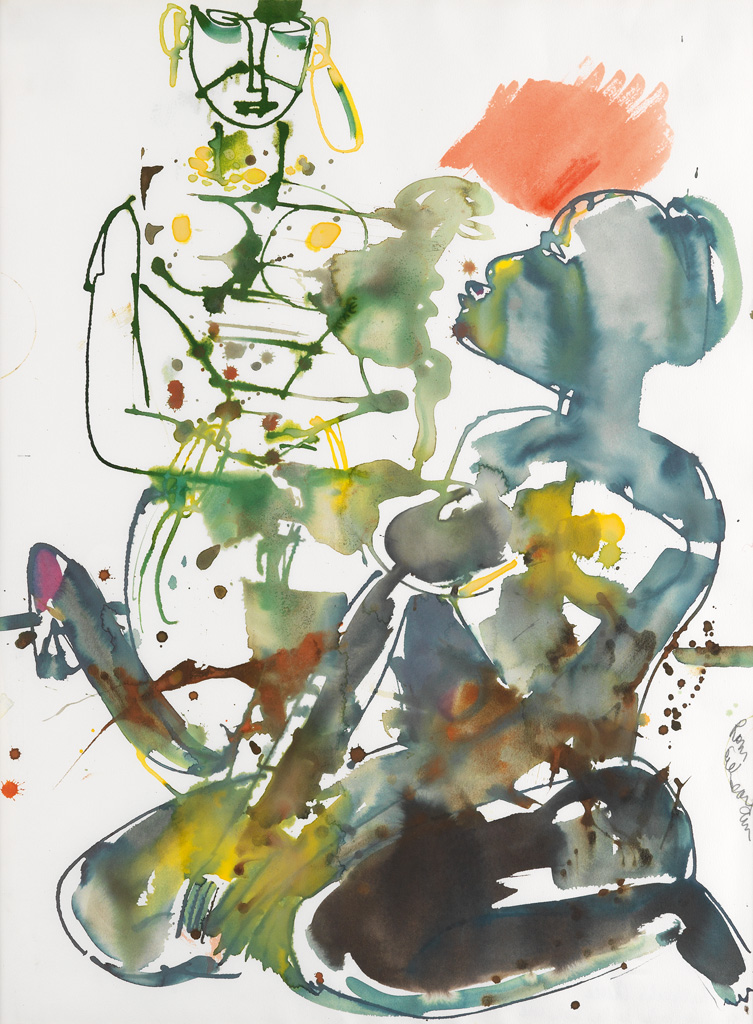