This beautiful, large canvas is an excellent and scarce example from Romare Bearden's period of abstract color field painting in the late 1950s. Romare Bearden's abstraction was influenced by non-Western intuitive approaches to imagery. In the mid-1950s, Romare Bearden had become interested in Zen Buddhism and had studied calligraphy and Chinese landscape painting with a Chinese calligrapher. His late 1950s works display less of an interest in the activity of action painting of expressionism, as described by his friend the writer Harry Henderson in a 1989 interview - "He found a rationale by studying Zen philosophy. His works were always serene and lacked the tremendous physical involvement employed by the Abstract Expressionists." Sharon Patton also described a "mystical elegance" in these abstract works, and the influence of Chinese painting is found in their asymmetry and an entry point into the painting. Patton illustrates this phase with Bearden's Blue is the Smoke of War, White the Bones of Men, circa 1960, from the Harry B. Henderson collection and sold at Swann Galleries on September 15, 2005. These beautiful paintings embrace accident, staining and the canvas fabric through a technique of pouring, staining and dripping. Bearden's period of experimental painting coincides with the more celebrated color field painting of Morris Louis and Helen Frankenthaler. Fine p. 222; Gelburd/Rosenberg p. 40; Patton p. 173.
Set Alert for Similar Items 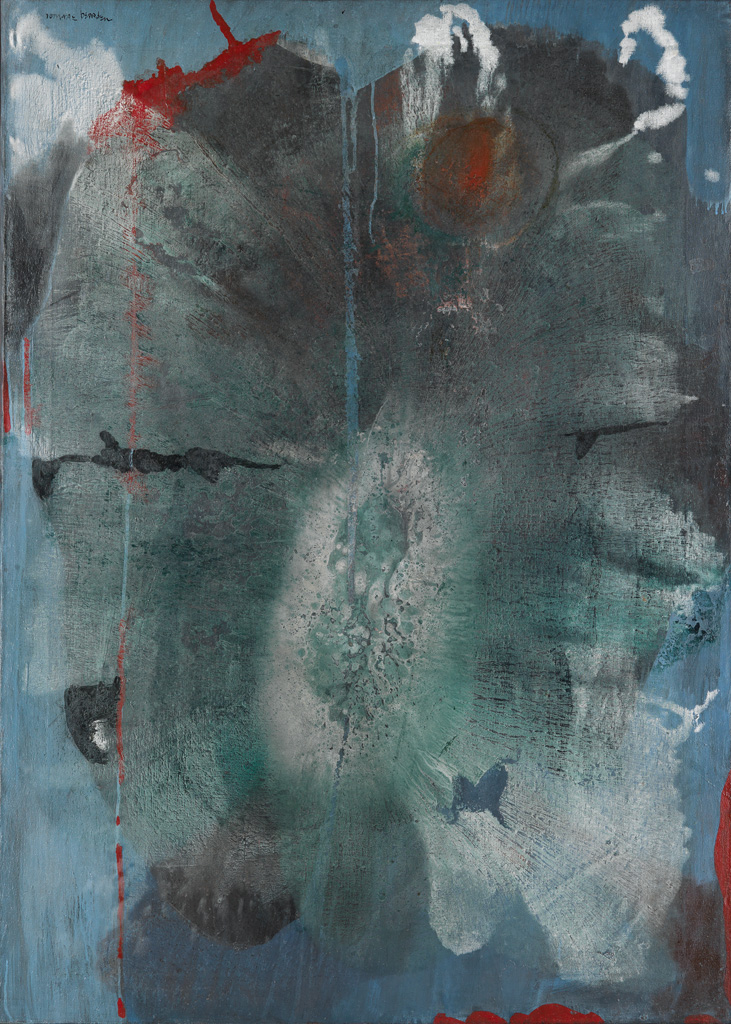