Wine Star is an excellent and significant example from Romare Bearden's period of abstract color field painting of the late 1950s. Bearden's development of abstraction was influenced by non-Western intuitive approaches to imagery. In the mid-1950s, Bearden had an interest in Zen Buddhism and studied calligraphy and Chinese landscape painting with a Chinese calligrapher. His late 1950s works display less of an interest in the activity of action painting of expressionism, as described by his friend the writer Harry Henderson in a 1989 interview - "He found a rationale by studying Zen philosophy. His works were always serene and lacked the tremendous physical involvement employed by the Abstract Expressionists." Sharon Patton also described a "mystical elegance" in these abstract works, and the influence of Chinese painting is found in their asymmetry and an entry point into the painting. Patton illustrates this phase with Bearden's Blue is the Smoke of War, White the Bones of Men, circa 1960, from the Harry B. Henderson collection and sold at Swann Galleries on September 15, 2005.

Bearden's abstract painting impresses with its vital fluidity and technical virtuosity. Roberta Smith's rave review of the 2020 DC Moore exhibition of Abstract Romare Bearden posits his abstract painting's significance; "they effortlessly claim a place in the history of American postwar abstraction, stain painting division." These beautiful paintings embrace accident, staining and the canvas through a technique of pouring, staining, dispersion and dripping. While Bearden's period of experimental painting is later than the mid-1950s celebrated color field painting of Morris Louis and Helen Frankenthaler, his experimentation was independent; as Smith put it simply, "Bearden developed it on his own". This notable chapter in his development has been largely overlooked until recently. The abstraction of Bearden is now the subject of a national traveling museum exhibition organized at the Neuberger Museum of Art by its director Tracy Fitzpatrick. Fine p. 222; Gelburd/Rosenberg p. 40; Patton p. 173.
Request Condition Report Set Alert for Similar Items 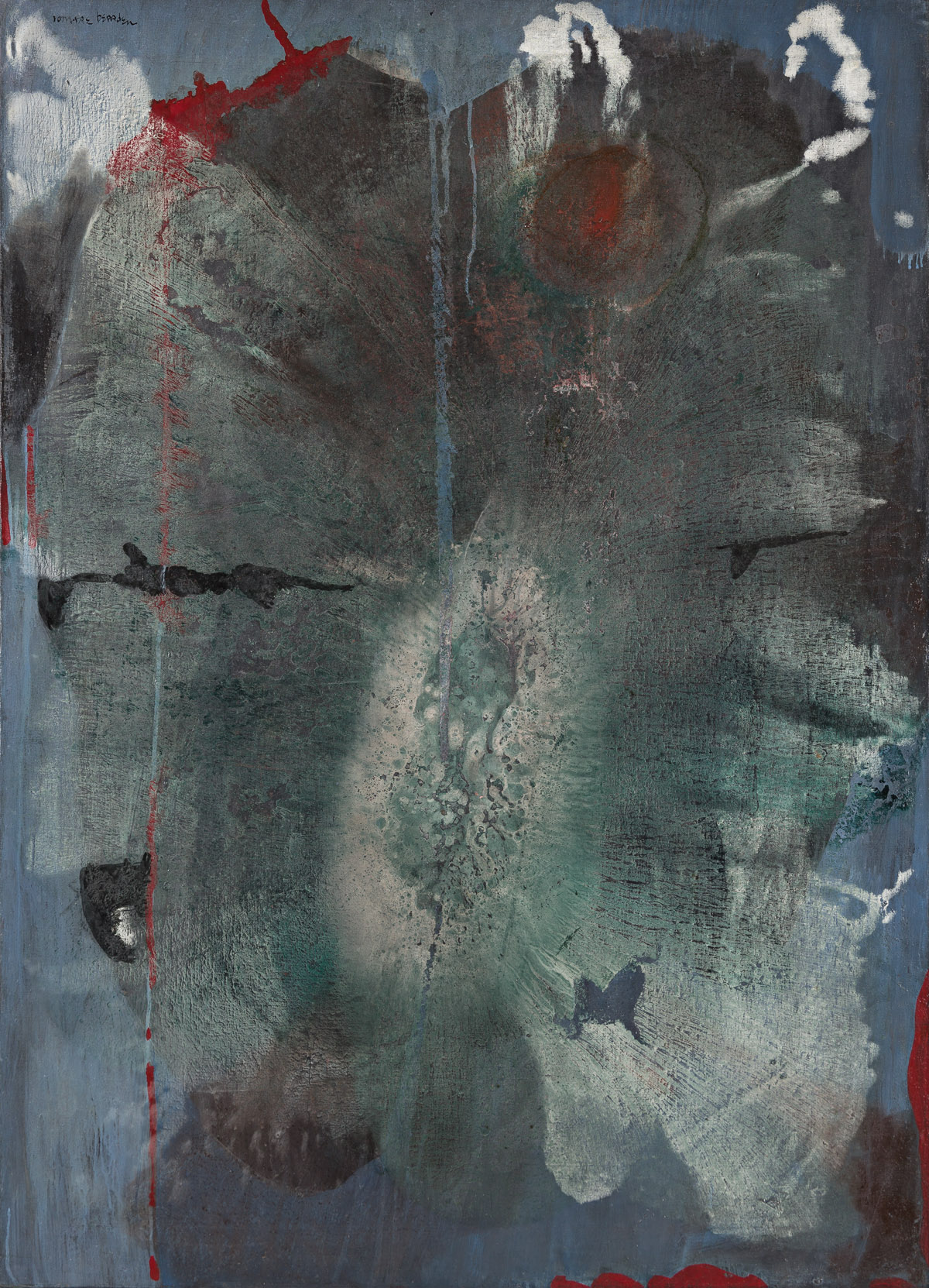