In Reverie, Lichtenstein blended two pieces of popular culture—jazz music and comic books—together. Mitchell Parish's lyrics from the song Stardust by Hoagy Carmicheal emanate from the figure's mouth and evoke a nostalgic lingering of a past time when two lovers were still together. The subject choice may have been rooted in the Lichtenstein's love of jazz. It is combined with his characteristic use of the comic book as the figure is based on a character in Secret Heart (a popular romance comic book from the 1960s).

When this work was published, Lichtenstein had already established a relationship with printmaking—he first practiced it when studying at Ohio State University and would continue to experiment on his own with different forms in the years leading up to the publication of Reverie. However, despite printing approximately 30 works on his own, he viewed Reverie as his first fine art print. He was hands-on in the development of this early color screenprint, working through the proofing process, as in this unpublished proof, to the final published impressions. Corlett 38.
Set Alert for Similar Items 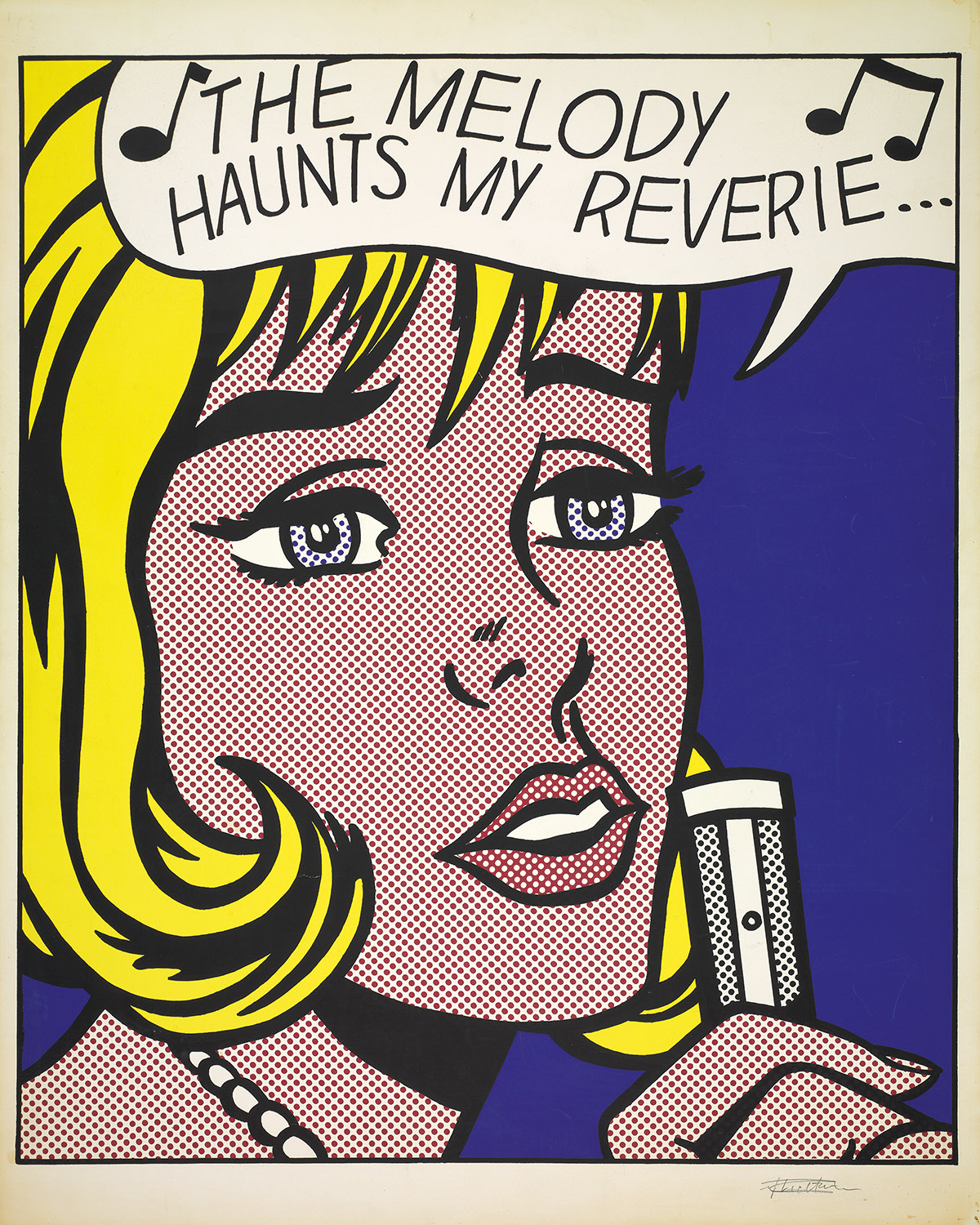