According to Corlett, "The image on the fabric was designed by Lichtenstein. It was made into a dress, designed by Lee Rudd Simpson specifically for Lichtenstein's friend Letty Lou Eisenhauer to wear to his opening at the Galerie Ileana Sonnabend in Paris in 1965. In addition to the dress, one other panel is known to exist."

Corlett cites the dress, now in the the Kyoto Costume Institute, Japan, and another panel listed on the Roy Lichtenstein Foundation, New York, website.

The current panel is from a private collection, acquired directly from the artist, of one of the collaborators on the dress project who assisted Lee Rudd Simpson with the design and fitting of the dress. According to the collector, there were likely additional panels given to Simpson and another collaborator on the project (possibly Spike Landsman, according to the collector).

Lichtenstein conceived this personal project ultimately as a dress design for his then girlfriend and fellow artist Letty Lou Eisenhauer to wear to the opening of his solo exhibition at Galerie Ileana Sonnabend, "Roy Lichtenstein," June 1–30, 1965, and only one dress was made from the several panels produced in the extremely limited run.

A similar sunrise design was incorporated by Lichtenstein for a more widely circulated offset color lithograph, published by Leo Castelli Gallery, New York, that may have been used promotionally for one of several shows in which Lichtenstein's work appeared at the Castelli Gallery during 1965 (see Corlett II, 7) as well as an oil painting and several enamels on metal also from 1965. His earliest use of the sunrise motif dates to 1964 in two separate oil paintings. These sunrises were appropriated from the backgrounds of cartoon scenes and as such directly tie-in to the comic-inspired work that launched his career as one of the foremost Pop artists starting in the early 1960s. Corlett III. 42.
Set Alert for Similar Items 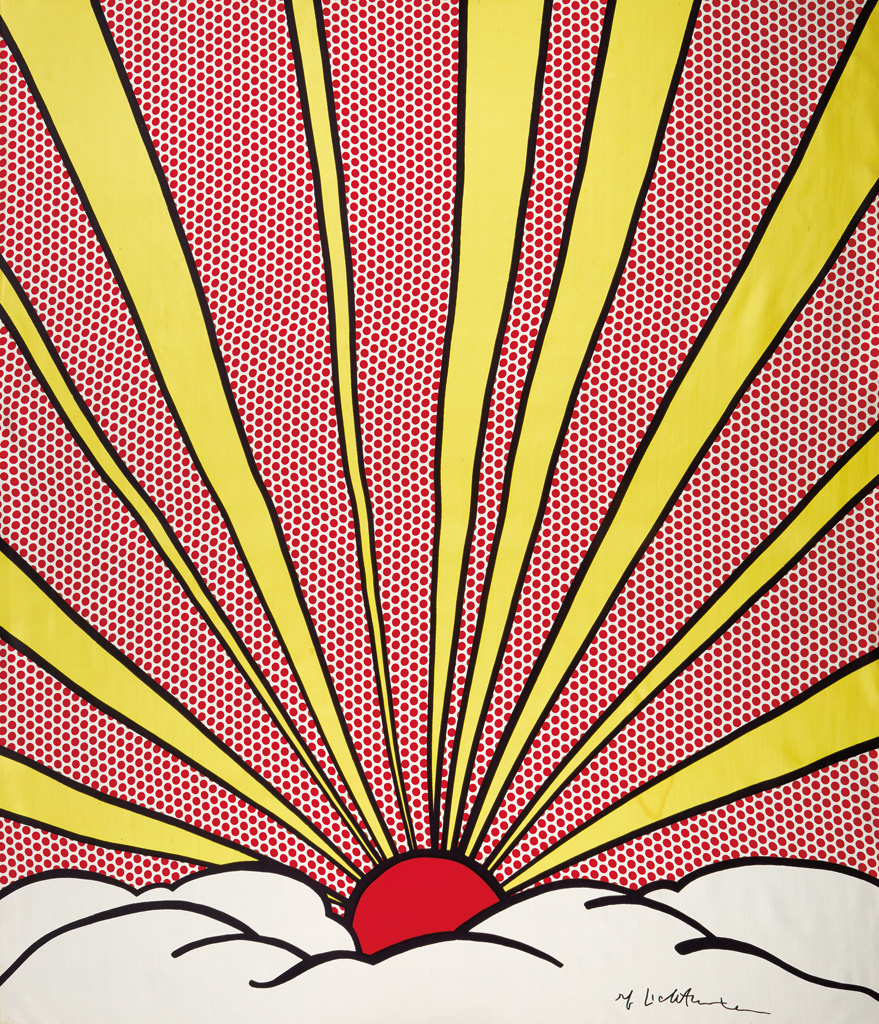