Rudolph Dirks was hired by William Randolph Hearst's New York Journal at the height of its circulation war with Joseph Pulitzer's rival paper, New York World. Hearst's editors commissioned Dirks to develop a Sunday comic based on Wilhelm Busch's popular prankish German character duo, Max and Moritz, in order to compete with the successful comic Down in Hogan's Alley in Pulitzer's World. Dirks created The Katzenjammer Kids, which starred Hans and Fritz, naughty protagonists who rebelled against the authority of "Mama" and "der Captain." After fifteen years of success, Dirks wanted to take a temporary year-long hiatus, which was denied by the syndicate. When he left without permission, Harold Knerr took over the strip. Dirks sued, but despite a long legal battle, Hearst was allowed to continue the strip's publication under Knerr's direction. However, Dirks was permitted to create a nearly identical strip for the rival Pulitzer paper in 1914, which he initially titled Hans and Fritz, but later renamed The Captain and the Kids due to rising anti-German sentiment during World War I. With similar plotlines and characters, the two comics soon achieved near equal popularity. This comic is a fine example of the chaotic world created by Dirks where the pranks carried out by Hans and Fritz wreak havoc upon the relationships between "Mama," "der Captain," "King Bongo," and his queen.

Dirks made significant contributions to the graphic language of comic strips throughout his lifetime. Though not the first to use sequential panels or speech balloons, he influenced their wider adoption. Dirks is also often credited with popularizing the use of speed lines, "seeing stars" for pain, and "sawing wood" for snoring.
Set Alert for Similar Items 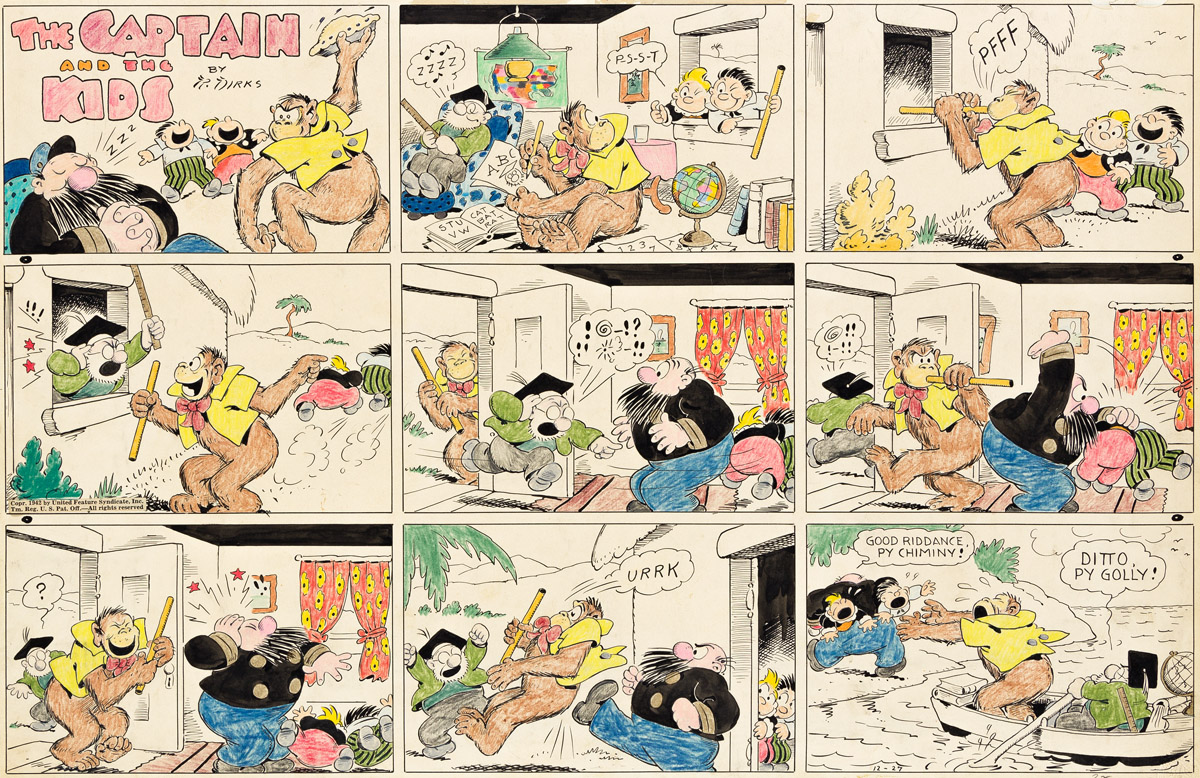