Price Realized: $ 90,000
Price Realized: $ 112,500
?Final Price Realized includes Buyer’s Premium added to Hammer Price
Estimate: $ 50,000 - $ 70,000
RUSCHA, EDWARD. Stains. Title page, list of plates, justification leaf, and the 76 stains (12 x 11 inches; 300 x 275 mm, sheets), laid in loose, as issued, on wove paper, apart from final one which is printed (presenting as offsetting) on the silk lining at the rear of the folding case. The complete portfolio, comprising the 76 examples, all but the last numbered in ink at one corner; housed in the original silk lined black cloth folding case lettered in silver. Signed in black ink on the justification by Ruscha, hand numbered 16 of 70 copies. "The activities of Ruscha's infant son may have awakened the artist to the possibility of using organic substances as agents for imagery. In the year following his son's birth, Ruscha produced the portfolio Stains, a series of loose pages that he stained with random blobs of such foodstuffs as egg yolk, cabbage, and milk, plus other substances a baby is not normally involved with, such as India ink and nail polish" (Phillpot, p. 71). An extraordinarily well-preserved example and among the most elusive of Ruscha's numerous publications. Hollywood: Heavy Industries Publications, 1969
Set Alert for Similar Items 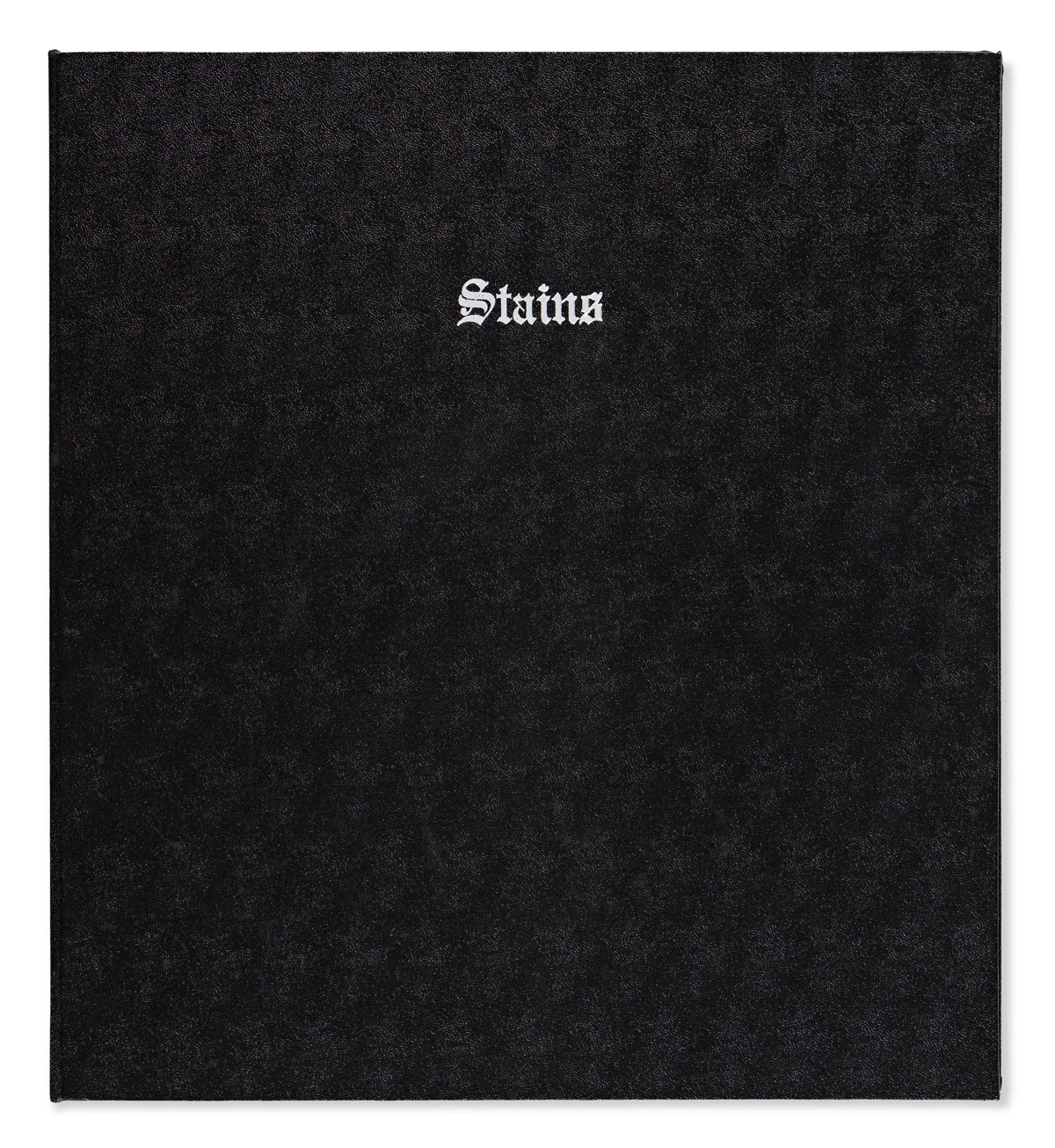