Three folio volumes, a mixed edition, first two volumes third edition, third volume second edition; illustrated with text woodcuts throughout the set, (including one full-page map and one full-page plan) and all seven double-page woodcut maps and views (including the map of the entire western hemisphere, and others depicting Brazil and Newfoundland) present in the third volume as called for; lacking the three double-page maps of Africa, India, & Indochina present in some copies of the first volume (see Sabin 67732 comment); ex libris the court library of Donaueschingen, inscribed, "Frobenius Comes In Hellffenstein," on each title page, a few inconspicuous uses of the Donaueschingen stamp in each; all four volumes uniformly bound in full contemporary limp parchment, without repairs, final blank in the first volume not present, the final blank in the third volume appears integral, some discoloration to bottom edges of textblocks; contents crisp; lacking ties; sold as lot 75 in Sotheby's 7 June 1982 sale; 12 1/2 x 8 1/2 in. (3)

Often called the Italian Hakluyt, Ramusio compiled narratives of travel and exploration, publishing the accounts of more than ninety-five early western navigators. Here we find descriptions of the experiences of Marco Polo, Coronado, Cortes, Cartier, Peter Martyr, and many others, with tales from around the widely-expanding "known" world. Many sets of mixed editions are known, but few sets rival the present for its pristine condition and noble provenance. 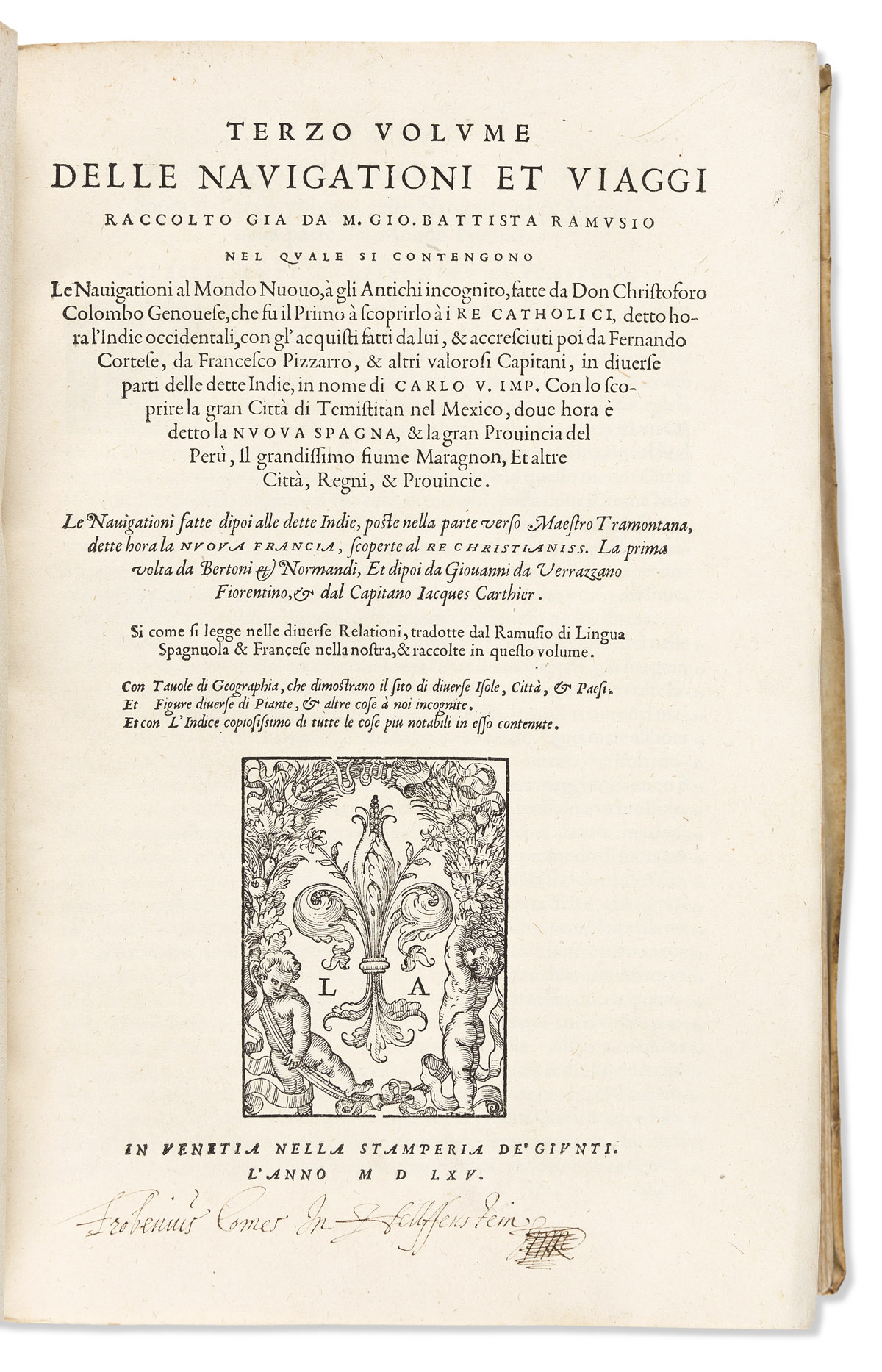