Muse #1 is an excellent example from one of Sam Gilliam's 1982 "D" series of paintings. This body of work introduced a new, heightened physicality to his abstraction, and was a marked departure from the stained canvases of the 1970s. In the "D" series, Sam Gilliam not only combined the techniques of troweling thick skeins of acrylic paint with large collaged and stitched canvases, but added a shaped aluminum element to the lower right hand corner. His "D" canvases also included several series in 1982, including the To Braque, To Miro and Tholos Revisited series. Several examples from the Muse series were exhibited in Red & Black to "D": Paintings by Sam Gilliam, the Studio Museum in Harlem, New York, November 16, 1982 - February 27, 1983, and Modern Painters at the Corcoran: Sam Gilliam, Corcoran Gallery of Art, Washington, DC, March 24 - May 22, 1983.
Set Alert for Similar Items 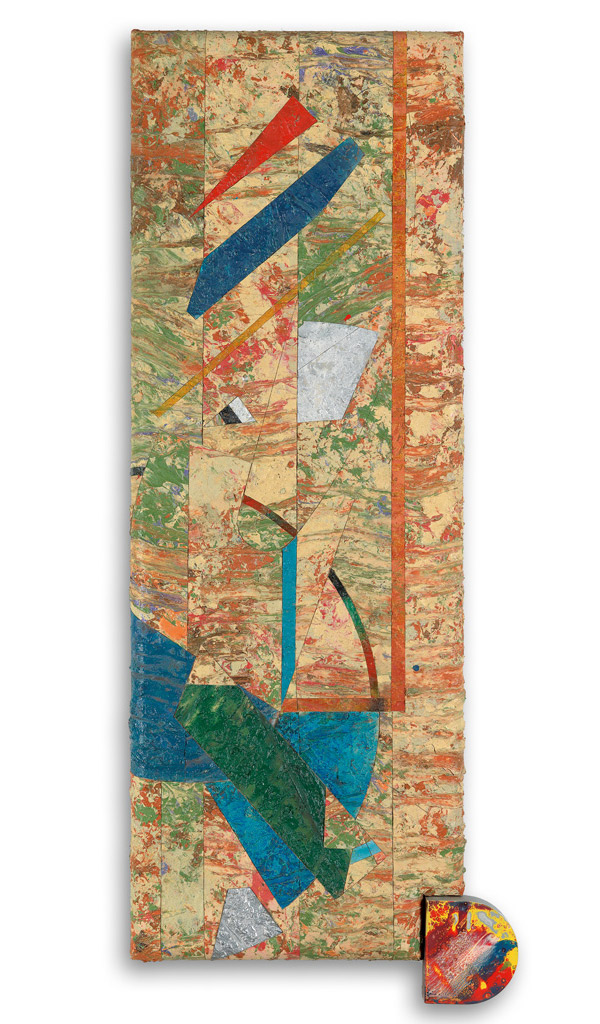