What Did You In London Town? is a large and beautiful example of Sam Gilliam's experimental color field painting in the early 1970s. This canvas is a scarce painting from Gilliam's Ahab series intriguing body of work made in 1973, between the stained paintings of 1970-72 and the collaged paintings of the mid- to late 1970s. These beveled edges paintings reveal Gilliam's further exploration of texture and paint surfaces that he added to stained canvas - the verso of What Did You In London Town? reveals a brightly colored stained canvas. It's built-up surface has many fine raised areas, edges and intricate pools of paint that are contrasted by strong diagonal elements and almost sculptural reveals of the underlying stained areas.

The painting was one of the highlights mentioned by Jay Kloner in his lengthy 1978 Arts Magazine review of Sam Gilliam's 1978 exhibitions at both Carl Solway and Fendrick Gallery in Washington, DC. Kloner describes this 1973 body of work: "The search in the Ahab Series was for the ultimate white painting, which will be rediscovered in the white collages of 1976. Still, certain works of this period are striking culminations for their subtlety of color, atmosphere, and composition...London Town...employs broad white slashes which cross other light tints diagonally, giving rise to a drama of energy and movement." Other examples from this experimental 1973 period are Rubiyat, in the collection of Di and Lou Stovall, and illustrated in Binstock, and Scatter Pisces, sold at Swann Galleries on December 15, 2015. Berg 65; Binstock p. 88; Kloner pp. 150-153.
Set Alert for Similar Items 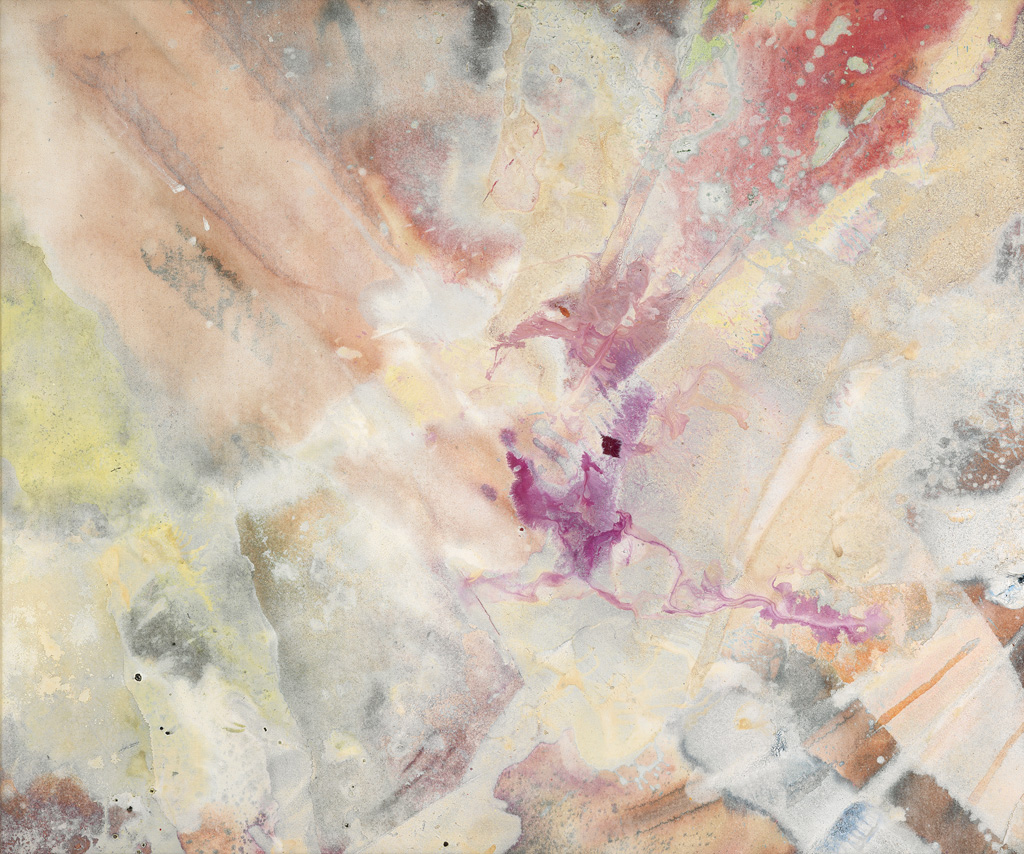