Exhibited: The Hall of Negro Life, the Texas Centennial, Dallas 1936. The United States Texas Centennial Commission momentously decided to provide $100,000 to make possible the first ever "cross-sectional view of Negro life" at a major exposition. Exhibits were created to cover six areas: education, fine arts, health, agriculture, mechanical arts, and business. The Hall of Negro Life had more than 400,000 visitors; this was certainly the first major exhibition of African-American art in the West.

Samuel Countee was born in Marshall, TX, and grew up in Houston. He studied art through high school and college--he graduated from Bishop College in Marshall in 1934. His career was launched with his painting Little Brown Boy's acceptance to an exhibition of the Harmon Foundation in 1933 and later published in Alain Locke's seminal The Negro in Art. The Harmon Foundation also awarded him a scholarship to attend the School of the Museum of Fine Arts, Boston. Countee exhibited in several significant exhibitions of African-American art in the 1930s in New York, and showed My Guitar often.

The painting reached a tremendous audience at the Texas Centennial Exposition, where it was shown with works by the era's most celebrated African-American artists: painters Aaron Douglas, Henry Ossawa Tanner, Allan R. Crite, Palmer Hayden, Archibald Motley, Jr., James Wells, Laura Wheeler Waring, Hale Woodruff and Malvin Gray Johnson, and sculptors Richmond Barthé, Leslie Bolling, Arthur Diggs and Hilda Brown. My Guitar was voted the most popular artwork of all those exhibited. Countee moved to New York and continued to show his artworks through the 1950s--winning first prize in the Eleventh Annual Atlanta Exhibition art competition in 1952. Today, his paintings are very scarce; one is found in the collection of Fisk University.
Set Alert for Similar Items 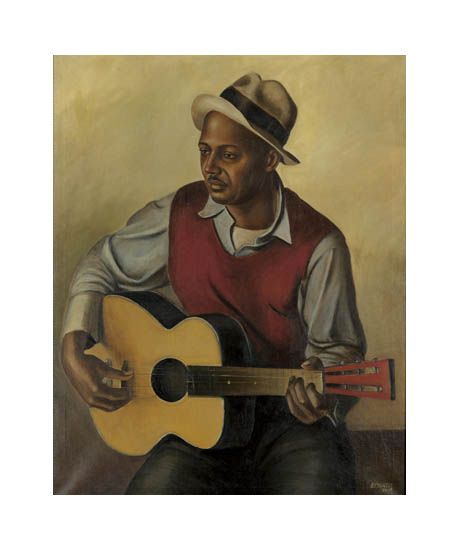 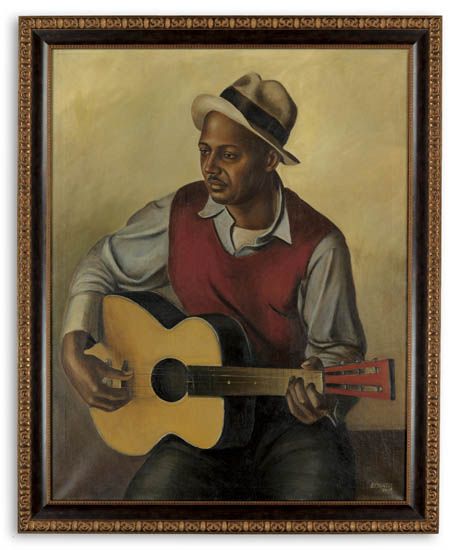