Likely part of the Gifford estate sale, 1881, with the red ink stamp, verso.

Gifford (1823–1880) was a second-generation Hudson River School painter, who carried on the landscape tradition of Thomas Cole along with contemporaries such as Frederic Church and Albert Bierstadt. In addition to memorializing American vistas, Gifford traveled to Europe to depict foreign scenery on two occasions (1855-57 and 1868-69).

The Parthenon was largely destroyed in 1687 following a massive explosion, having been used as a gunpowder magazine by the Ottoman Turks, and was not restored to its current appearance until the 1970s/80s.

The current lot relates to a painting of the same subject, Ruins of the Parthenon, in the collection of the National Gallery of Art, Washington, D.C. (Corcoran Collection, 2014.79.20). Gifford painted this subject both en plein air and after sketches made during a visit to Greece in 1869.

We would like to thank Dr. Kevin J. Avery, Associate Curator (retired), Department of American Art, The Metropolitan Museum of Art, New York, for his assistance with the research for this painting.
Set Alert for Similar Items 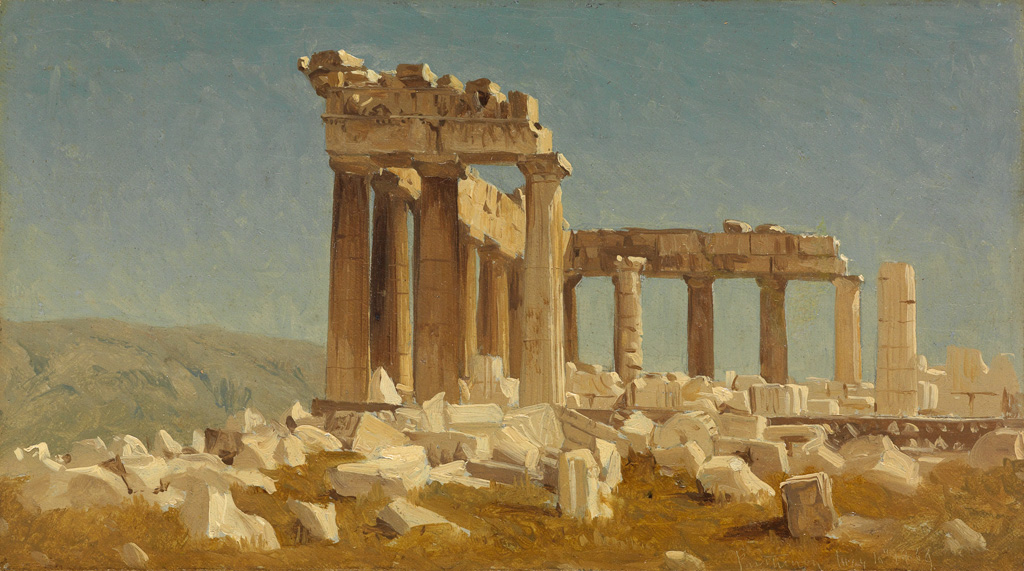