Price Realized: $ 8,500
Price Realized: $ 10,625
?Final Price Realized includes Buyer’s Premium added to Hammer Price
Estimate: $ 2,000 - $ 3,000
"EINSTEIN WANTED TO MAKE THE DANGERS OF ATOMIC WEAPONS CLEAR TO THE WORLD" SCHWEITZER, ALBERT. Archive of 12 letters and notes, to aphorist Hans Margolius ("Dear Friend" or "Dear Mr. Margolius"), in German, including 7 ALsS, two ANsS, an AL, an AN, and a NS, discussing his aphorisms, remarking that he is working on the philosophy of Reverence for Life, complaining that he has insufficient time for letters of friendship, granting permission for him to use his remarks on Margolius's aphorisms, discussing his work against nuclear weapons and mentioning that it began with his friendship with Albert Einstein, observing that nuclear weapons are a violation of human rights, remarking that there are some 40 Albert-Schweitzer-Schools in Germany, stating that his hospital was intended to have 50 beds but it now has 600, mentioning recent work on Jewish thought, etc. Some of the notes or letters are written on the same sheet as letters or notes by one of his secretaries, Mathilde Kottmann or Emma Haussknecht, each also to Margolius. Together 16 pages, 4to or smaller, some on onionskin paper, one on postcard, some with address in Africa or Europe stamped in ink at upper right; 1947 letter with separations at folds repaired with cello tape affecting several words and lower edge chipped with loss to most of line including signature, some with punch holes in left margin with loss to few words of text, few with faint scattered foxing. Vp, 1926-65
Set Alert for Similar Items

25 December 1959, ALS: ". . . I took up this work [campaigning against nuclear weapons] as a friend of Einstein. We knew each other since his time in Berlin. It was a very intense friendship. In his last years, Einstein wanted to make the dangers of atomic weapons clear to the world, but no one listened to him. He suffered terribly as a result. He died in a state of despair. . . ."
7 February 1965, ALS: ". . . Only by being attentive to and involved in creation do we truly become human. . . . I could not bear the fact that European philosophy does not deal with the problem of our relationship to creation. . . .
". . . . Friendship is something deep and beautiful. In the quiet of Lambaréné, animal friendships flourish. Three hippopotamuses spend some nights on the bank by our hospital because they know that no one will harm them there. . . ." 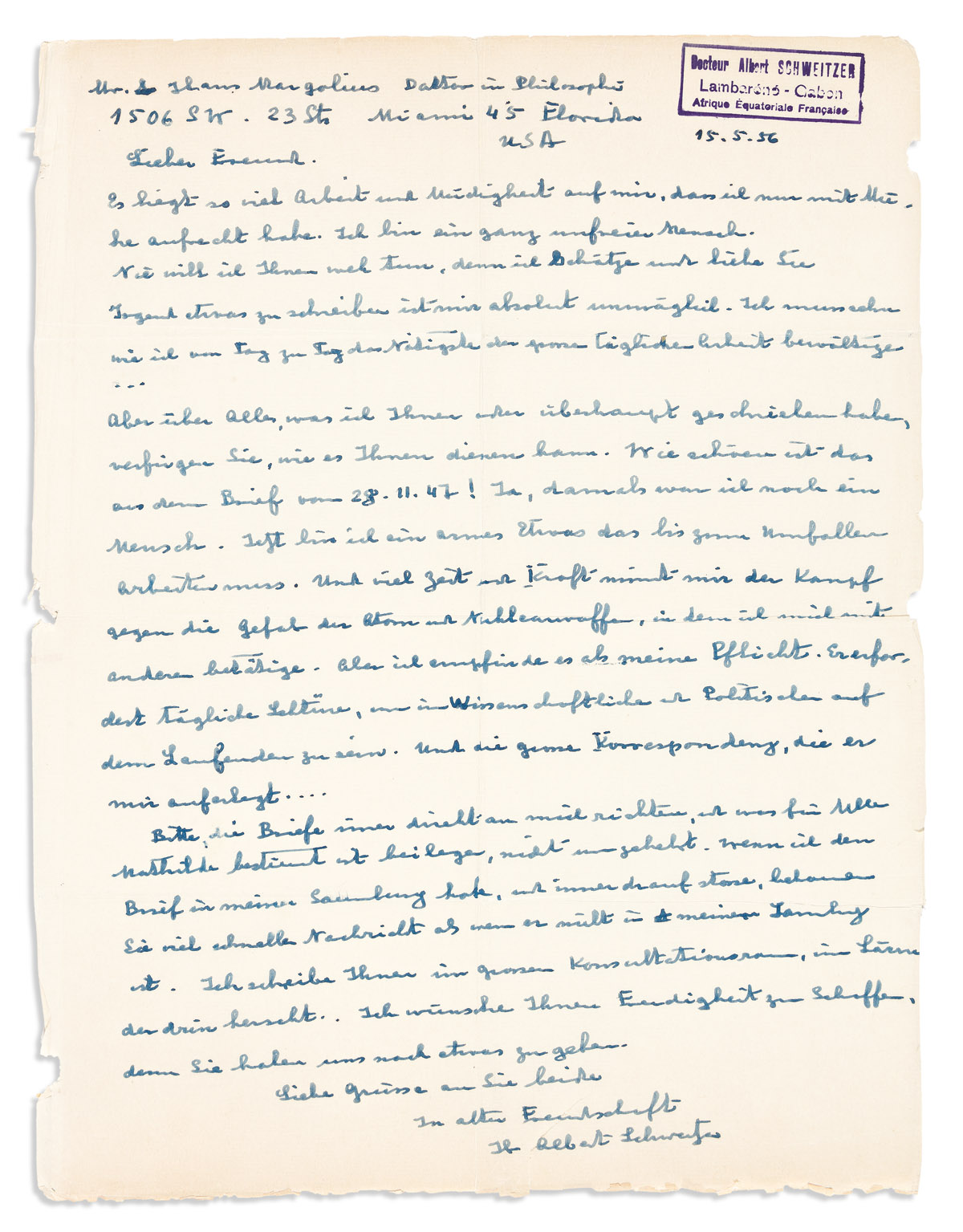 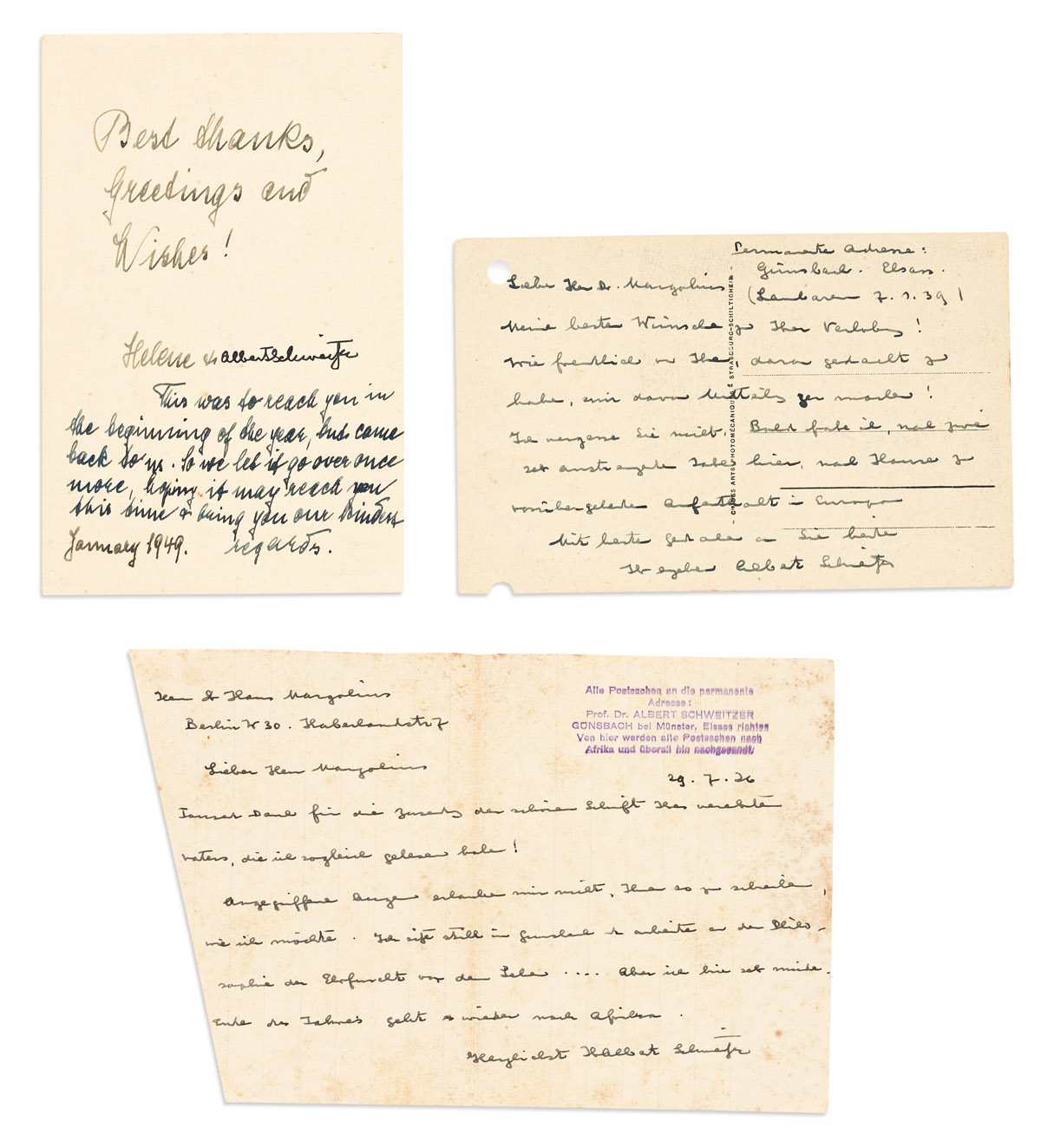